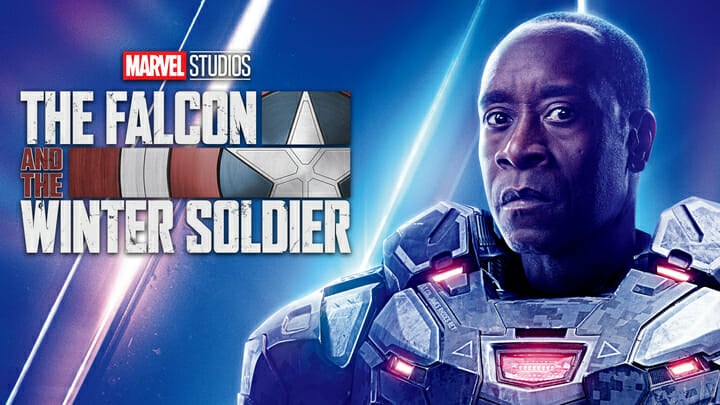 The Marvel Cinematic Universe is expanding! Along with an exciting slate of blockbuster movies, Disney+ is playing host to a whole heap of exclusive shows, all currently at differing stages of production. The first show WandaVision has hit the ground running and shown us how the MCU is becoming more interconnected. As well as the titular Avengers, classic supporting characters such as Darcy Lewis and Jimmy Woo have also made an appearance. Now, it would seem that The Falcon and the Winter Soldier has another iconic character appearing. In a recent interview with BroBible Don Cheadle AKA James ‘Rhodey’ Rhodes may have accidentally announced his appearance.

“It’s really a fun and interesting and, by all imagination, completely open-ended — this can go anywhere. It’s great, I can’t wait to get in the room with the writers and figure out how all those things [connecting Armor Wars to the MCU] happen. You know, Rhodey shows up in Winter Soldier and Falcon’s show. So, it can be a lot.”

Cheadle may well have accidentally leaked information about an upcoming appearance. The two shows connecting does make sense, given that Sam and Rhodey are in similar positions, both having to continue the legacy of their mentors. It also opens up the wider universe and gives us a little more information into the role that War Machine will play, post Endgame. Perhaps Sam and Bucky will go to Rhodey for help with something. However he features its definitely exciting to see Cheadle return and find out a bit more about what’s in store for his character.