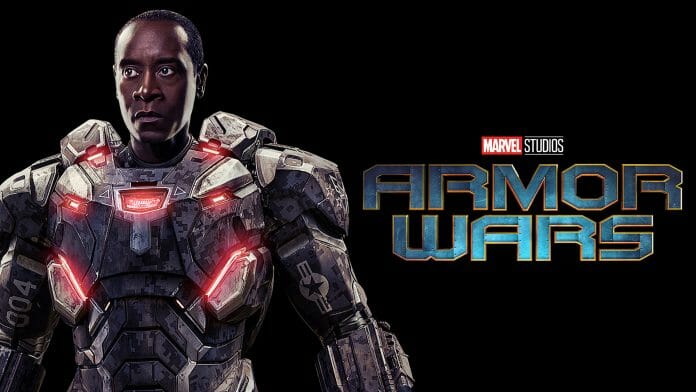 Christmas came early for Marvel Studios fans last year in the form of the Disney Investor Day presentation. In a segment near the end, Marvel Studios President and CCO of Marvel, Kevin Feige announced a packed slate of new Marvel projects, coming in the next couple of years. One of those projects comes in the form of of an ‘Armor Wars’ series for Disney+ Few details were given, except that fan favourite Don Cheadle will reprise the role of James Rhodes. At some point, the Tony Stark designed tech used in Rhodes’ armour falls into the wrong hands.

In a recent interview with BroBible, Cheadle confirmed his appearance in upcoming Marvel Studios Disney+ series The Falcon and the Winter Soldier, meaning that the two shows may connect. Although Armor Wars doesn’t have an official release date yet, it looks as if they are aiming at March to start writing the scripts.

He also gives an insight into what we can expect to see in regards to Rhodey’s journey post Endgame.

“The death of Tony Stark, I’m pretty sure will play a role in the series, where we’ve been sort of progressing Rhodey—even in the last film where he’s now up again and he’s now walking again and he’s now mobile again—so as the technology continues to develop and we keep making innovations in the suit and what happens, I imagine there’s gonna be another elevation and another way that we’re going to keep digging into that part of Rhodey.”

It’s inevitable that a show focused on the Armor War storyline will connect to Tony Stark. Another confirmed series is Ironheart, and given events seen in both Spider-man Far From Home and WandaVision its clear that the fallout of the ‘Blip’ will continue to shape events within the MCU.