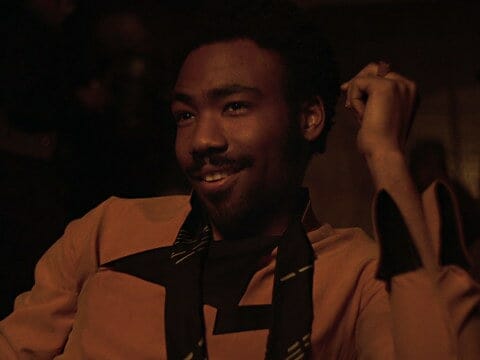 According to video podcast Kessel Run Radio, there are new reports that Disney+ is working on a Lando Calrissian spin-off series, and Donald Glover is in talk to reprise his role as the smuggler.  Sources say Donald Glover has either signed on or is very close to signing on for the project.

Fans are speculating the new Lando series would most likely be a prequel to the original trilogy, or it’s possible the story would pick-up immediately after Solo.

You can watch the podcast segment where they discuss the possible series below: