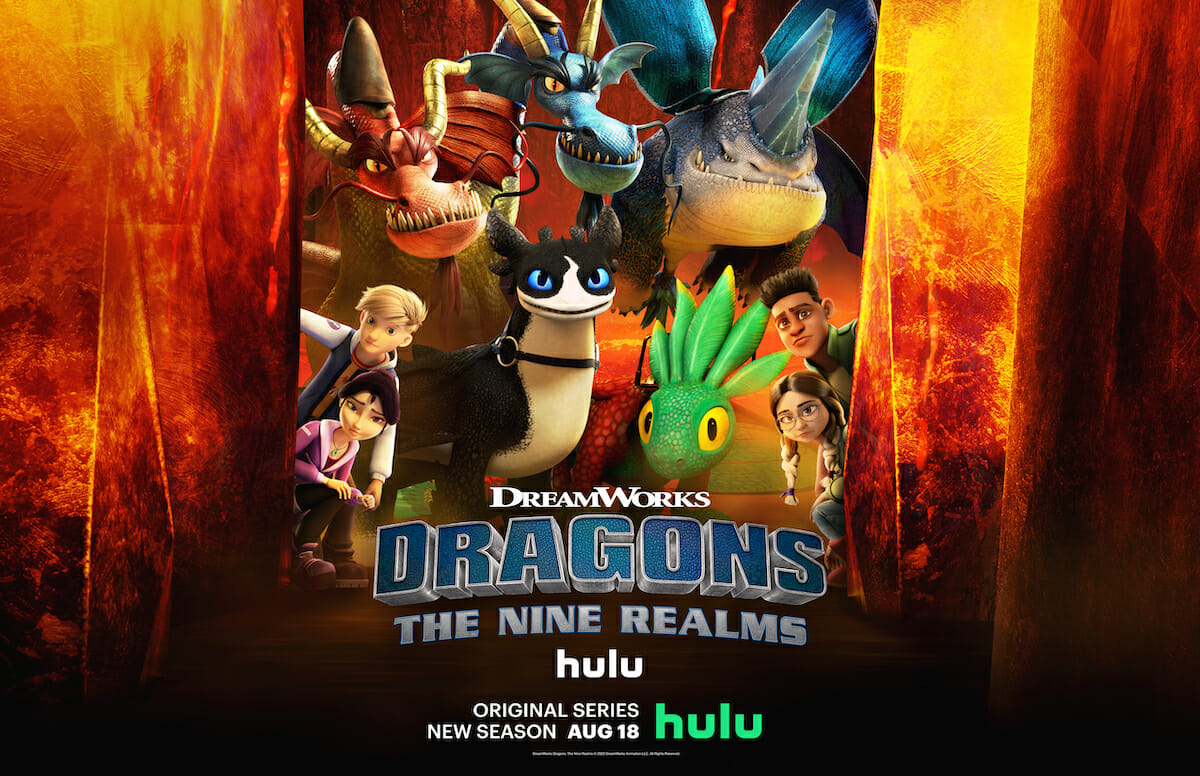 Hulu has released a trailer for Season 3 of ‘Dragons: The Nine Realms’ which releases on Hulu on Thursday, August 19, 2022/

The discovery of the Fire Realm poses a challenge as the Dragon Riders struggle to traverse it safely. Meanwhile, the unhinged Buzzsaw is on the lookout for a mysterious “Lightning Bird” making it harder to keep dragons a secret. Tom, Jun, D’Angelo and Alex face off against the most powerful dragon they’ve ever encountered in a high-stakes mission to save the Crystal Realm. And much to everyone’s chagrin, Jun’s pesky, nosey brother is coming uncomfortably close to learning what actually happens in Dragon Club.