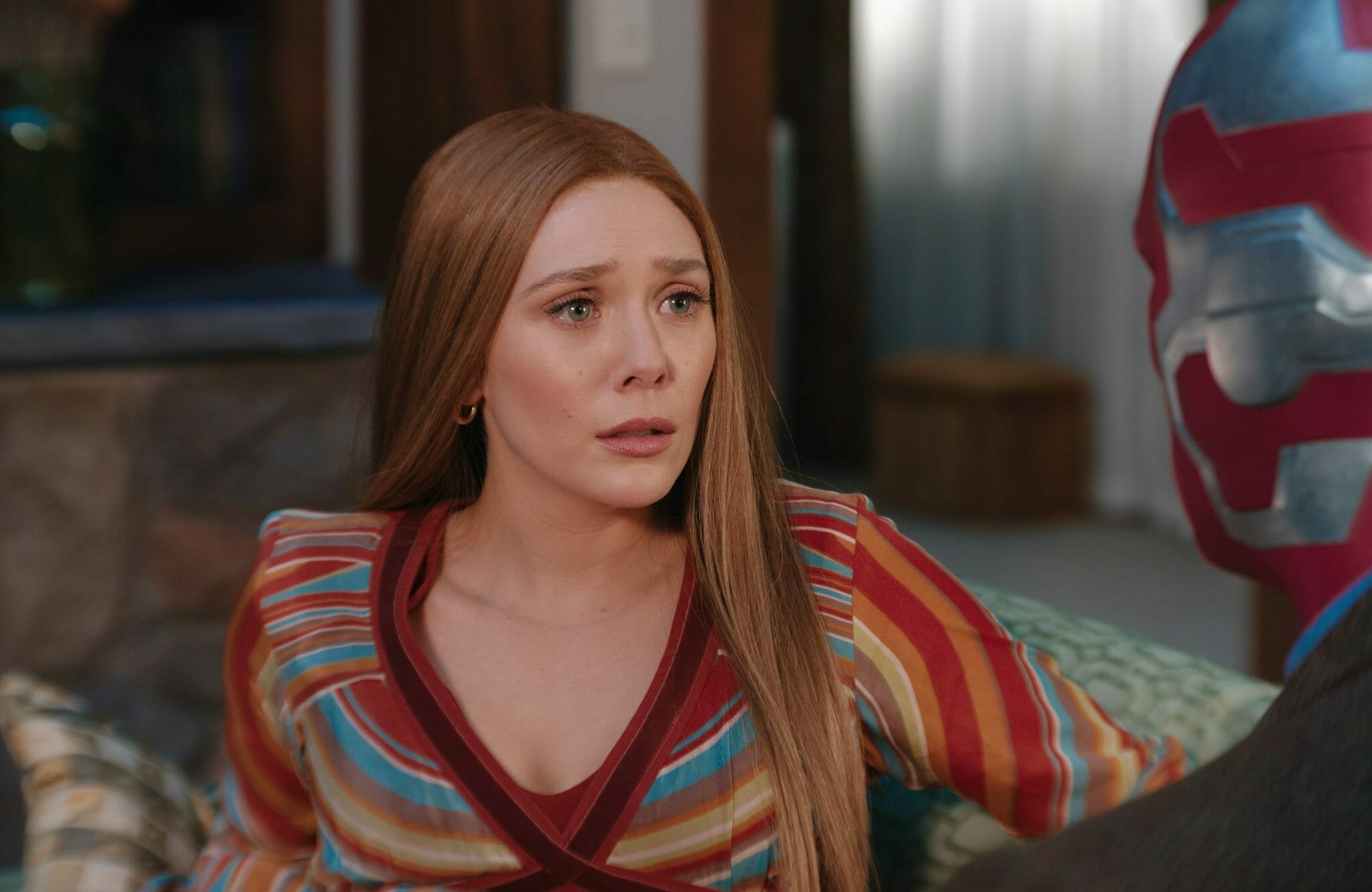 Yesterday, during the Marvel Studios’ Animation Panel at San Diego Comic-Con, it was announced that Marvel’s “What If…?” Season 2, an Original series, will begin streaming in early 2023 on Disney+.

“What If…?” flips the script on the MCU, reimagining famous events from the films in unexpected ways.   Season 2 continues the journey with The Watcher as our guide through the vast multiverse, introducing brand new and familiar faces throughout the MCU. The animated series questions, revisits and twists classic Marvel Cinematic moments with an incredible voice cast that includes a host of stars who reprise their iconic roles.

The Direct reports that attendees of the panel yesterday were treated to a special screening of Season 2’s first episode titled “What If… Captain Carter Fought The Hydra Stomper?”  The episode stars Hayley Atwell and revolves around her established variant from Season 1 and features the Scarlet Witch.  In the opening credits of the episode, Elizabeth Olsen was credited as voicing Scarlet Witch.

The Scarlet Witch appeared in Season 1’s “Marvel Zombies” episode however the character did not have a speaking role.

The series is directed by Bryan Andrews with AC Bradley as head writer.  A third season of the series has already been confirmed ahead of the Season 2 premiere.

Season 1 of “What If…?” is available to stream now on Disney+.