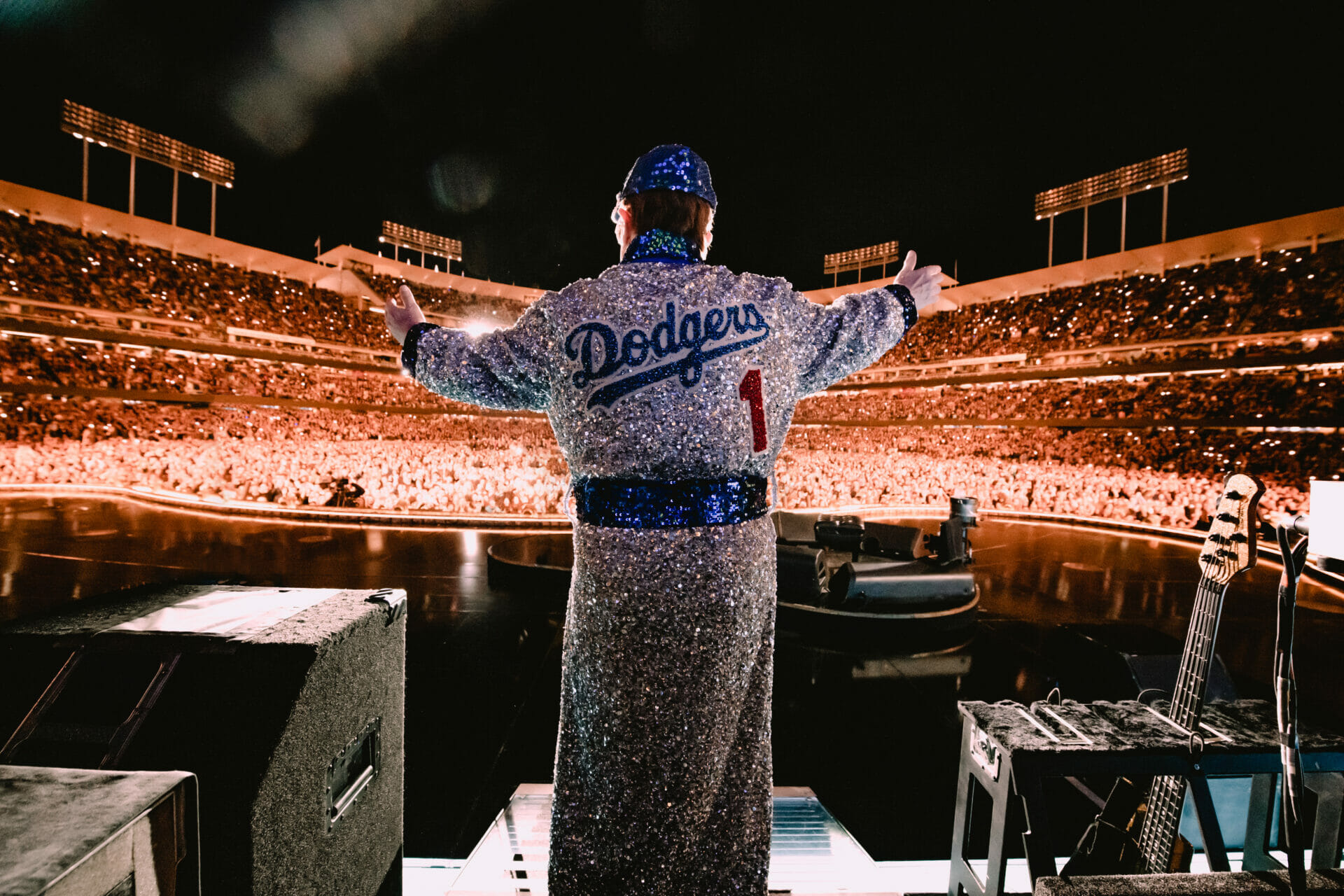 In one of the greatest send-offs of all time, artists, entertainers and special guests, along with a packed stadium of fans and admirers worldwide, celebrated the music legend’s epic full-circle moment at Dodger Stadium, paying tribute to his 1975 performance that cemented his global success.

GRAMMYⓇ-winning artists Dua Lipa, Kiki Dee and Brandi Carlile each honored Elton John on stage with duet performances of Cold Heart, Don’t Go Breaking My Heart and Don’t Let the Sun Go Down on Me, respectively.

As part of Elton John’s “Farewell Yellow Brick Road” tour, presented by Alliance for Lifetime Income, Elton John performed 183 shows across the United States and Canada. His final home stretch at Dodger Stadium on November 17, 19 and 20 was attended in person by more than 140,000 fans. Gucci refashioned his sparkly 1975 Dodger uniform into a robe, and Bob Mackie recreated his iconic Dodger cap.