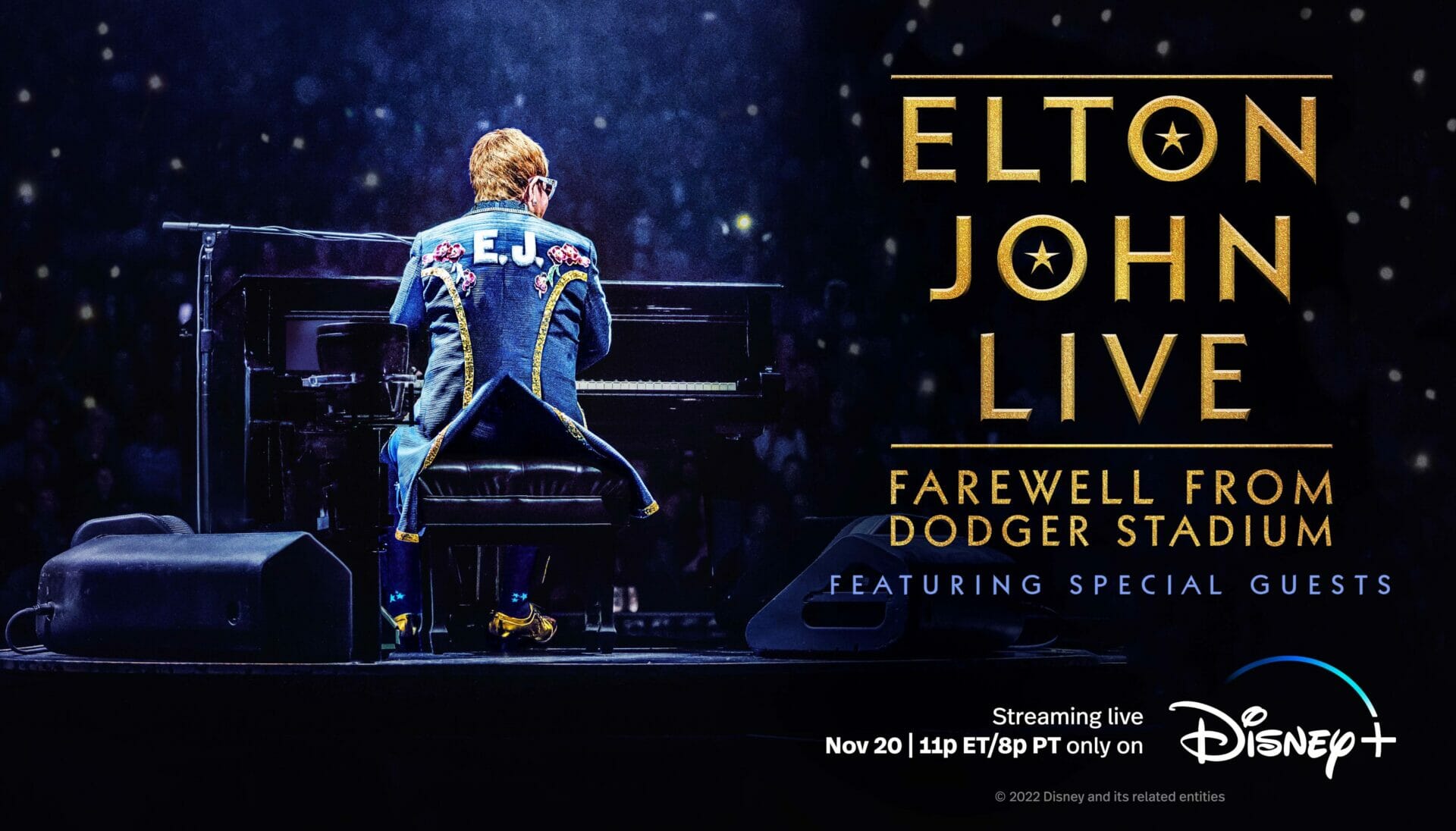 On this day, exactly 47 years ago, Elton John’s legendary performance at Dodger Stadium launched him into global stardom, and next month, he will come full circle, returning to Dodger Stadium to grace us with his final North American show. Exclusively streamed live on Disney+ on Sunday, Nov. 20, 2022, “Elton John Live: Farewell from Dodger Stadium” is a once-in-a-lifetime live, global original concert event that offers fans from around the world a front-row seat to witness the groundbreaking magic of the Rocket Man back at Dodger Stadium. 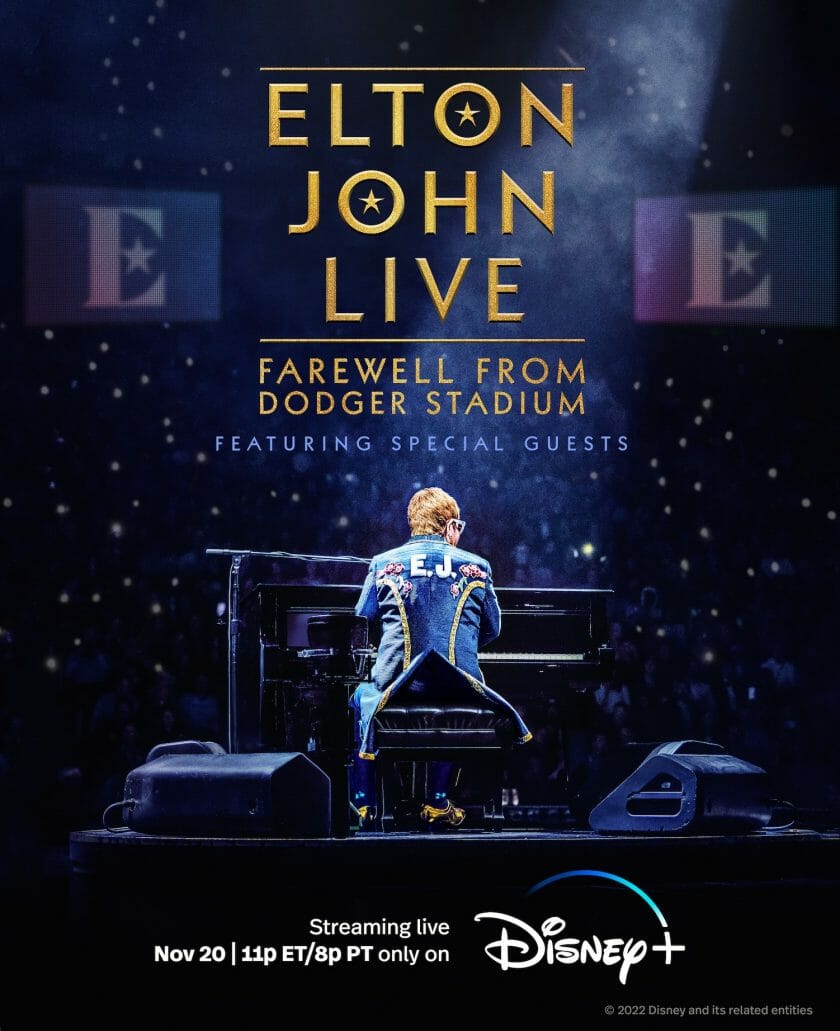 “To feel the energy from the best fans, not only in Dodger Stadium again, but this time around the world from those watching live at home, will be truly extra special for me,” said Elton John. “I’m thrilled to celebrate this momentous evening globally. I hope everyone feels the power and joy of performing on a stage as iconic as Dodger’s. Just like I did almost 50 years ago.”

“Elton John Live: Farewell from Dodger Stadium” will commemorate a watershed evening in music history as it unfolds in real-time at Dodger Stadium, giving fans 50,000+ fans in person and countless admirers worldwide, the rare chance to experience his biggest hits from the past 50 years. The extraordinary night also will feature several yet-to-be-announced big-name artists who will honor the legendary megastar on stage.

“Sir Elton John’s impact on music and culture is unparalleled, and this concert event is sure to be one for the history books,” said Ayo Davis, president of Disney Branded Television. “We’re thrilled to bring this exclusive, up-close, backstage-to-front-row-seat experience to audiences around the world, live on Disney+.”

“Having grown up in England in the 1980s and 90s, we like everyone else of our generation, can think of countless moments where Elton’s music was the soundtrack to our lives” said Fulwell 73 Productions’ Gabe Turner and Ben Winston, in a joint statement. “To be able to work with Sir Elton and the Disney team on what will undoubtedly become a cultural milestone is both a personal and professional highlight that we are so thankful for.”

This spectacular evening will serve as a prelude to the highly anticipated 2023 Disney Original Documentary “Goodbye Yellow Brick Road: The Final Elton John Performances and the Years That Made His Legend,” from Academy Award® nominee R.J. Cutler and filmmaker David Furnish. As the official feature on Elton John, “Goodbye Yellow Brick Road” will unveil unseen rehearsal and concert footage over the last 50 years, along with exclusive personal archives and interviews. The definitive portrait of Elton John also will spotlight his final months on the road and a look back at the extraordinary first five years of his career between 1970 and 1975, when he released 10 iconic albums, seven of which went to No. 1 on the Billboard charts to become a global phenomenon. The film will play festivals and have a theatrical run before it streams on Disney+.