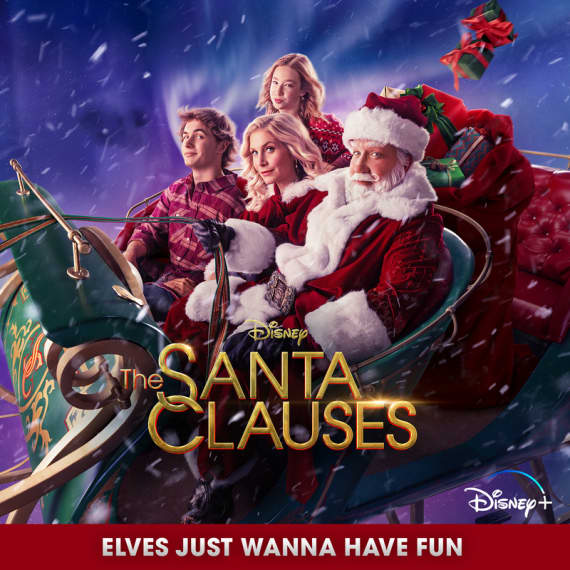 Hollywood Records has released the song “Elves Just Wanna Have Fun” from the Disney+  Original series “The Santa Clauses.”   The first two episodes of the six-episode series are streaming now, exclusively on Disney+.  New episodes will release every Wednesday.

The song is a parody of Cyndi Lauper’s classic Girls Just Want to Have Fun.  It is produced by the show’s composer Ariel Rechthaid (Gossip Girl) and is now available to stream/download on a variety of digital platforms including Amazon and Spotify.

You can also listen to the song below: