Disney has released the trailer for “Encanto at the Hollywood Bowl” which begins streaming Wednesday, Dec. 28, only on Disney+. 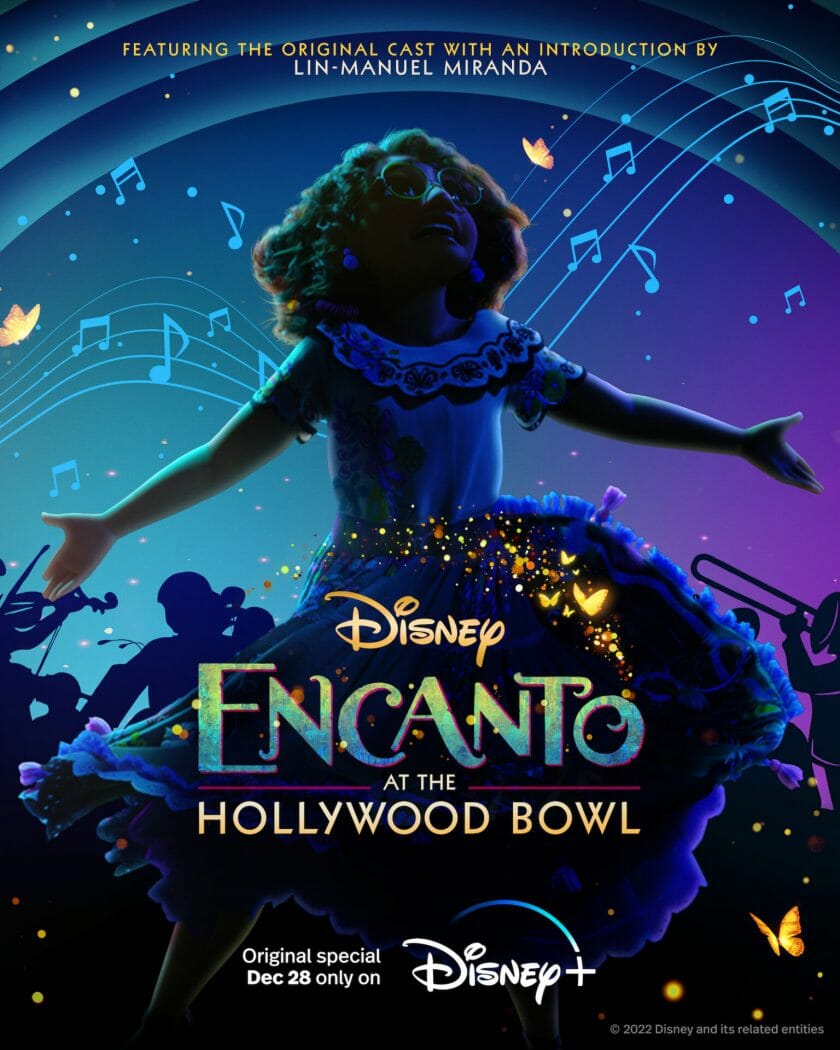 As previously announced, the spectacular concert production, on a massive scale, reunites the all-star cast who will perform the songs from the Oscar®-winning film, including fan-favorite musical numbers such as “We Don’t Talk About Bruno” and “Surface Pressure,” at the iconic Hollywood Bowl.

Walt Disney Animation Studios’ “Encanto” tells the tale of an extraordinary family, the Madrigals, who live hidden in the mountains of Colombia in a magical house within a vibrant town that’s situated in a wondrous, charmed place called an Encanto. The magic of the Encanto has blessed every child in the family with a unique gift from super strength to the power to heal — every child except one: Mirabel. But when she discovers that the magic surrounding the Encanto is in danger, Mirabel decides that she — the only ordinary Madrigal — just might be her exceptional family’s last hope.

The “Encanto” original motion picture soundtrack features eight original songs by Academy Award-nominated, Tony® and GRAMMY-winning songwriter/composer Lin-Manuel Miranda (“Hamilton,” “Moana”) with an original score by Academy Award-nominated composer Germaine Franco. The R.I.A.A. platinum-certified soundtrack held the No. 1 position on the Billboard 200 album chart for nine non-consecutive weeks, and the R.I.A.A. three-time platinum-certified song “We Don’t Talk About Bruno” topped the Hot 100 chart for five weeks. The soundtrack and song held the No. 1 position on the Billboard 200 and Hot 100 simultaneously for five consecutive weeks.