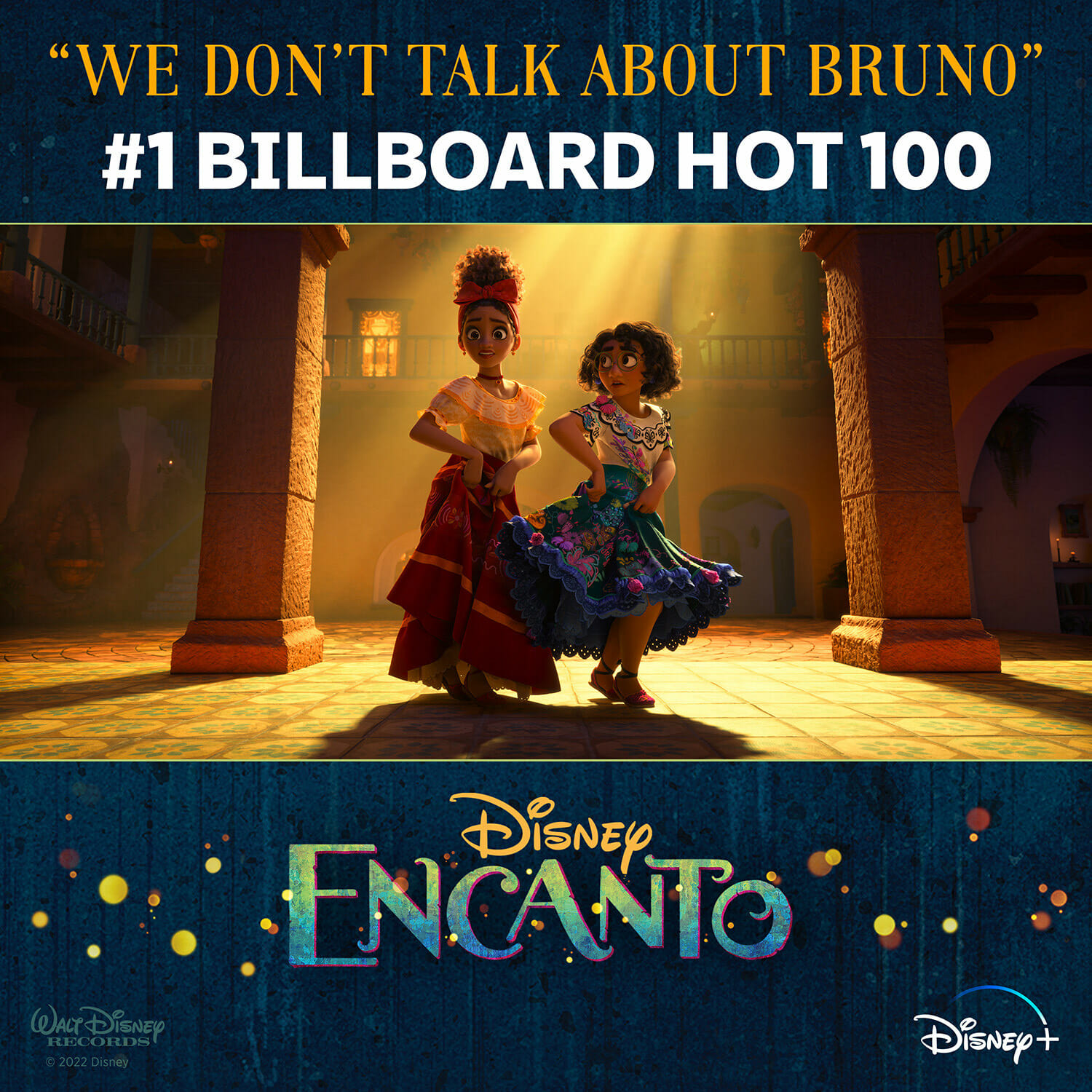 The soundtrack for Disney’s “Encanto” is spending a third non-successive week at No. 1 on the album chart and the hit song from the album “We Don’t Talk About Bruno” has reached No. 1 on the Billboard Hot 100 chart.  This marks the first time a song from a Disney movie has reached No. 1 on the Billboard Hot 100 since “A Whole New World” from Aladdin in 1993.  For comparison,  Frozen’s hit song “Let It Go” only reached the number 5 spot back in 2014.

“Bruno” also drew over an impressive 34.9 million U.S. streams, more than twice as many as Adele’s long-running hit “Easy on Me.”