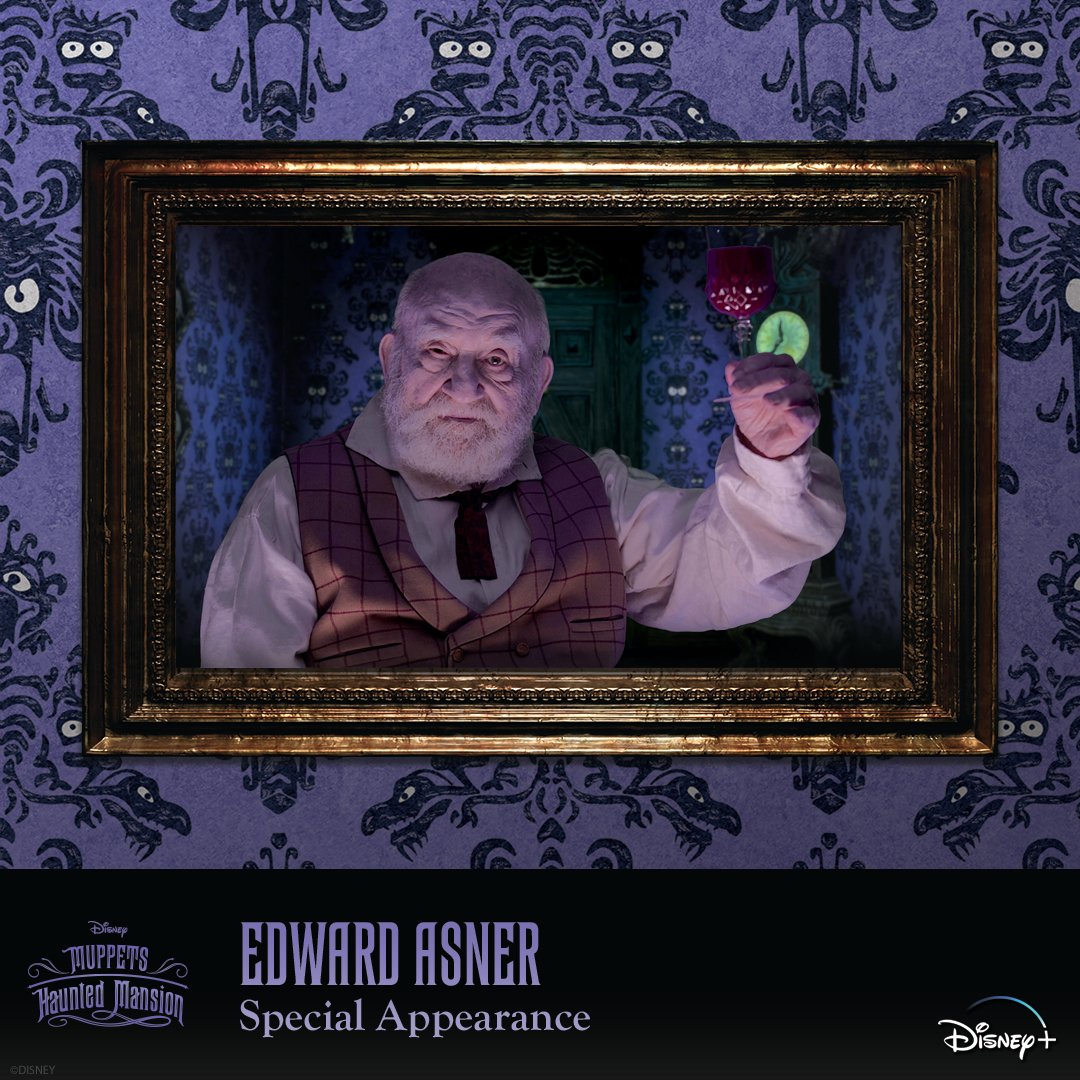 Ed Asner will have a special cameo appearance in the “Muppets Haunted Mansion” Halloween special coming to Disney+ this fall. The beloved actor who played Lou Grant in The Mary Tyler Moore Show and provided the voice of Carl in Up sadly passed away last month.

The Muppets announced his appearance in a tweet which you can view below:

A very special cheer to our good friend Edward Asner! Celebrate his cameo in #MuppetsHauntedMansion and more surprise guests to be revealed soon. The Original Special starts streaming October 8 on @DisneyPlus. #Hallowstream pic.twitter.com/kdovJT1ZVS

Other stars who have been announced to have a cameo in the special include Chrissy Metz (This is Us), Jeannie Mai (How Do I Look?),  Alfonso Ribeiro (Fresh Prince of Bel Air), Sasheer Zamata (I Feel Pretty), Danny Trejo (Machete), Skai Jackson (Jessie), Pat Sajak (Wheel of Fortune), Geoff Keighley (The Game Awards), Justina Machado (Elena of Avalor), and Craig Robinson (The Office).

Darren Criss, star of the second season of FX’s American Crime Story, also confirmed on Twitter recently that he will be appearing in the special as the Haunted Mansion’s caretaker.