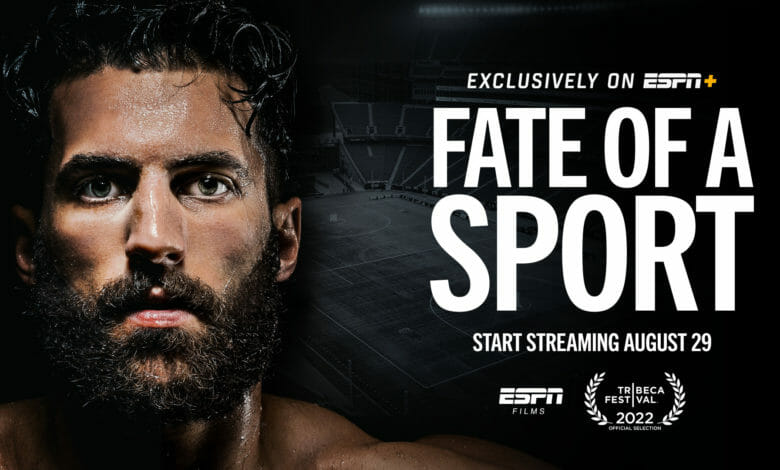 ESPN Films’ latest documentary “Fate of a Sport” will debut August 29 on ESPN+. Directed by Michael Doneger (“Brampton’s Own,” “The Escort”), the film chronicles the story of lacrosse legend Paul Rabil and his fight to change the trajectory of the sport he loves by launching a new professional league, the Premier Lacrosse League (PLL). “Fate of a Sport” will have its linear debut Thursday, September 15 at 7 p.m. ET on ESPN. It will also air on ABC Sunday, September 18 at 1 p.m. ET leading into the PLL Championship Game.

After eleven years as one of the most decorated players within a professional lacrosse league that was anything but professional, Rabil decides to create his own league of the sport that made him a star. In partnership with his brother Mike, Paul raises capital, poaches the top players, fights off lawsuits, and navigates through a global pandemic to establish the PLL as the premiere destination for professional lacrosse in the country.

“Having had the benefit of knowing Paul and Mike prior to documenting their story and knowing how dogged and determined they are, I knew audiences would appreciate a peek behind the curtain to watch these two strong personalities build a professional sports league from scratch and help change the trajectory of a traditionally niche sport,” said Doneger. “We’re in such a time of disruption across all industries, and there’s no better example of the script being flipped than the origin story of the Premier Lacrosse League. ‘Fate of a Sport’ is an underdog story about ambition, identity, and sacrifice. I’m humbled and excited for audiences to see it all unfold on ESPN.”

“Fate of a Sport” is produced by Matt Tolmach (“The Armstrong Lie,” “Jumanji”) and Doneger. The film is executive produced by ESPN Films and UNINTERRUPTED’s LeBron James, Maverick Carter, Jamal Henderson, and Philip Byron with co-executive producer Camille Maratchi.