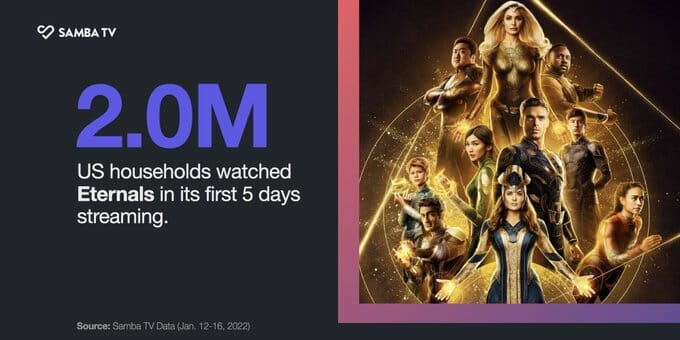 “Eternals” was released on Disney+ on Wednesday, January 12 and is one of Marvel’s most popular titles to debut on the streamer.  According to Samba TV,  2M households in the United States viewed the film within the first five days of its release. This makes “Eternals” the biggest Marvel entry on Disney+ to date.  For comparison, Shang-Chi and the Legend of the Ten Rings debuted at 1.7M households and Black Widow at 1.1M US households.

Disney’s “Encanto”, which was released on Disney+ on December 24, 2021, was also watched by 2 million US households in the first five days.