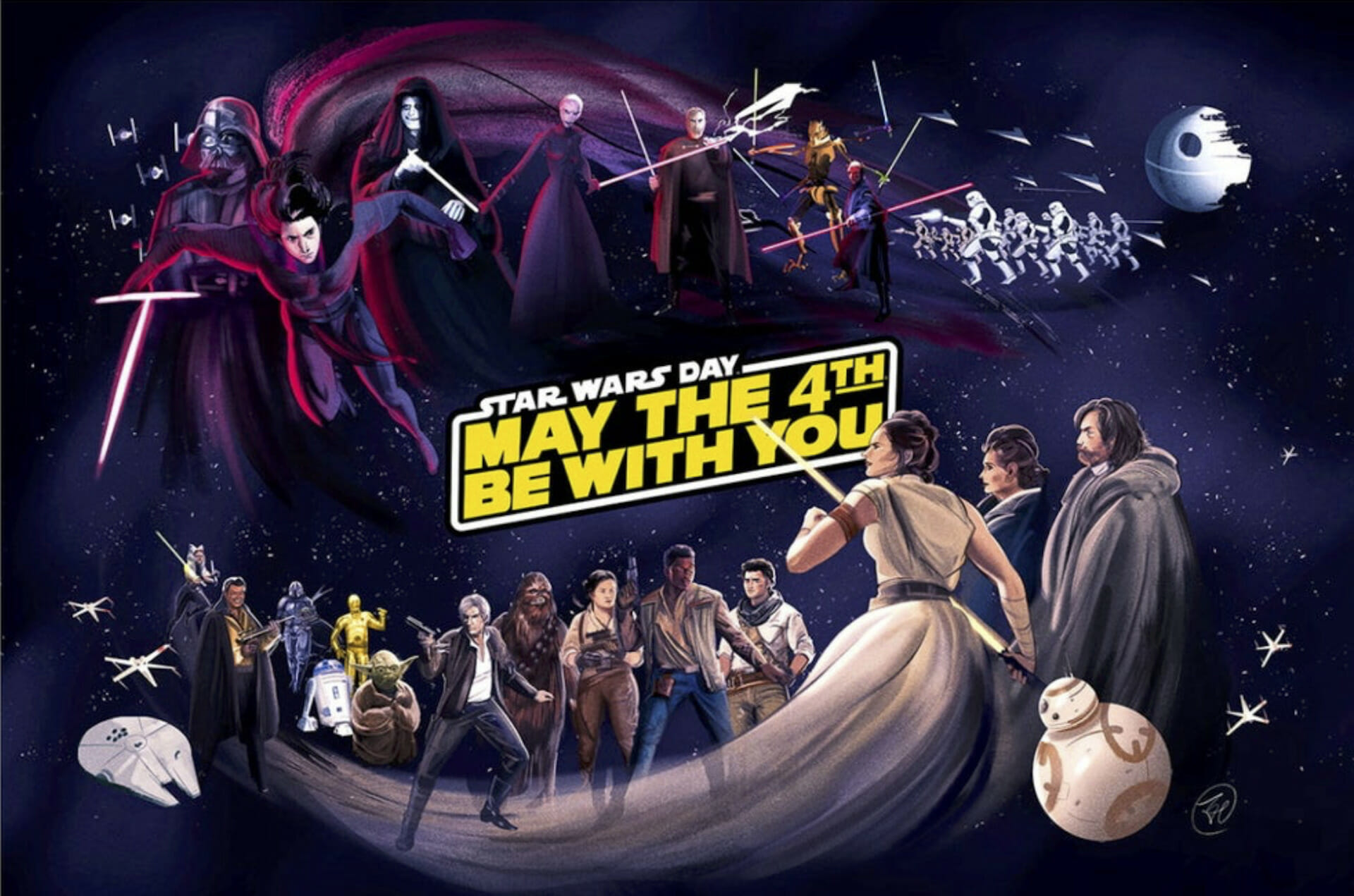 Happy May the Fourth Star Wars fans! There are lots to celebrate on Disney+ this Star Wars Day, including 2 new features, new artwork in celebration of the galaxy far, far, away and of course, a new animated series. But exactly how much Star Wars content is available to stream on Disney+? The simple answer would be to say everything, but are you sure you know what everything includes?

We’ve put together a list of everything Star Wars related on Disney+ from the movies we’ve all enjoyed for 40 years to TV episodes and obscure specials and shorts you may not even know existed. So, if you were unsure of what to binge today to celebrate May 4th, then look no further. 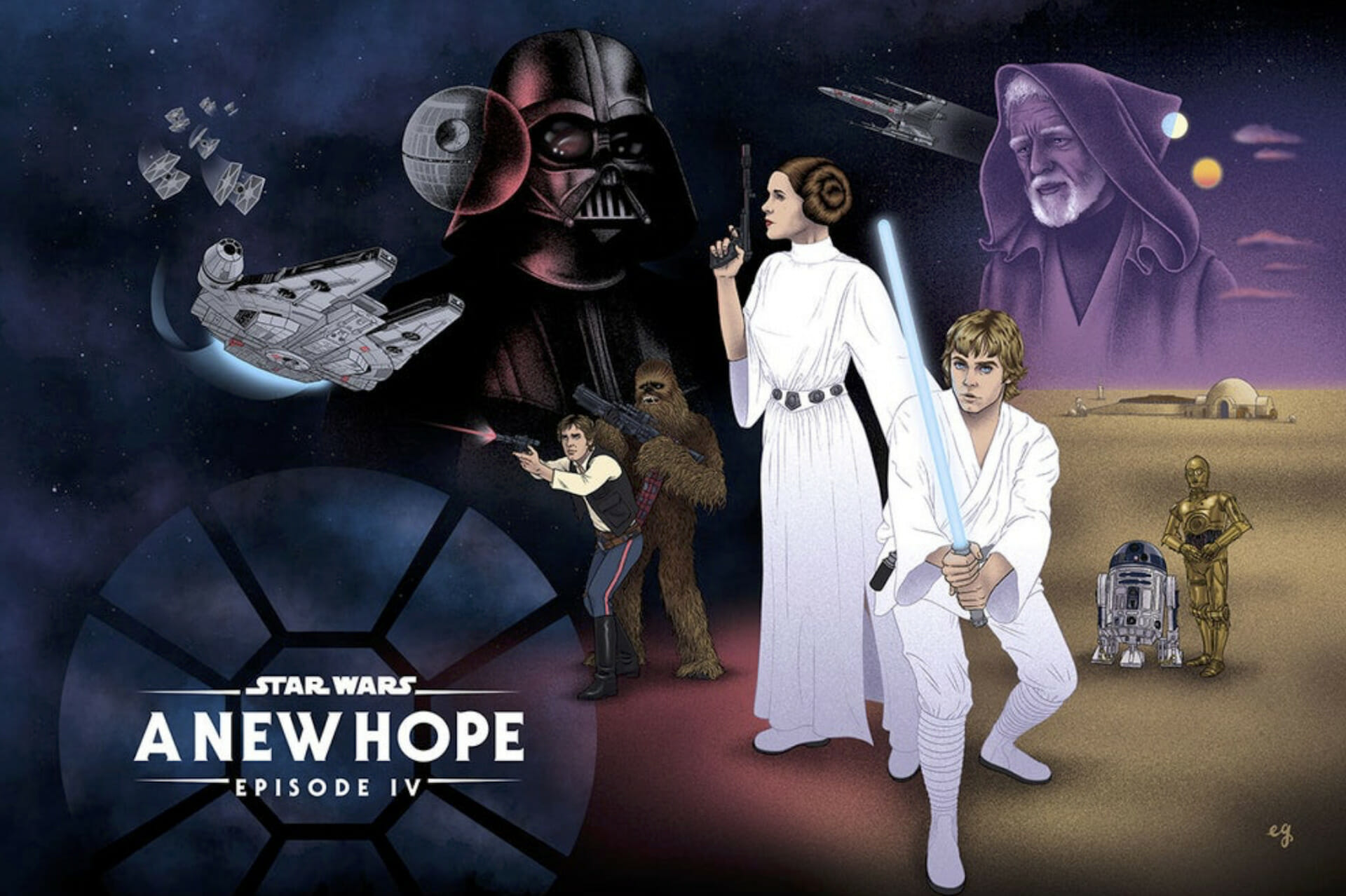 From watching Star Wars in cinemas in 1977, or The Phantom Menace in 99, to the newest trilogy and everything in between, each generation has a story of how they first got drawn into the ever-expanding universe created by George Lucas. My introduction was through Sunday afternoons spent watching VHS copies of Return of the Jedi, and Empire Strikes Back. Obviously, Disney+ wasn’t around in the early 80s, but neither was most Star Wars content available today. Thankfully things have moved on, and now all 12 theatrically released Star Wars feature films are available to stream. As a Side note, I’m not getting involved in which order you should use when watching this content; I’ll present them mostly in release order simply because it’s easier. 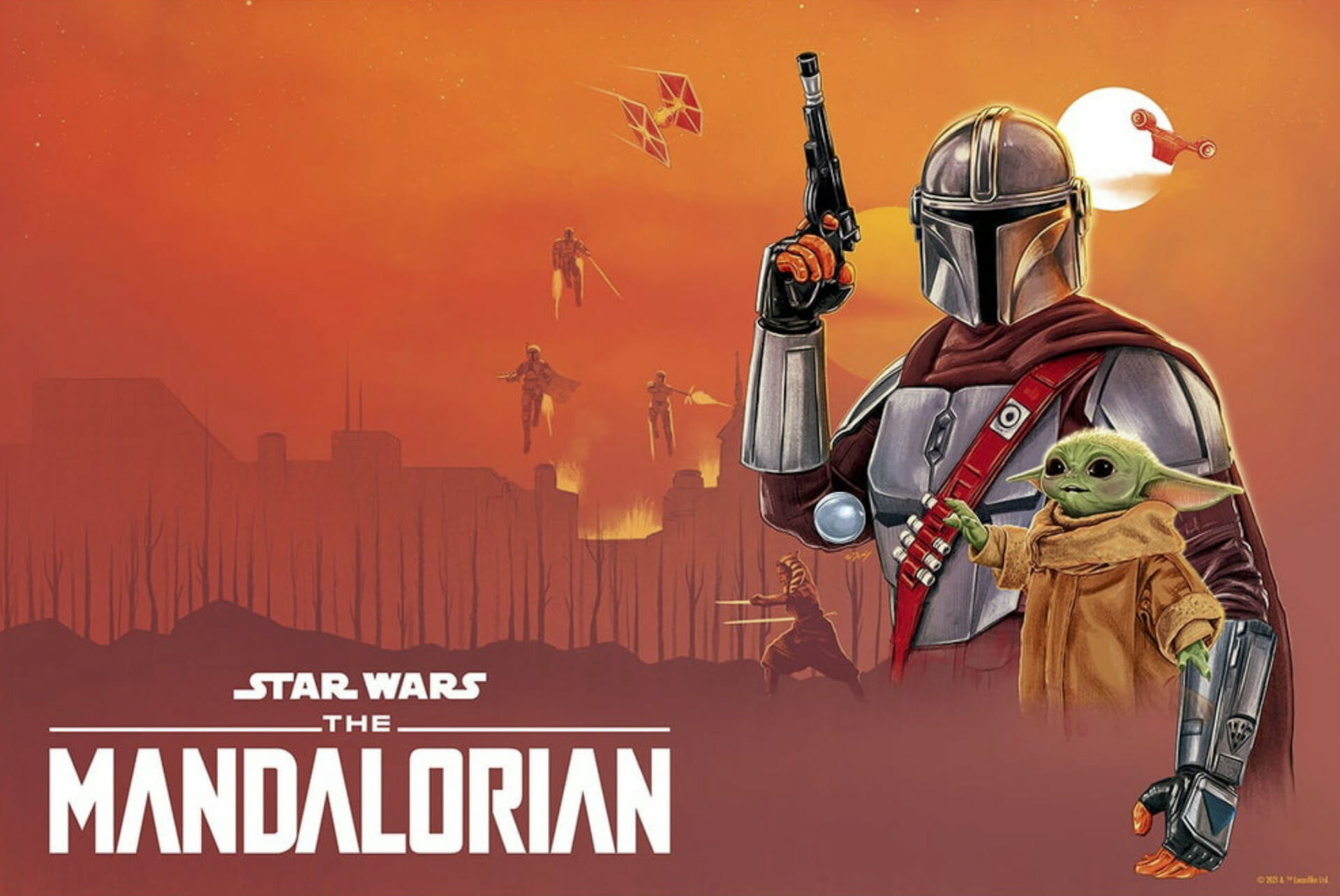 There is a lot of ground covered in the Star Wars TV shows, delving into the rich detail of the main story arc. The Lego Star Wars series is a great film for kids, and then there is the long-running and much loved Clone Wars, which launches a new spin-off, The Bad Batch, today. If you really want a May fourth treat, then the Mandalorian is probably the most Star Wars series ever made. Of course, it’s all available for streaming on Disney+. 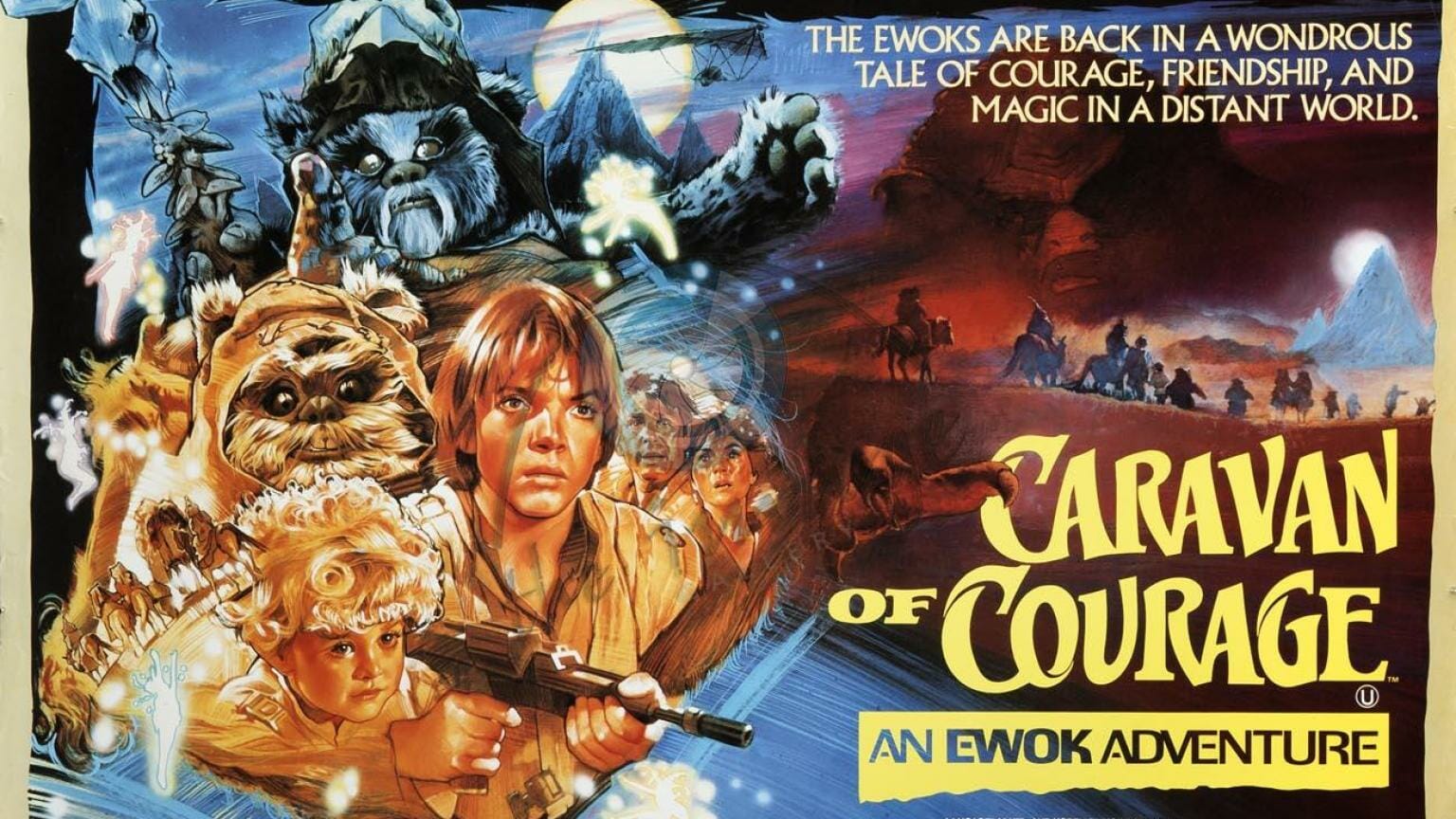 Now we’ve got the main, more well-known stuff out of the way; we get onto the weird and obscure stuff that has been given its home on Disney+ There is a Lego Star Wars Holiday Special if you’re in the mood for something festive or the two strange Ewok movies that came out in the 80s. There are also two new scenic experiences released today as part of the Star Wars Day celebrations that take you through the worlds and vehicles of the Star Wars universe.

Caravan of Courage: An Ewok Adventure (1984)

Empire of Dreams: The Story of the Star Wars Trilogy (2004)

LEGO Star Wars: The New Yoda Chroicles—Clash of the Skywalkers (2014)

LEGO Star Wars: The New Yoda Chroicles—Duel of the Skywalkers (2014)

LEGO Star Wars: The New Yoda Chroicles—Race for the Holocrons (2014) 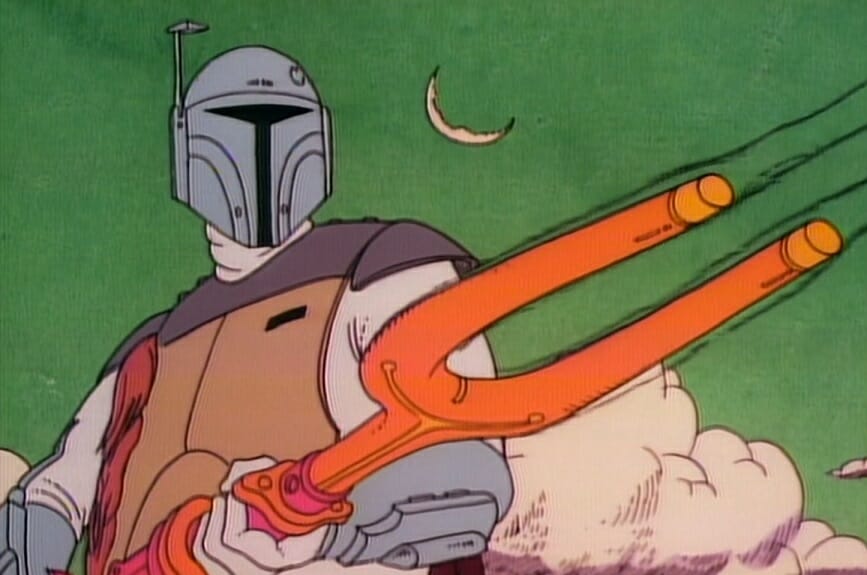 If you’re pushed for time and looking for a quick Star Wars fix, then look no further than these shorts. There’s a new Simpsons short released today and the Story of the Faithful Wookie, which was originally part of the 1978 Holiday Special and introduced us to Boba Fett.

The Story of the Faithful Wookiee (1978)

Maggie Simpson in ‘The Force Awakens From Its Nap’ (2021) 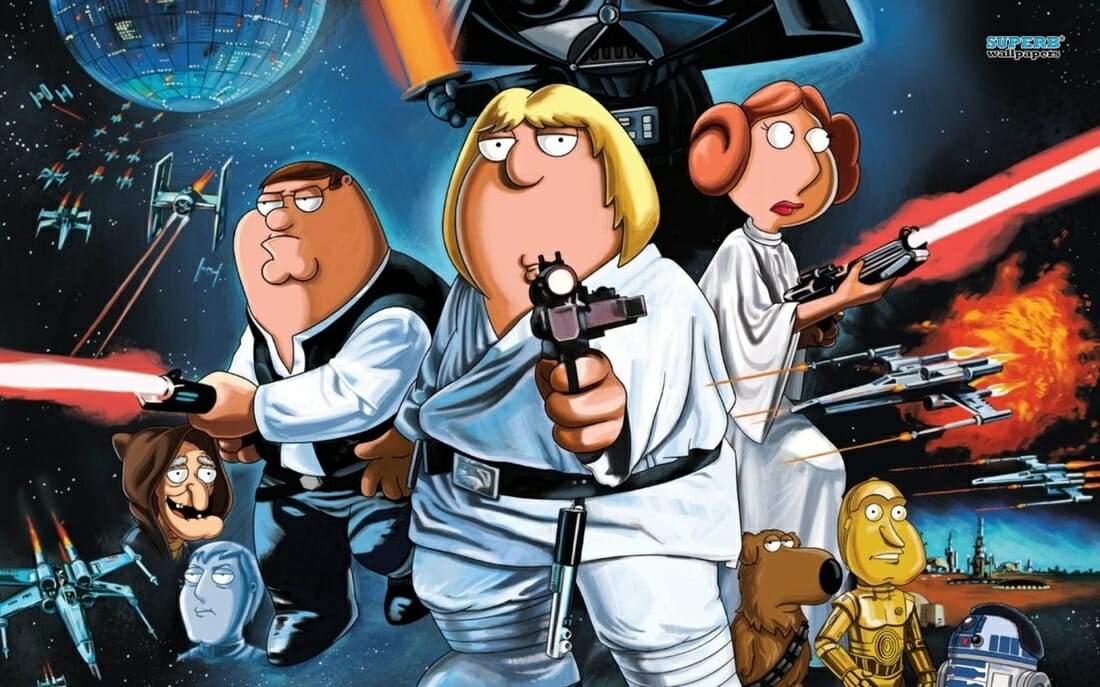 Star Wars has been a huge part of pop culture since its release in 1977, so it’s naturally been mentioned in almost every long-running television series in existence. Disney+ has some great episodes that feature Star Wars, from The Muppets to Phineas and Ferb.

So there you have it, that’s everything Star Wars related available on Disney+ (we think). It’s worth remembering that the availability of some content may vary by territory.