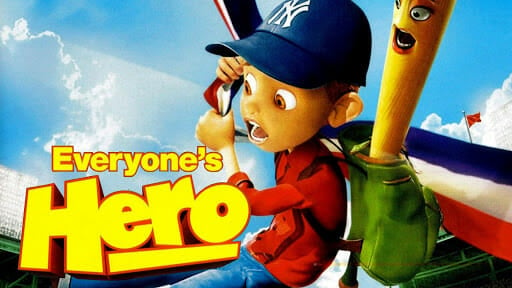 As of today, “Everyone’s Hero” (2006) has been removed from Disney+ in the United States.

The removal came as a bit of a surprise since Disney+ does not announce which titles will be leaving every month.  The film was just added to the Disney+ Library in April in the United States.  The film is still available on Disney+ in other countries.

The film is expected to return to Disney+ when contracts expire that were made before The Walt Disney Company purchased 20th Century Fox.  In the meantime, it appears the movie will be moving to Starz for a year.

In “Everyone’s Hero”, a boy (Jake T. Austin) comes to a turning point in his life when he faces a critical decision: Should he take a chance and possibly become a hero, or should he play it safe? Though the odds are stacked against him, he begins a cross-country adventure to return Babe Ruth’s baseball bat before the deciding game of the 1932 World Series.