LEGACY: THE TRUE STORY OF THE LA LAKERS: PREMIERE EPISODES

Episode 103
Dr. Buss, a self-made man from a broken home and humble beginnings, is shocked when his eldest son quits the family business. After trade rumors upset the team, Dr. Buss qualms concerns and the team gets back on track. But their legendary streak ends. 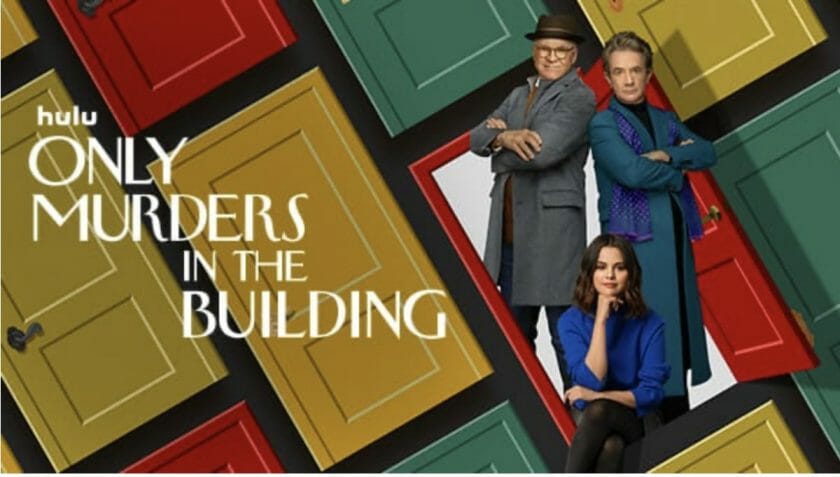 ONLY MURDERS IN THE BUILDING: NEW EPISODE 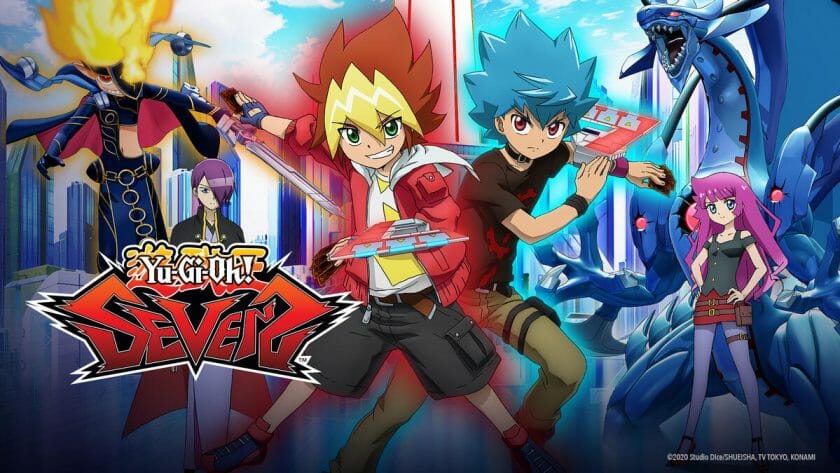 Yuga can’t wait to share Rush Dueling with every Duelist out there, but Goha Enterprises – the megacorp that controls the whole city – is having none of it! They’re the ones who dictate how Duels are supposed to be played, so they’re going to use everything in their arsenal to crush this kid! But if they think that’s going to stop Yuga from building his road to freedom – they don’t know Yuga!

Episode 205: “Wide Net”
The Aunties let loose while at their yearly IHS conference. Written and Directed by Tazbah Rose Chavez. 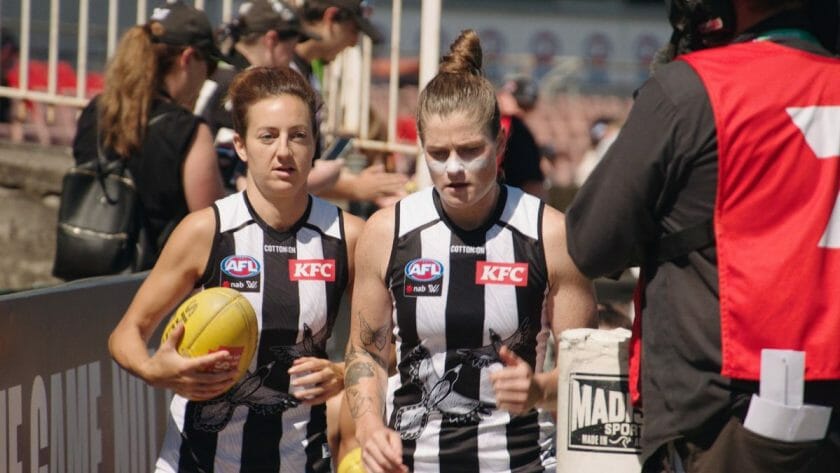 FEARLESS: THE INSIDE STORY OF THE AFLW: HULU ORIGINAL SERIES COMPLETE SEASON 1

A raw, emotional insight into the dreams, struggles and triumphs of the groundbreaking AFLW league. In this six part series, we find out about the courageous pioneers who were told they could never play Australian Rules football at the highest level and made it happen. From farm girls to factory workers to paramedics, be amazed at the level of sacrifice and commitment required by this diverse group of athletes who are building an enduring legacy. Following four clubs in the competition, this unrivalled access to the inner sanctum is both confronting and inspiring.

The Adelaide Crows are the benchmark of the competition. This team has already won two premierships and after a surprise grand final loss in 2021, are ready for redemption.

The Collingwood Magpies are one of Australia’s most powerful and successful sporting franchises, but so far, the women’s team has no silverware to show off. The pressure is on for this talented team to go all the way but a season ending injury to their biggest star is a shattering start to the new season.

The Western Bulldogs is a young, fun, energetic club with a belief that they have the makings of a dynasty within their ranks. Coached by AFL Hall of Famer, Nathan Burke, this team is all about the sisterhood both on and off the field, but this turns out to be a torrid season that will test their belief. After being struck down by Covid, their fightback is uplifting, and their iconic victory celebrations are unforgettable.

The Greater Western Sydney Giants are trying to win hearts and minds in an address that is dominated by the rugby league code. With champion recruits from the Gaelic football league in Ireland and cast offs from Victorian clubs, this team needs to bond and find a way to become winners. Still recovering from the tragic death of one of their teammates last year, this team are trying to turn despair into hope.

Explore the world as seen through the eyes of a curious toddler. Feed your kids’ curiosity while they learn about vehicles, animals, the natural world and so much more. Blippi helps children’s understanding of the world and encourages vocabulary development. Blippi loves visiting exciting places such as children’s museums and the zoo! He loves singing, dancing, playing and exploring.

After returning home from the Civil War, Jack finds out his wife has died and his children, presumed orphans, are heading deep into the West aboard a train bound for hostile territories.

Episode 206: “Facelift”
A woman desperate to look her best does the unthinkable. Written by Manny Coto; directed by Marcus Stokes.

From creator/screenwriter Steven Rogers and the team behind “I, Tonya” and showrunner Karin Gist, Executive Producer of “Our Kind of People,” “Mike” explores the dynamic and controversial story of Mike Tyson. The 8-episode limited series explores the tumultuous ups and downs of Tyson’s boxing career and personal life – from being a beloved global athlete to a pariah and back again. Focusing the lens on Mike Tyson, the series examines class in America, race in America, fame and the power of media, misogyny, the wealth divide, the promise of the American Dream and ultimately our own role in shaping Mike’s story.

“Mike” is an unauthorized and no-holds-barred look at the life of Mike Tyson – and it is one wild ride.

“I, Tonya” screenwriter Steven Rogers created the series and will executive produce. Karin Gist will serve as showrunner and executive producer under her The Gist of It banner along with Claire Brown. The “I, Tonya” team of director Craig Gillespie, Clubhouse Pictures’ Bryan Unkeless and Scott Morgan, and LuckyChap’s Tom Ackerley and Margot Robbie will also executive produce along with Entertainment 360’s Darin Friedman. Anthony Hemingway, Anthony Sparks, and Samantha Corbin-Miller executive produce as well, with Rhodes executive producing in addition to starring. 20th Television will produce.

Rob McElhenney and Ryan Reynolds run Wrexham Football Club as they try to create an underdog story the world can root for. From Hollywood to Wales, the docuseries tracks their crash course in ownership and the interwoven fates of a team and a town. 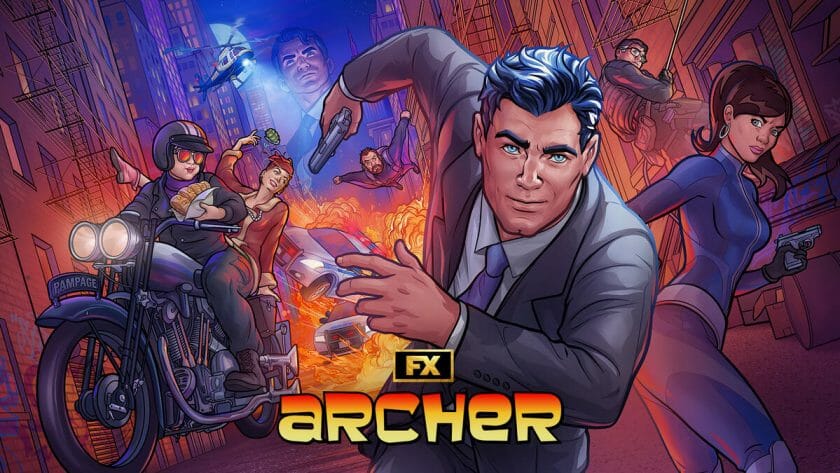 In season 13 of FX’s comedy “Archer,” The Agency have been acquired by the spy conglomerate known as IIA (International Intelligence Agency). As Archer and gang struggle to find their identity performing odd missions for Fabian, one question arises: will they be able to maintain independence, or will they succumb to their corporate overlords?

Set-up on a pre-arranged date, Ravi and Rita seemingly have nothing in common. The situation turns both awkward and enlightening when they find themselves trapped inside together for a week. 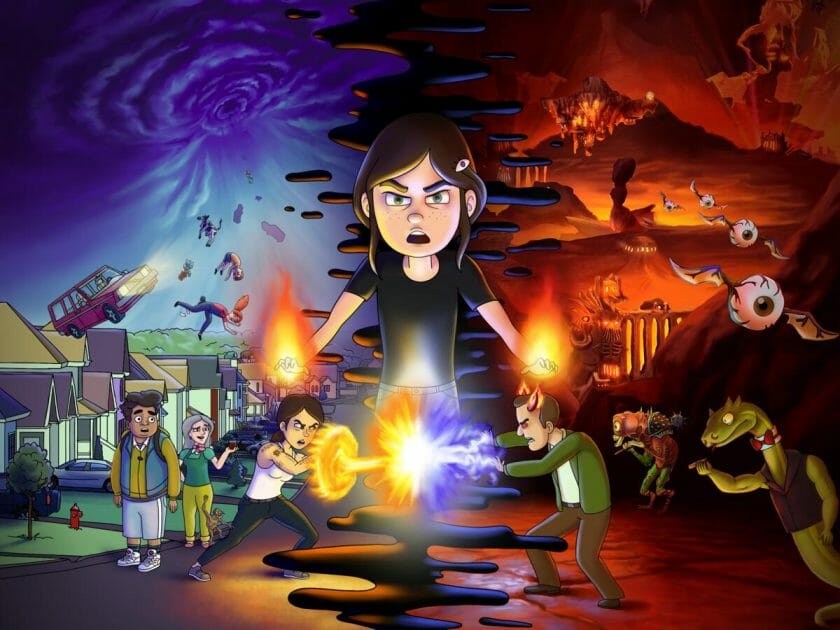 Doc McStuffins gets help from her friends and fans to make this her best birthday ever!

The Peabody and NAACP Award-winning “Doc McStuffins” is an imaginative animated series about Doc McStuffins, a young girl who aspires to be a doctor like her mom and communicates with and heals broken toys and stuffed animals. Showcasing the hallmarks of great Disney storytelling—fantasy and wish fulfillment—the series models compassion and good health for kids age 2-7.

A couple sails to the Caribbean in hopes of saving their marriage. After an argument between the husband and a mysterious drifter, the situation devolves into a dangerous pursuit. Now they must fight to save themselves from the assailant.

A grieving father avenges his daughter’s death by killing the street thug who murdered her. But his act of revenge quickly lands him in a war between two groups — one led by the brother of the murdered man and the other by his gang, who are hell-bent on retaliation.