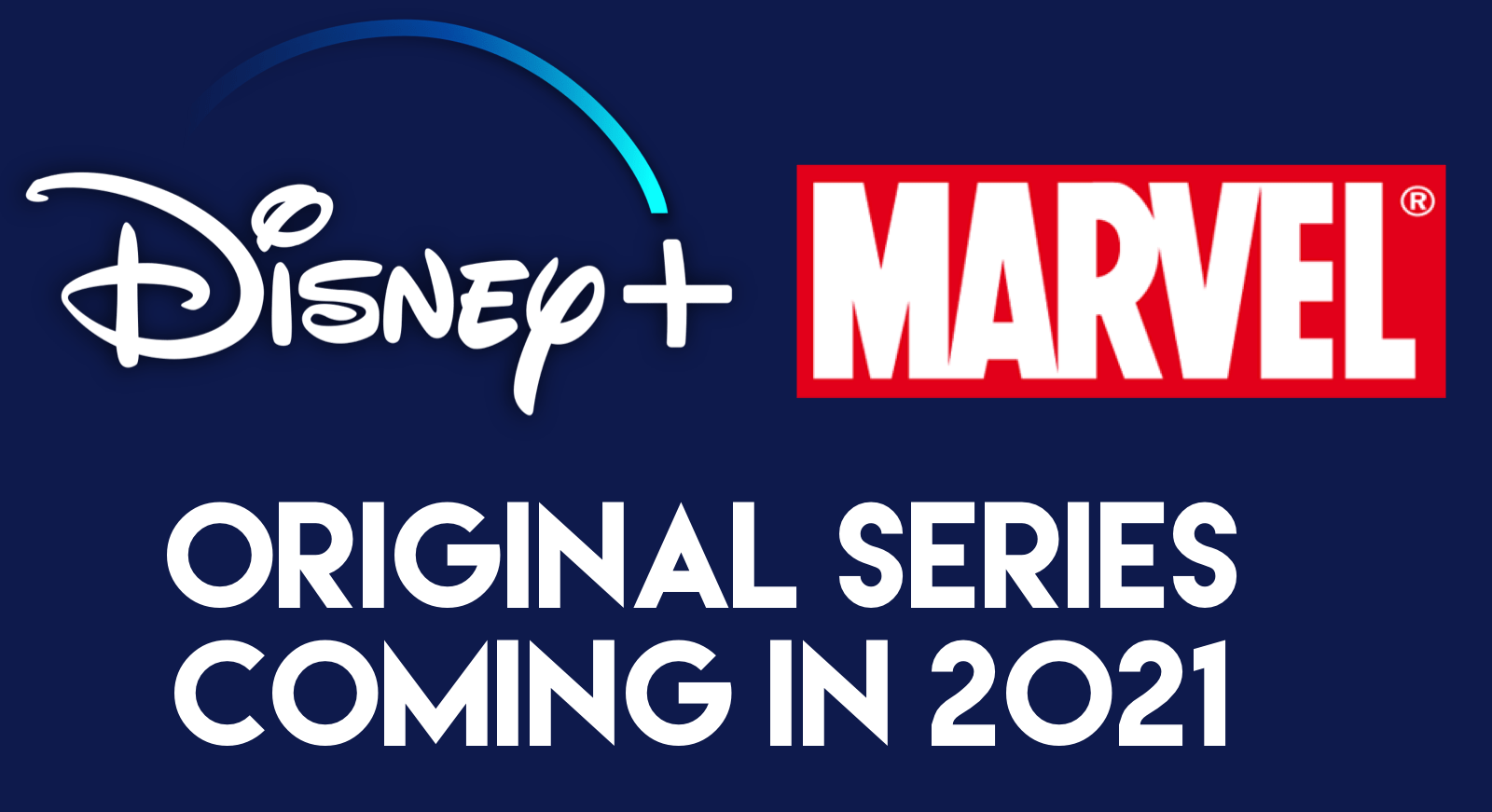 Due to Covid-19, all Disney+ Marvel series that were originally scheduled to premier in 2020 have been moved to 2021, making this year look especially great if you’re a Marvel fan!

Check out all of the Disney+ Original Marvel series coming in 2021:

Marvel Studios: Legends is a new series that will showcase individual characters viewers have come to know and love over the years and revisit some of their most iconic moments. Marvel Studios: Legendskicks off by highlighting Wanda Maximoff and Vision, the two stars of WandaVision, and their interconnected path across the MCU that led them both here.

“WandaVision” is a blend of classic television and the Marvel Cinematic Universe in which Wanda Maximoff (Elizabeth Olsen) and Vision (Paul Bettany)—two super-powered beings living idealized suburban lives—begin to suspect that everything is not as it seems.

Featuring the God of Mischief as he steps out of his brother’s shadow in a new series that takes place after the events of “Avengers: Endgame.” Tom Hiddleston returns as the title character, joined by Owen Wilson, Gugu Mbatha-Raw, Sophia Di Martino, Wunmi Mosaku and Richard E. Grant. Kate Herron directs Loki, and Michael Waldron is head writer.

What If…? flips the script on the MCU, reimagining famous events from the films in unexpected ways. Coming to Disney+ in Summer 2021, Marvel Studios’ first animated series focuses on different heroes from the MCU, featuring a voice cast that includes a host of stars who reprise their roles. The series is directed by Bryan Andrews; Ashley Bradley is head writer.

Kamala Khan (Iman Vellani) is a 16-year-old Pakistani-American growing up in Jersey City. A great student, an avid gamer and a voracious fan-fiction scribe, she has a special affinity for superheroes, particularly Captain Marvel. But Kamala struggles to fit in at home and at school—that is, until she gets super powers like the heroes she’s always looked up to. Life is easier with super powers, right?