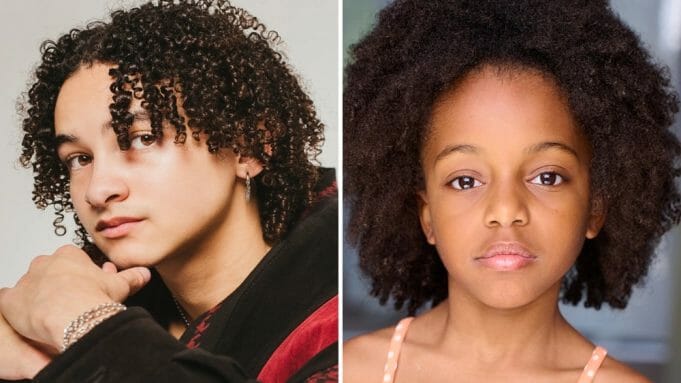 Faly Rakotohavana (Secret Society of Second Born Royals) and Jordyn McIntosh (Emancipation) have joined the cast of Onyx Collective’s upcoming comedy series “Unprisoned” as series regulars.  They will star opposite Kerry Washington, Delroy Lindo and Marque Richardson The eight-episode series created and executive produced by Tracy McMillan, is produced by ABC Signature and will be streamed exclusively on Hulu in the U.S., Star+ in Latin America and Disney+ in all other territories.

Delroy Lindo (“Da 5 Bloods”) executive produces and stars as Edwin Alexander, Paige’s father, who has recently been released from prison.

Rakotohavana will play Finn. Super-logical (a gamer), low-key but hilarious, sweet, smart and hyper-rational, Finn is the son of single mom/family therapist/influencer Paige (Washington).  Finn is open hearted and open-minded toward his grandfather, and their relationship becomes a bridge home for Edwin — and a bridge into the world for Finn.

McIntosh will portray Little Paige. Seven-year-old Little Paige is the personification of grown-up Paige’s Inner Child, she’s the part of Paige untouched by everything that has happened in her life — losing her mother, foster care, a dad in prison. She shows up regularly, speaking directly to us (and to Paige) with a hilarious and incisive wisdom of the all-knowing child.

Rakotohavana is best-known for his lead role as Matteo in the hit Disney+ film Secret Society of Second Born Royals. Other credits include The Mick and Raven’s Home.

McIntosh most recently appeared on the big screen opposite Will Smith in Emancipation and in The Storied Life of AJ Fikry. Other credits include Showtime’s The First Lady, and Abbott Elementary.