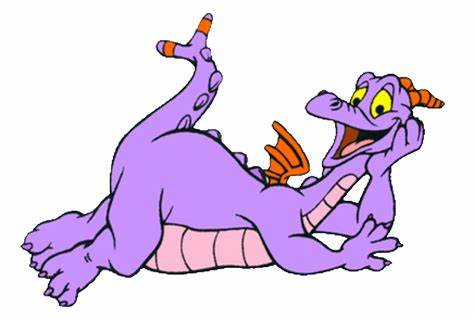 Disney’s iconic Figment character is getting his own feature film at Disney.  The fan-favorite purple dragon from Epcot’s Imagination Pavilion at Walt Disney World was created by Walt Disney Imagineers Tony Baxter and Steve Kirk, among others in 1983.

According to Deadline, the feature hails from Seth Rogen’s Point Grey with Pokémon Detective Pikachu‘s Dan Hernandez and Benji Samit set to write.

Not many details are known about the project but Figment has made previous cameo appearances in Pixar’s Inside Out and Toy Story 4.

The beloved dragon can currently be found in the Journey Into Imagination With Figment attraction at Epcot at Walt Disney World Resort.

Rogen and his producing partners Evan Goldberg and James Weaver have released various TV and film projects under their Point Grey banner including Hulu’s Pam & Tommy, Amazon’s The Boys and The Boys Presents: Diabolical, as well as This Is the End, The Interview, The Disaster Artist and An American Pickle.