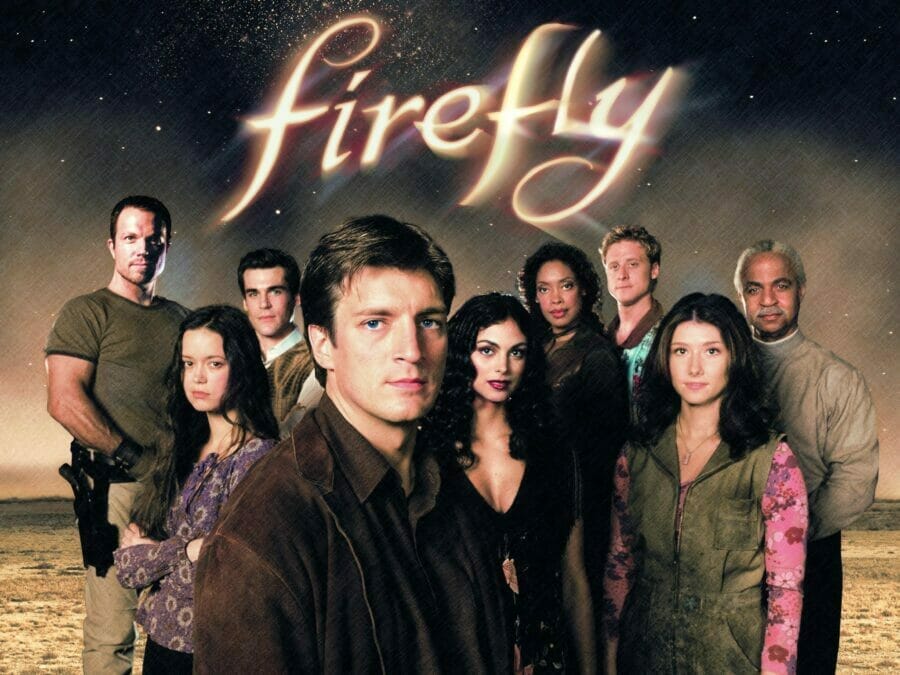 Disney+ is reportedly working on a reboot of Joss Whedon’s “Firefly” series.  According to GiantFreakingRobot.com, the show is currently in early stages of development and that’s why Disney failed to mention the project at their Investor’s Day presentation last week.  Disney acquired the rights to the 20th Century Studios franchise in their acquisition of Fox last year.

The original “Firefly” series debuted in 2002 and was canceled after only one season; however the sci-fi adventure developed a cult phenom following.  The series is set in the year 2517 on a variety of planets and moons and follows the adventures of the renegade crew of Serenity, a “Firefly-class” spaceship.  It even inspired a revival movie in 2005 titled “Serenity”.

According to GiantFreakingRobot, The new show would start the story of Captain Mal Reynolds and his crew aboard the Serenity over from scratch, with an aim to make this a long-running series on Disney+.  There is a twist here and the twist is that they see the show as ideal family-friendly programming for Disney+.  My source tells me they’re planning to target it more at a PG-adventure, family audience and less at the sort of PG-13 dynamic the original Joss Whedon show went for.

It is unclear at this time whether series creator Joss Whedon is actually involved in the new “Firefly” reboot.  The writer/producer has been the topic of multiple controversies over his work on the “Justice League” movie and has since been difficult to employ.

1 thought on “‘Firefly’ Reboot in Development for Disney+”