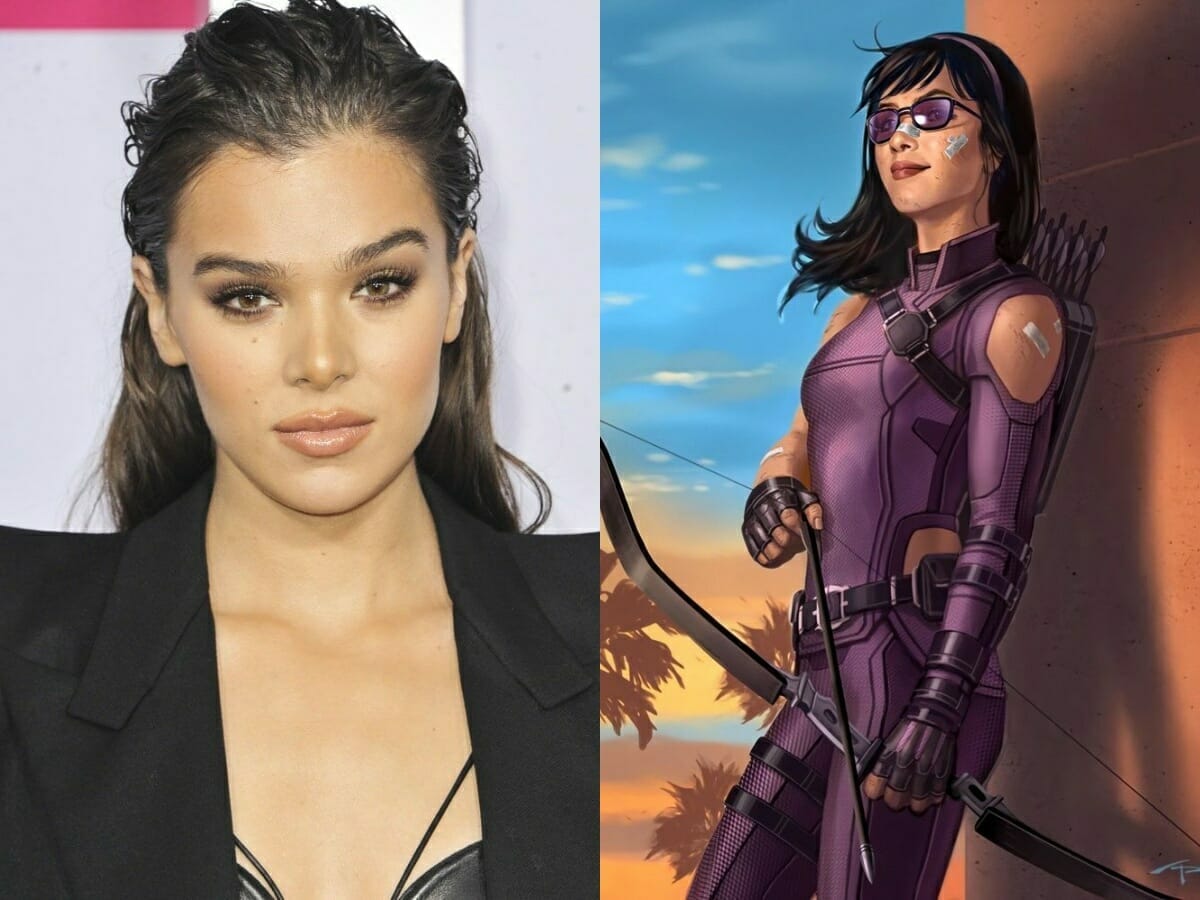 Now, we have some first look images of the actress in her Kate Bishop costume which looks very similar to the character’s suit in the comic book series.  You can see the photos in the Twitter posts below:

Hailee Steinfeld and Jeremy Renner seen on the set of #Hawkeye on the Lower East Side, New York 12/09/2020#Marvel #DisneyPlus

Found more pictures of her in the suit.

Hailee Steinfeld and Jeremy Renner seen on the set of #Hawkeye on the Lower East Side, New York#Marvel #DisneyPlus

She’s in the Kate Bishop outfit ?

The new six-episode limited series will reportedly tell the story of Kate Bishop’s arrival in the Marvel Cinematic Universe. It was recently revealed that Florence Pugh would also be joining the series as Yelena Belova, however it is unknown how large of a role she will have.

“Hawkeye” is also set to star Vera Farmiga (The Conjuring) as Eleanor Bishop, the mother of Kate, Fra Fee (Animals) as Kazimierz Kazimierczak, who you may recognize as the villain Clown, Tony Dalton (Better Call Saul) as Jack Duquesne who is better known as Swordsman, newcomer Alaqua Cox as Maya Lopez aka Echo, a deaf Native American who can copy characteristics of people identically, and Zahn McClarnon (Doctor Sleep) as the father of Maya Lopez.