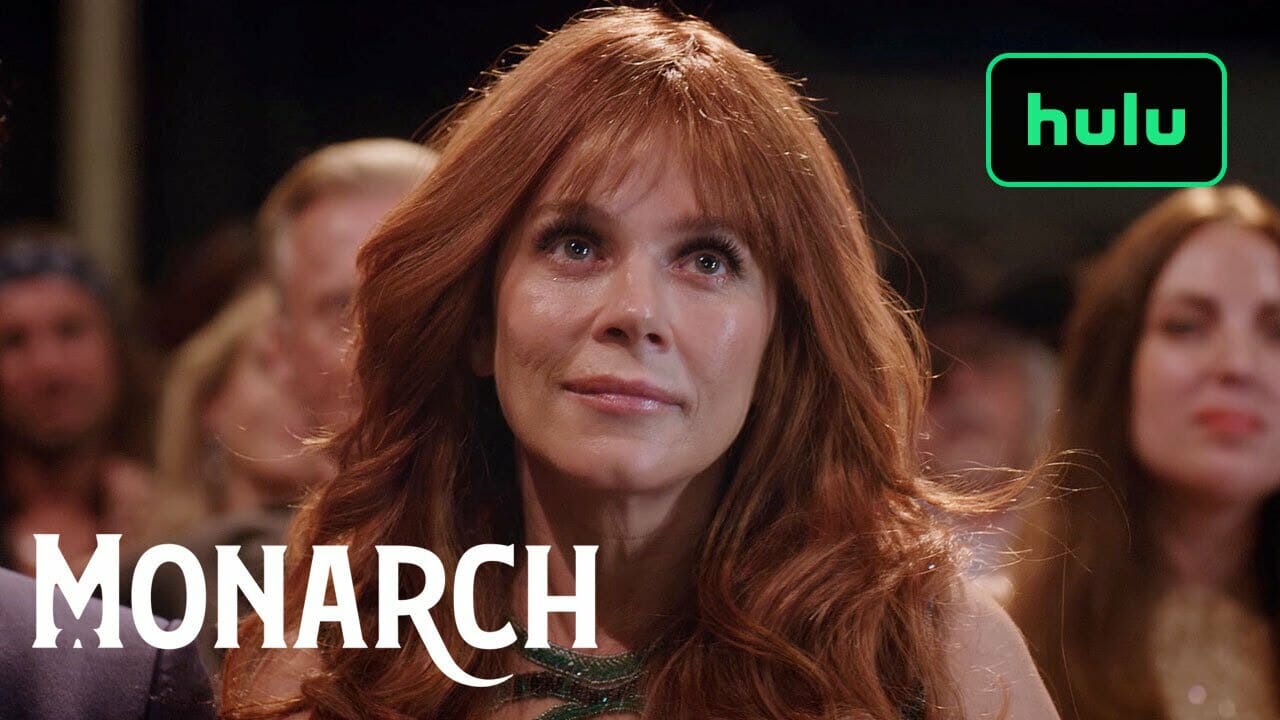 Hulu has provided a first look at the upcoming country music drama series “Monarch” which debuts on Fox on Sunday, September 11, 2002, and streams the next day on Hulu.  The series will then shift to Tuesday nights beginning Sept. 20 in the 9 p.m. slot and then stream the next day on Hulu.

“Monarch” is a Texas-sized, multi-generational musical drama about America’s first family of country music. In “Monarch,” the Romans are headed by the insanely talented, but tough as nails Queen of Country Music DOTTIE CANTRELL ROMAN (Academy Award winner Susan Sarandon, “Feud,” “Thelma & Louise”) and her beloved husband, “Texas Truthteller” ALBIE ROMAN (multi-Platinum country music star and three-time Academy of Country Music (ACM) Award winner Trace Adkins, “Old Henry”). Dottie and Albie have created a country music dynasty. But even though the Roman name is synonymous with authenticity, the very foundation of their success is a lie. And when their reign as country royalty is put in jeopardy, heir to the crown NICOLETTE “NICKY” ROMAN (Golden Globe nominee Anna Friel, “Pushing Daisies”) will stop at nothing to protect her family’s legacy, while ensuring her own quest for stardom.

Watch a first look at the series below: