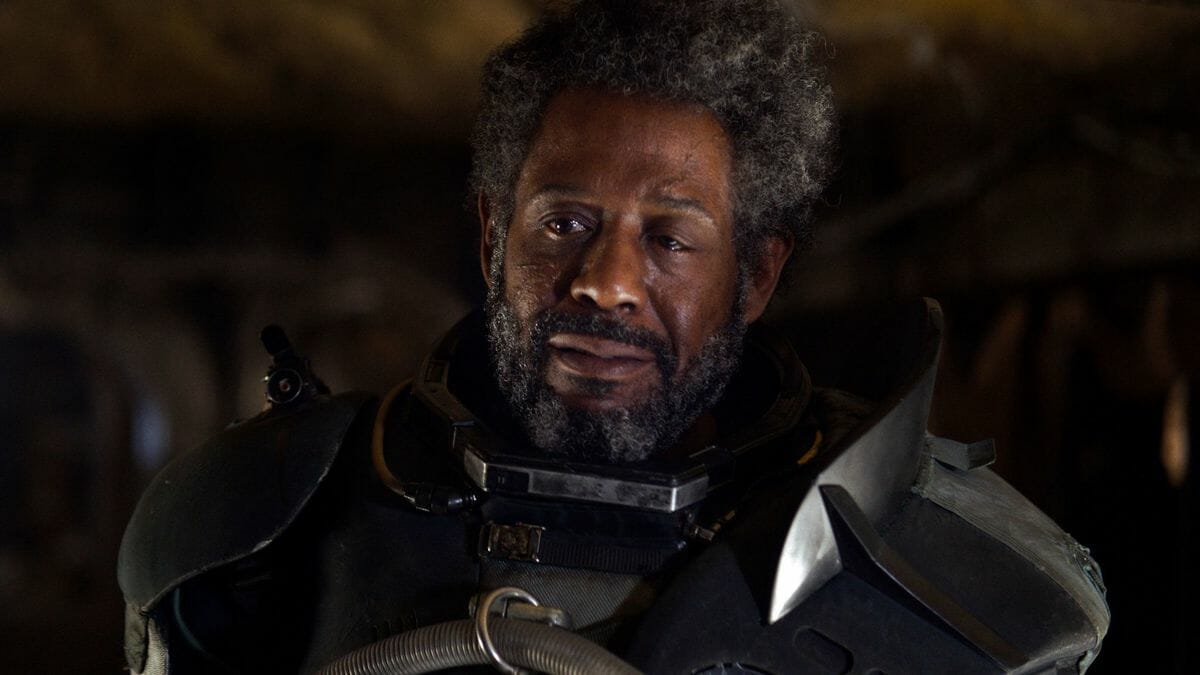 Forest Whitaker will reportedly reprise his role as Saw Gerrera in the Rogue One prequel series “Andor.”  The news was revealed in a recent interview with Stellan Skarsgard on a local Swedish radio station Sverige Radio.

During the interview, the “Andor” star accidentally slipped that he had some “juicy scenes” with Rogue One actor Forest Whitaker while filming the Disney+ series. Skarsgard went on to say that he shared “at least two good” scenes with Whitaker.

Forest Whitaker played Saw Gerrera in Rogue One: A Star Wars Story, but the character who plays a pivotal role in the early days of the Rebellion, has appeared in other Star Wars series like Star Wars: The Clone Wars, Star Wars: Rebels, and Star Wars: The Bad Batch.

Filming is currently underway in the United Kingdom and slated to finish this summer. “Andor” will reportedly consist of 12 episodes and debut on Disney+ sometime in 2022.