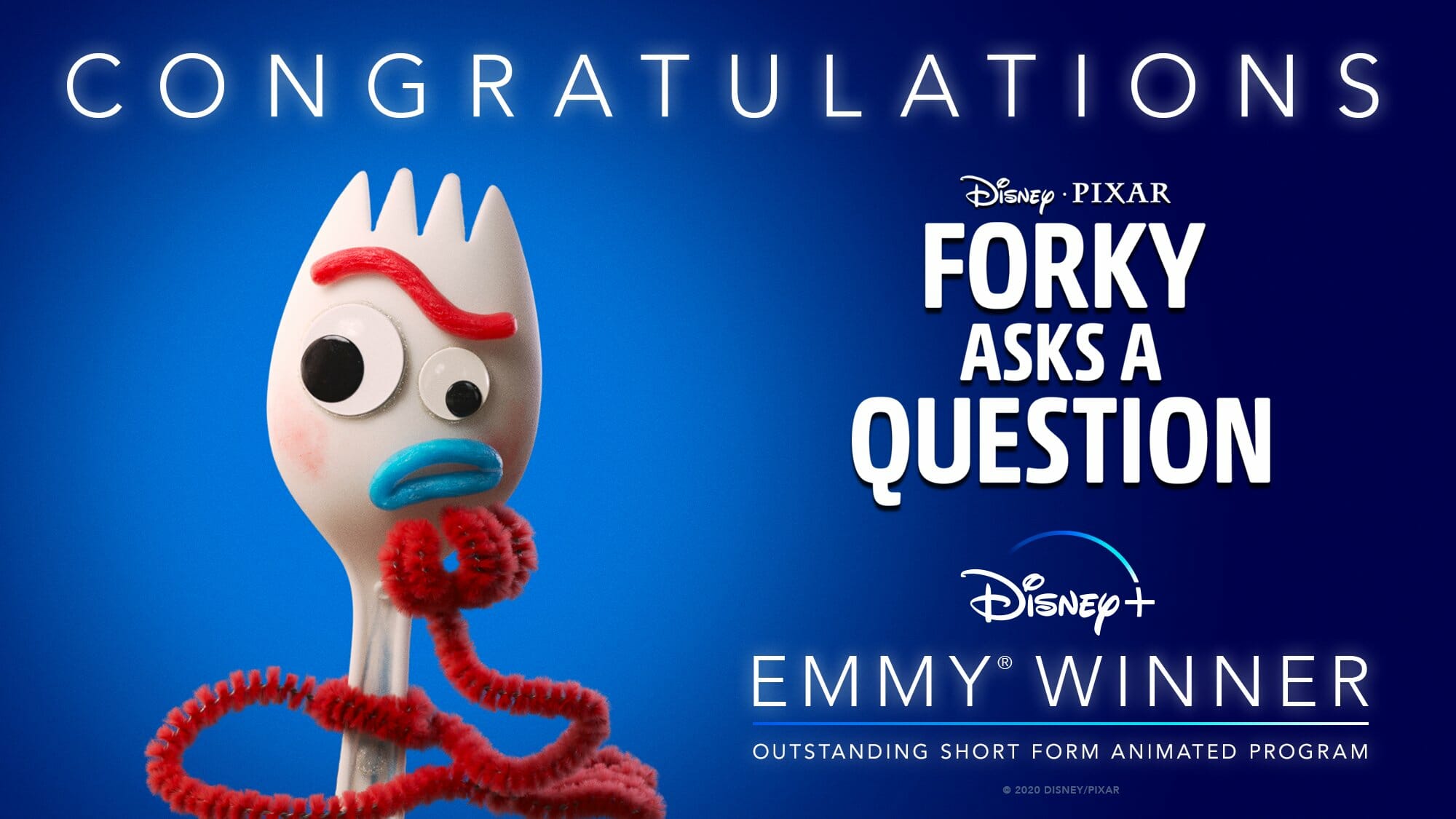 Pixar’s animated short series on Disney+, “Forky Asks A Question” has earned an Emmy for Outstanding Short Form Animated Program.  “What Is Love?” is the title of the short that won the Emmy and it marks the first time Pixar has won an Emmy.

Forky, in Disney and Pixar’s “Toy Story 4,”  a craft project created from trash, has important questions about how the world works, such as: What is love? What is time? And of course, the deepest question of all, What is cheese? He explores all of these questions and more in a collection of shorts.

Earlier this week,  “The Mandalorian” earned its first Emmy Award for Disney+.  The new series garnered 15 overall nominations and picked up five statuettes on the third night of the Creative Arts Emmys.

Congratulations to Pixar and “Forky Asks A Question!”