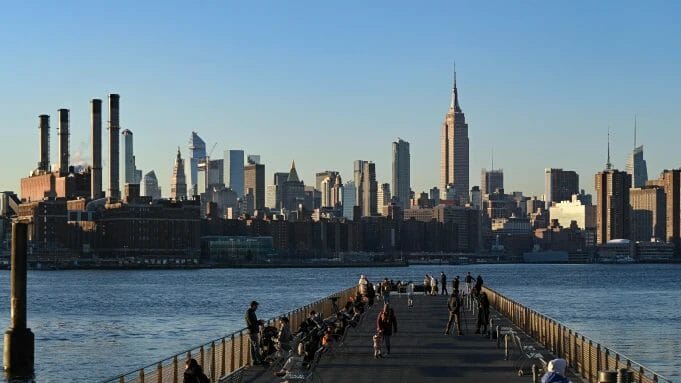 Freeform announces three new original series: “The Deep End,” “Dear Pony: Keep This Between Us” and “Day to Night” (working title). The nonfiction slate boasts two, four-part docu-series and an ensemble docu-follow, all targeted at the network’s young adult audience.

“Nonfiction is a genre that our audience loves,” said Jihan Robinson, vice president, Alternative Development, Freeform. “Our goal is to focus on character-driven narratives that are relatable and reflective of the Gen Z and millennial experience, and we could not be more proud to usher in the new wave of nonfiction programming with these three unique series.”

All titles will be available to stream on Hulu the day after the premiere.

“The Deep End” is an arresting and provocative exploration inside the world of one of today’s most controversial spiritual teachers and her dedicated followers. Filmed over three years with unprecedented access, it is an unflinching portrayal of the incredible lengths people will go to in their search for connection. The four-part docu-series is directed by Jon Kasbe (“When Lambs Become Lions”), produced by Bits Sola (“The Vow”), and executive produced by The Documentary Group’s Tom Yellin and Gabrielle Tenenbaum (“Cartel Land,” “Amend”). “The Deep End” will premiere Wednesday, May 18, at 10 p.m.

DEAR PONY: KEEP THIS BETWEEN US

“Dear Pony: Keep This Between Us” is a four-part docu-series following one woman’s journey as she reexamines her past relationship with a trusted teacher. The series exposes an epidemic of widespread grooming in U.S. high schools. The series is directed by Amy Berg (“Phoenix Rising”), Jenna Rosher (“Dear…”) and Kristi Jacobson (“Solitary”). It is executive produced by Vox Media Studios’ Chad Mumm, Mark W. Olsen and Dana J. Olkkonen; Thalia Mavros from The Front Media (“The Principles of Pleasure”); along with Cheryl Nichols (“Doula”), Ari Basile, Berg and Sarah Gibson (“Britney vs Spears”). “Dear Pony: Keep This Between Us” will premiere Wednesday, June 15, at 10 p.m.

Coming this summer, “Day to Night” (working title) follows the next generation of icons as they emerge from downtown New York to pursue love, art and friendship on their own terms. The series takes viewers into the creative NYC underground, where culture is created, and lives are changed forever. “Day to Night” is produced by Cousins. Megan Sanchez-Warner (“The Real Housewives of Orange County,” “Love and Hip Hop Hollywood”) serves as the showrunner and Jessica Chermayeff, Ana Veselic and Anne Alexander executive produce. Chermayeff and Veselic also serve as series directors.