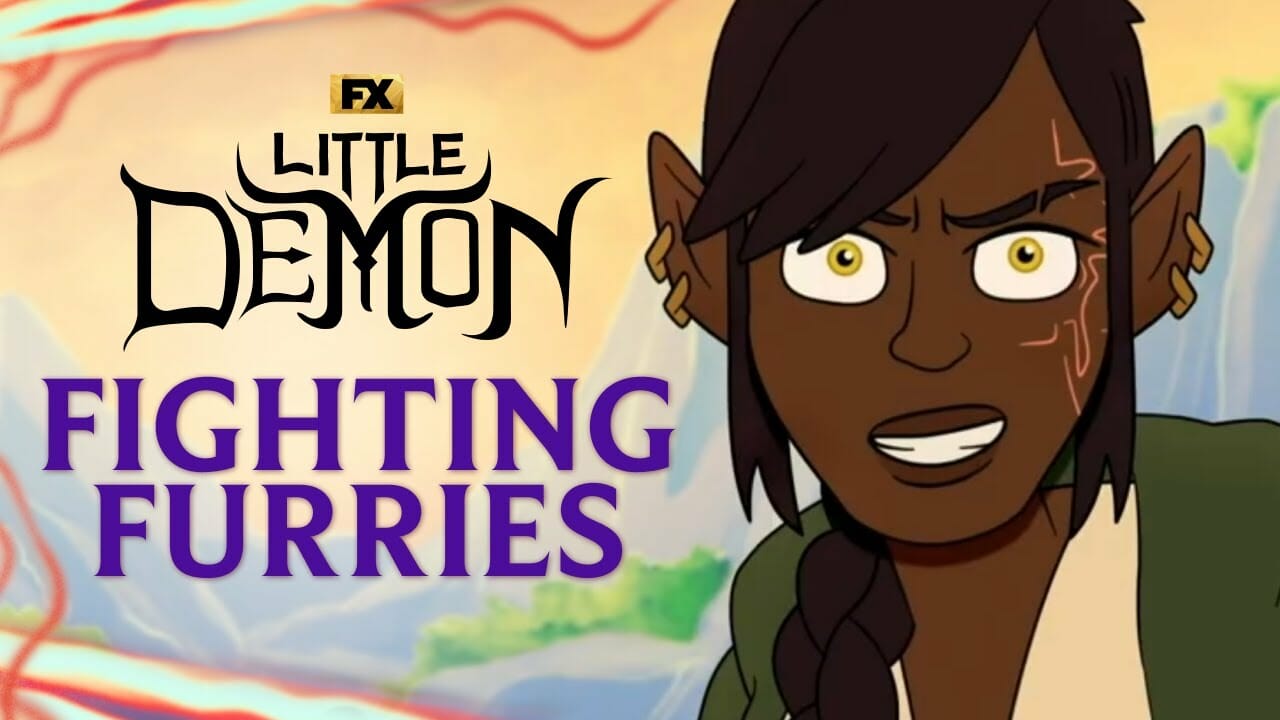 FX has released a “Chrissy and Her Siblings Capture a Furry” clip from Episode 10 of the new animated horror-comedy series “Little Demon.”

In the clip, on a utopian island, Chrissy and her satanic siblings fend off a furry attack.