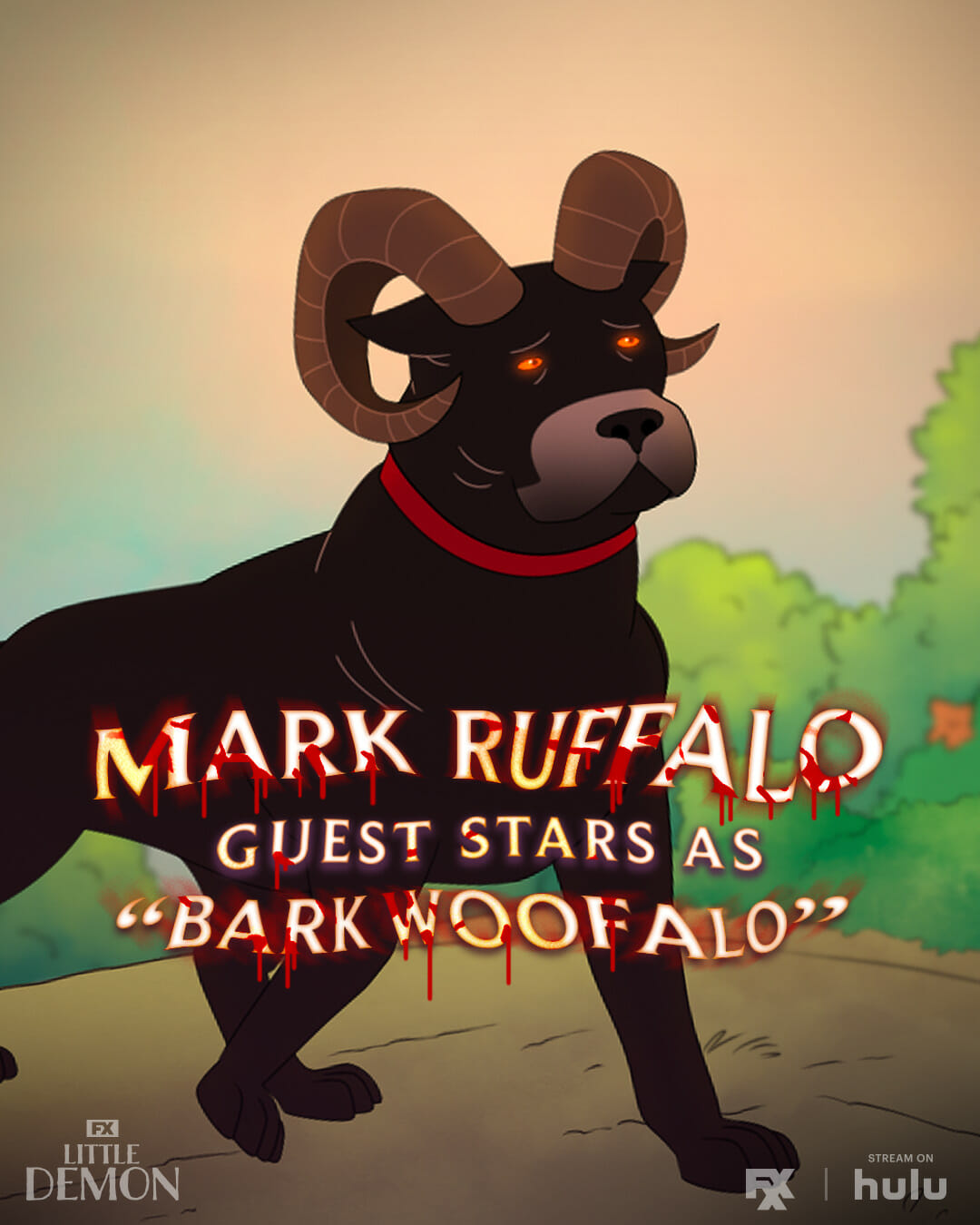 FX has released a “Laura and Satan Say Goodbye to Bark Woofalo” clip from Episode 6 of the new animated horror-comedy series “Little Demon.”  New episodes of the series debut on FXX on Thursdays and stream the next day on Hulu.

In the clip, Laura and Satan come together to say goodbye to their beloved pet. Mark Ruffalo guest stars as Bark Woofalo.