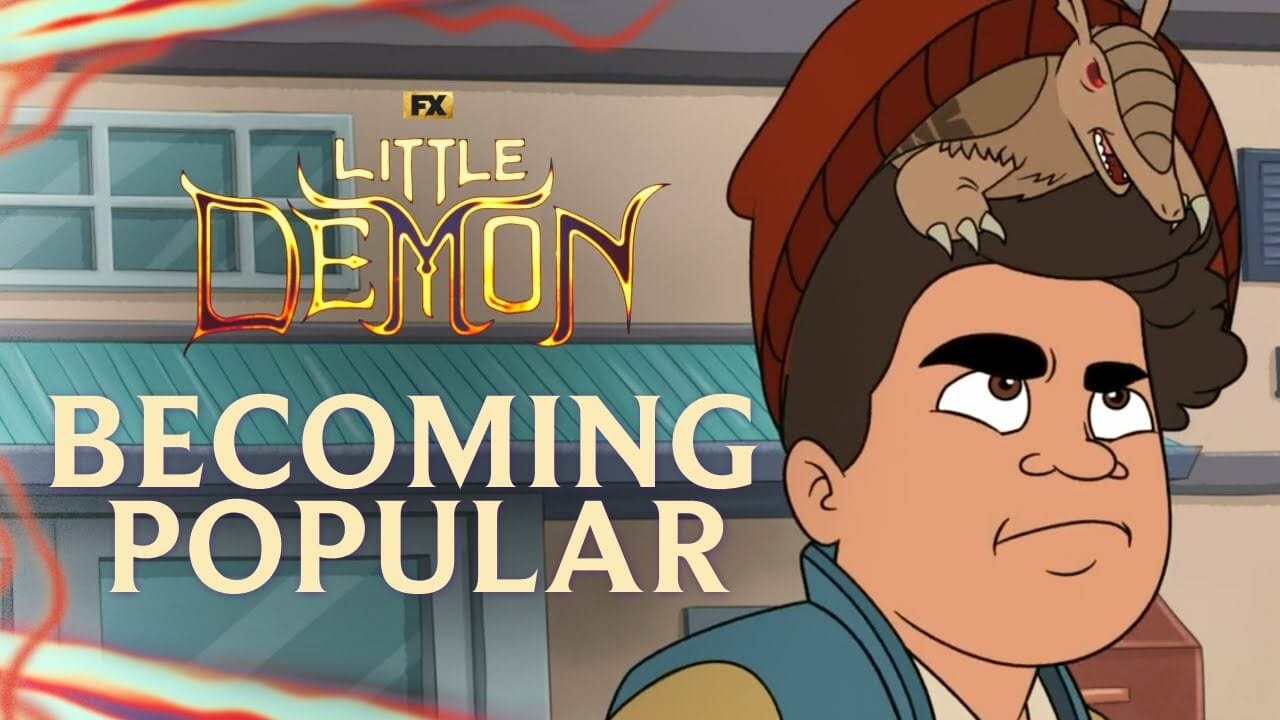 FX has released a “Satan Helps Bennigan Become Popular” clip from Episode 4 of  the new animated horror-comedy series “Little Demon.”  New episodes of the series debut on FXX on Thursdays and stream the next day on Hulu.

“Why can’t we just get popular by being, like, a decent person?”  Check out the clip below:

“Little Demon” will also begin streaming on Disney+ in Australia and New Zealand on Wednesday, September 21, 2022.