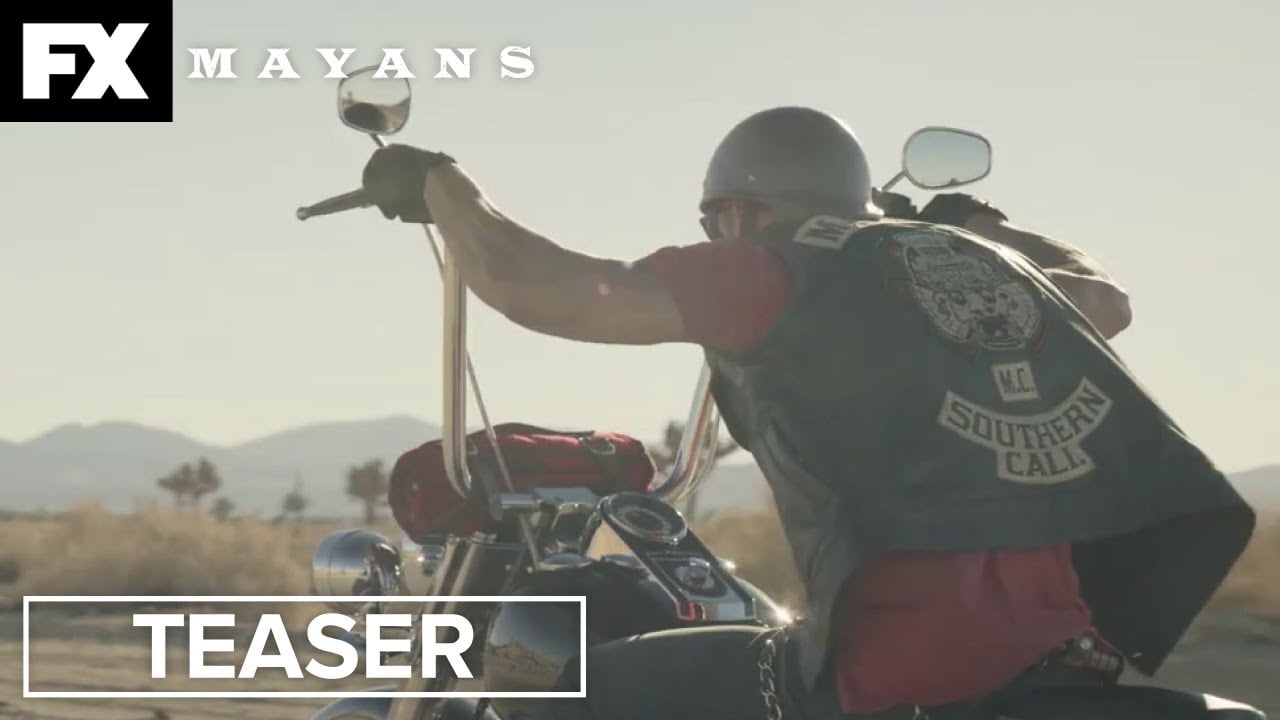 FX has released the trailer for Season 4 of “Mayans M.C.” which will premiere with two episodes airing back-to-back on Tuesday, April 19 at 10 p.m. ET/PT, with new episodes streaming the next day on Hulu.

“Mayans M.C”. is a drama series from Kurt Sutter and Elgin James, and is the next chapter in the Sons of Anarchy saga. Set in a post-Jax Teller world, EZ Reyes is a prospect in the Mayans M.C. charter on the Cali/Mexi border. Now, EZ must carve out his new identity in a town where he once was the golden boy with the American Dream in his grasp.

Watch the teaser below:

The 10-episode fourth season was produced by 20th Television and FX Productions, with James, Sutter and Hilton Smith exec producing.

Seasons 1-3 of “Mayans M.C” are available to stream on Hulu now.  Earlier seasons are also available on Disney+ internationally including the United Kingdom, Ireland and Canada.