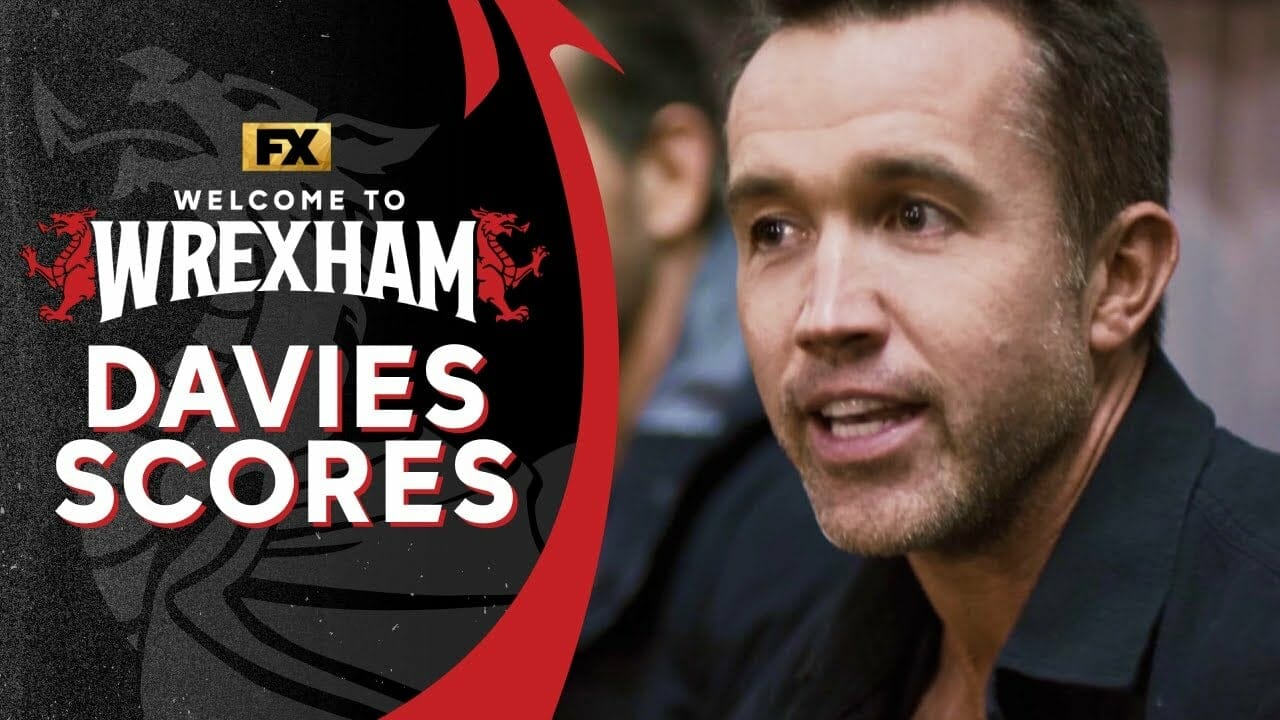 FX has released a new “Jordan Davies Scores” clip from Episode 8 of “Welcome to Wrexham.”  New episodes of the series release on FX, Hulu and Disney+ in the UK.  The show will also be coming to Disney+ in Canada on October 13, 2022.

Ryan Reynolds and Rob McElhenney pray for a goal, and Jordan Davies delivers.  Check out the clip below.

In 2020, Rob and Ryan teamed up to purchase the 5th tier Red Dragons in the hopes of turning the club into an underdog story the whole world could root for. The worry? Rob and Ryan have no experience in football or working with each other. From Hollywood to Wales, from the pitch to the locker room, the front office to the pub, Welcome to Wrexham will track Rob and Ryan’s crash course in football club ownership and the inextricably connected fates of a team and a town counting on two actors to bring some serious hope and change to a community that could use it.