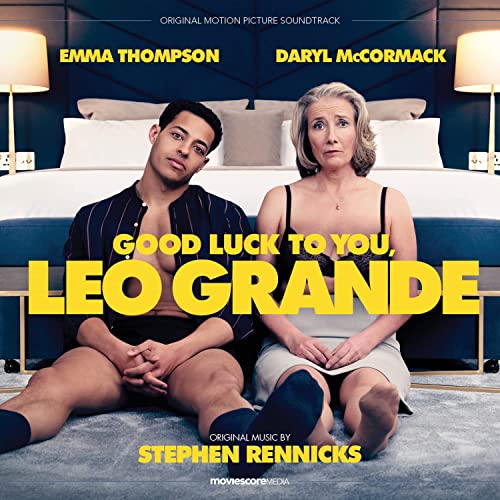 MovieScore Media has released the soundtrack album for Searchlight Pictures’ “Good Luck To You, Leo Grande” which is now streaming on Hulu in the United States and playing in cinemas in the UK.

The album features the film’s original music composed by Stephen Rennicks. Rennicks has previously worked on Room, Normal People, Frank, Conversations with Friends, What Richard Did, and The Little Stranger.

In “Good Luck To You, Leo Grande,” two-time Academy Award winner Emma Thompson (Love, Actually) embodies the candor and apprehension of retired teacher Nancy Stokes, and newcomer Daryl McCormack (Peaky Blinders) personifies the charisma and compassion of sex worker Leo Grande. As Nancy embarks on a post-marital sexual awakening and Leo draws on his skills and charm, together they find a surprising human connection.

It is directed by Sophie Hyde and produced by Debbie Gray and Adrian Politowski.