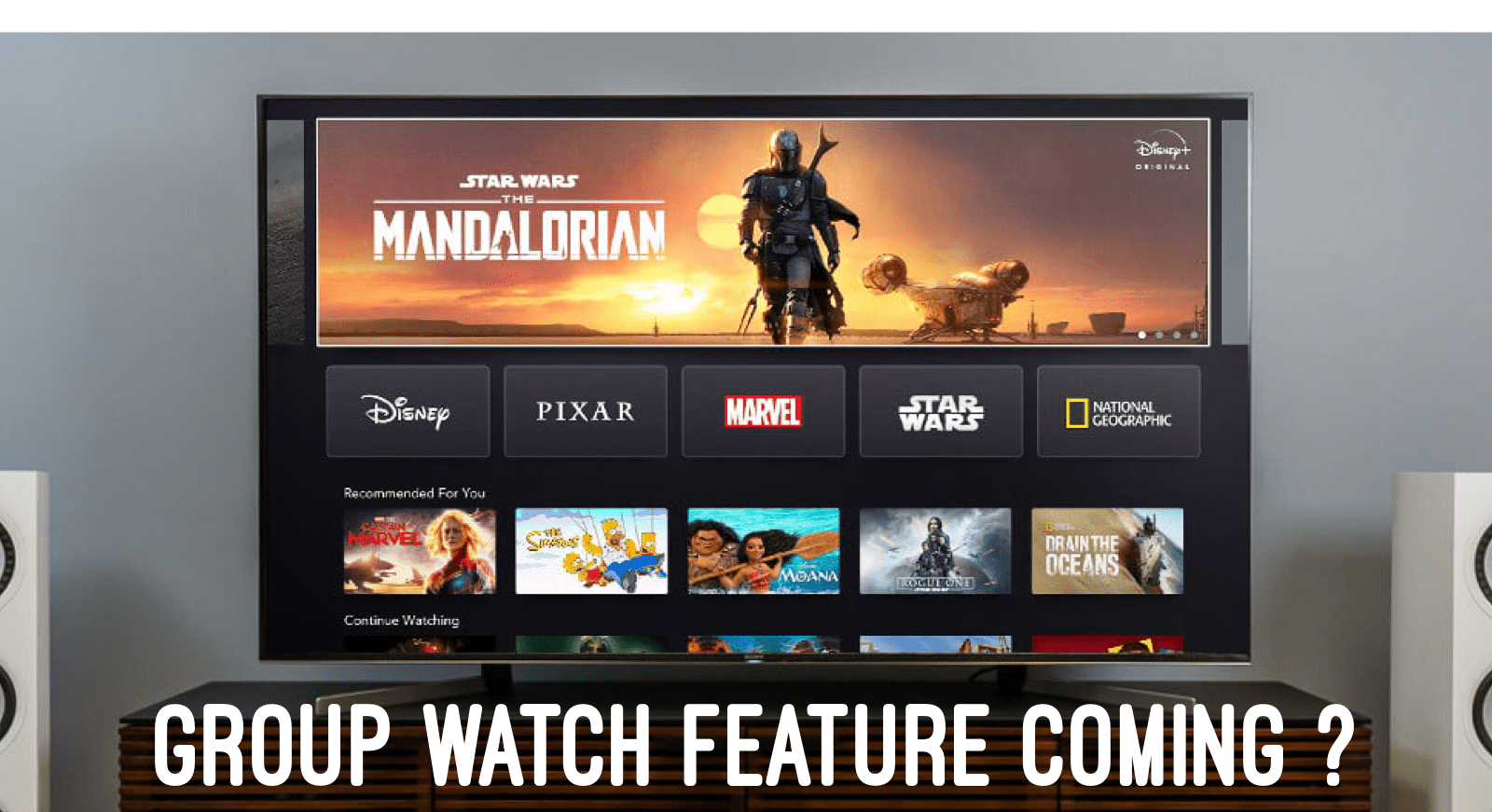 Code found on the Disney+ website via inspect element certainly hints at this feature.  As you can see in the screenshots, the code was added to the service on Friday 28 August and hints at some pretty exciting things to come for the service.

If accurate, this would make Disney+ the first international streaming service with the feature baked into it.  Hulu rolled this out earlier on in the year, and there are various extensions that enable this functionality across services like Netflix and even Disney+ itself.

The feature looks to also have PIN code functionality, probably to keep children out of inappropriate group watches.  PIN functionality is something that Disney+ doesn’t currently have, even in its parental control feature-set.  Having a PIN as part of the package could also pave the way for other areas of Disney+ being PIN-locked in the future.

As far as the details, this looks to be a fairly interactive way of viewing content with friends and families.  There are emojis and chat features.  I haven’t found any evidence that this works across multiple accounts, only multiple profiles within the same account, but I’ll keep digging. 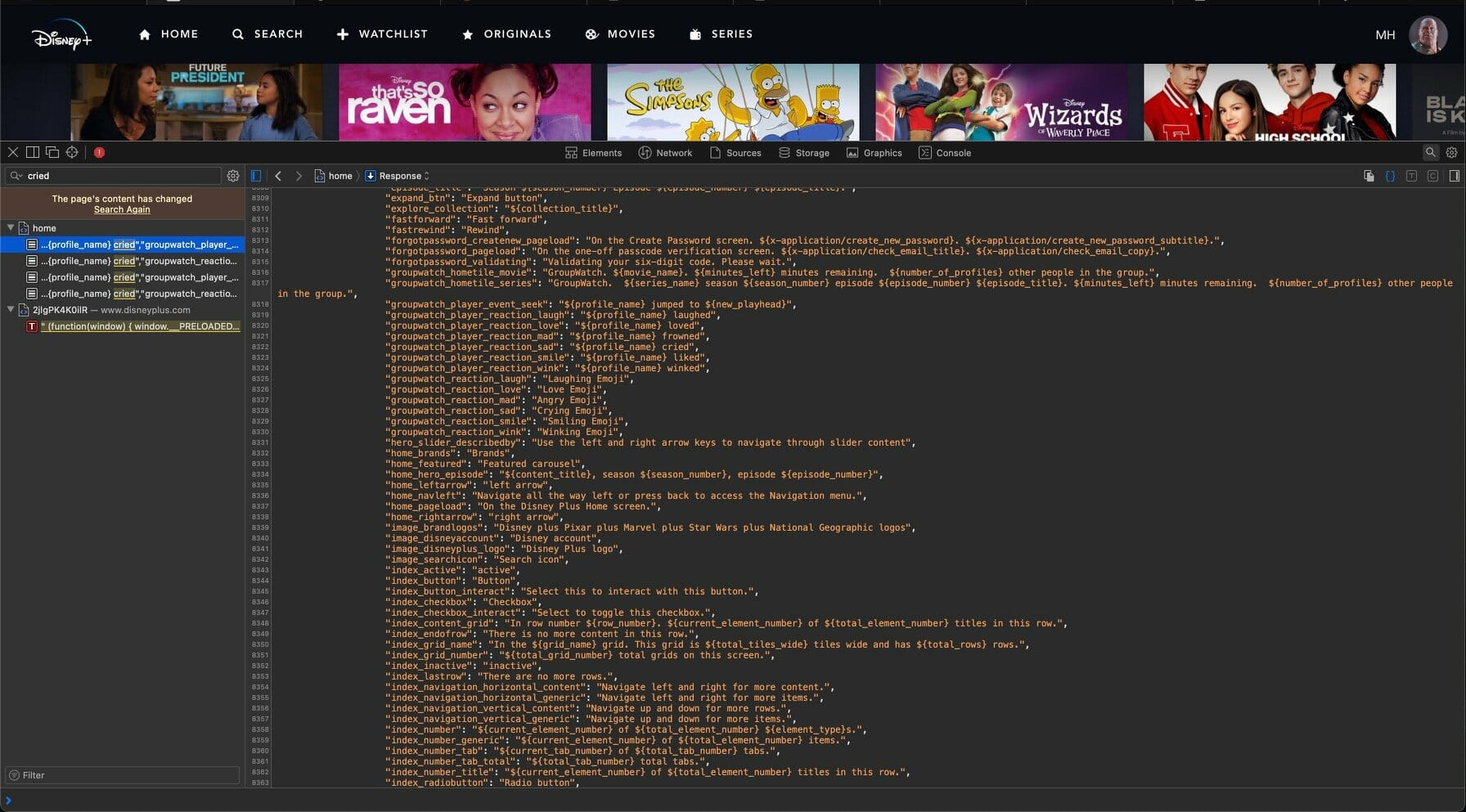 So I’ve been scouring a bit more and came across this:

To save you the hassle, the Group Watch feature looks to be available to anybody who has a Disney+ account.  You would send the invitation to someone, they would receive it and click a link to join the party, then would be met with a screen which invites them to subscribe to Disney+ if they do not have an account.  What supports this is the fact that the advice for this feature tells the user to only invite friends and family, and the feature is disabled for initiation by a Kids profile.  This makes sense, because there looks to be some chat features integrated, so parents can be a lot safer knowing that their kids aren’t going to send invitations to randomers.

I’ve found something else which gives a lot of indications as to the mechanics of the feature.  It looks to be rolling out in time for Mulan to debut on Premier Access, and it looks like you can only do it on a laptop or mobile device, which makes sense.  You will be allowed to have a Group Watch with up to 7 people, and they don’t have to be in your account.  However, what they do need to have (if you’re watching Mulan) is Premier Access.  This makes the proposition a lot more expensive for people who thought they’d split the cost with friends, but it’s very understandable as to why this is the case.

It also seems like you can’t be in more than one Group Watch at a time, which is fair enough.  Furthermore, it looks like every person has equal control over the video playback, meaning everyone can play and pause at will – probably another reason why Kids profiles aren’t allowed.

I’ll put the screenshot below this so you can see for yourself!

I’ll keep digging and update this post as and when I come across more information pertaining to the Group Watch feature, though I don’t think there’s much more I can possibly find at this point.

To sum up where we are now:

What else is there to find?

Obviously most people who watch Disney+ do so via an app on their TV or streaming box, which is hooked to their TV.  They may use a Chromecast, but the vast majority of people have non-mobile devices upon which they watch Disney+.  I’m going to look for any indication that the Group Watch feature will allow a user to accept the invite on their mobile device whilst the content continues on their TV, meaning you get some of the interactivity without the cumbersome aspect of text.  I doubt it, though.

But, as I said above, I’ll update this post if there’s anything more I can find.

The views and opinions expressed in this article are those of the authors and do not necessarily reflect Disney Plus Informer. All information obtained for this article was obtained using publicly available information.