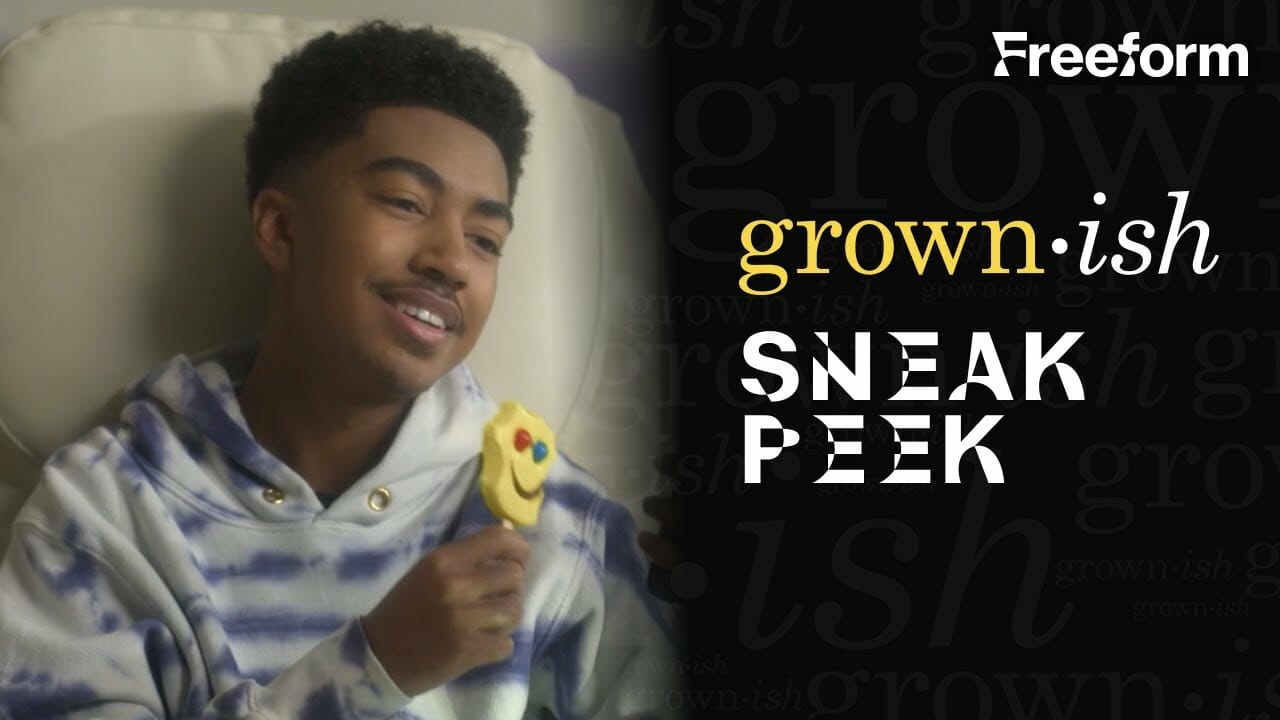 Freeform has released a “Junior’s Sugar Daddy” clip from Episode 11 of Season 5 of “grown-ish.”  Episode 11 airs on Freeform on January 25th and is available to stream next day on Hulu.

In Episode 11, In an act of desperation, Junior begs Jack for some extra cash–but it comes at a price.

Previous seasons of “grown-ish” are available to stream now on Hulu in the US and on Disney+ in many countries including the US, the United Kingdom, Ireland, and Canada.  The series has been renewed for a sixth season.