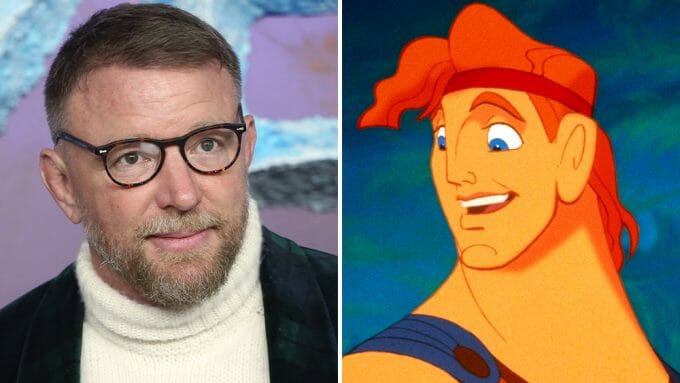 Joe and Anthony Russo a.k.a. The Russo Brothers’ (Avengers: Endgame) AGBO is producing the film.

The studio is in the process of hiring writers.  Dave Callaham (Wonder Woman 1984, and Marvel’s Shang-Chi and the Legend of the Ten Rings) wrote the first draft.

Ritchie most recently shot an untitled action thriller with Jake Gyllenhaal starring that STX sold to MGM and Amazon. He is coming off Operation Fortune: Ruse de guerre, which he wrote, directed and exec produced, with Jason Statham starring for STX.

The 1997 animated film Hercules (Tate Donovan), follows a son of gods, who was snatched as a baby by Hades (James Woods) and forced to live among mortals as a half-man, half-god. Now a teenager, Hercules needs to perform a rite of passage on Earth to prove himself worthy of living with the gods on Mount Olympus. With his plucky satyr sidekick, Philoctetes (Danny DeVito), along for the ride, Hercules must learn how to use his strength to defeat a series of evil creatures.

1997’s animated Hercules is available to stream now on Disney+ as well as the animated series.