Skip to content
Home » Blog » ‘Have You Seen This Man?’ Original Series Coming Soon to Hulu 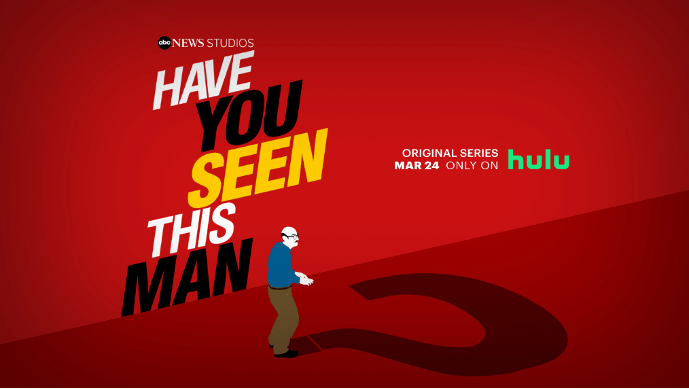 Following the second season success of ABC Audio’s podcast “Have You Seen This Man?,” ABC News Studios brings the international search of fraudster John Ruffo to streaming with a new Hulu Original. Emmy® Award-winning co-host of “The View” Sunny Hostin hosts the three-part limited series featuring one of the longest, most intense hunts in U.S. history. In 1997, the FBI arrested John Ruffo, who ran a small computer sales company from New York City, for committing a staggering $353 million bank fraud. After conviction, Ruffo disappeared without a trace, and U.S. marshals have been searching 24 years for one of the United States’ Most Wanted Fugitives. The series takes viewers on a journey as cold case investigators span the globe and uncover surprising details about Ruffo’s mysterious past. All three episodes of “Have You Seen This Man?” premiere on Thursday, March 24, only on Hulu.

After a judge sentenced Ruffo to a 17 ½ year federal prison term, Ruffo avoided it and drove instead to John F. Kennedy Airport. “Have You Seen This Man?” follows U.S. marshals as they search for clues and receive fresh tips that lead them across the globe from California to Italy. Featuring interviews with retired and active U.S. marshals, as well as members of Ruffo’s family, the docuseries examines Ruffo’s case from the beginning and presents an up-close look into the investigative process behind the search. “Have You Seen This Man?” asks for help from the public to offer information or tips on the fugitive’s whereabouts.

Episode 1: Anatomy of a Con Artist

John Ruffo, who ran a small computer sales company from New York City, had a surprising gift for deception and committed a staggeringly brazen $353 million bank fraud. The FBI arrested Ruffo in 1997, he pled guilty, and the judge sentenced him to 17 ½ years in federal prison. What happened next left a trail of shattered lives and sparked one of the longest, most intensive searches in U.S. history.

Episode 2: The Hidden Life of Thieves

John Ruffo falsely traded on the name and clout of American tobacco giant Philip Morris — an audacious crime and the biggest swindle of its time. Getting access to millions of dollars, Ruffo transformed himself into a Wall Street high roller. He spun fantastical tales of secret government missions. When his life started to unravel, he pulled off a con as daring as his fraud: After convincing prosecutors and a judge to let him self-report for a 17 ½ year prison term, he disappeared. The U.S. marshals chased a promising tip when a relative reported spotting someone resembling Ruffo seated behind home plate at a Los Angeles Dodger game.

Episode 3: The Spy Who Scammed Me

In diaries he left behind, John Ruffo spins an exotic Cold War tale. Is it all part of another Ruffo con? To find out, the team goes in search of an infamous FBI turncoat and a Soviet diplomat, who Ruffo claimed was a target for defection. Would fresh answers to the mysteries of Ruffo’s escape emerge from behind a Cold War curtain? Or could the answer lie closer to home, still shrouded in secrecy by the American mob?