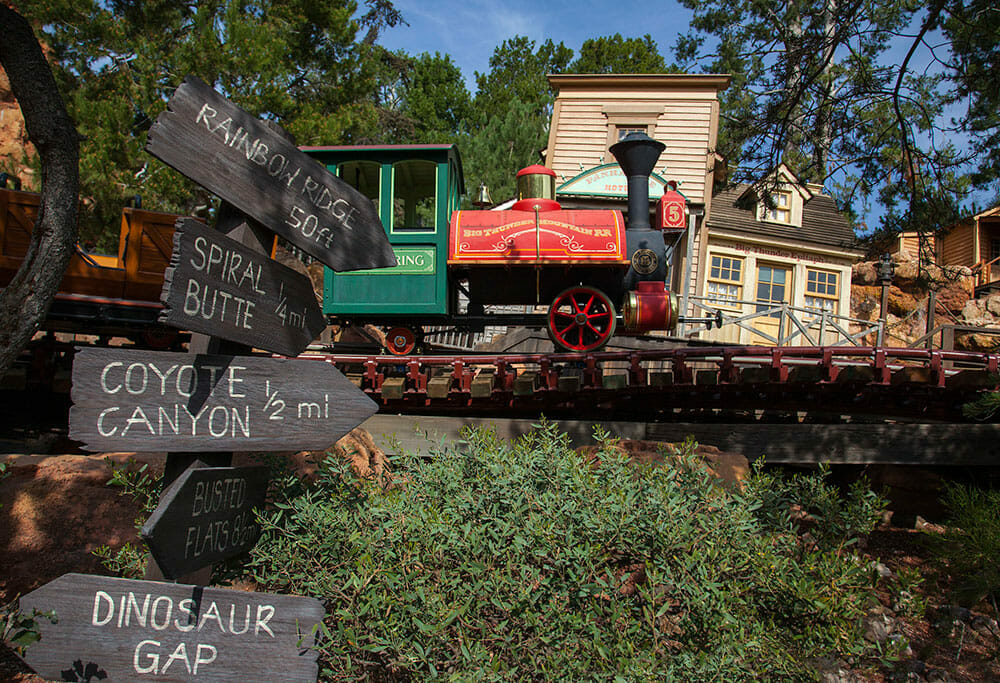 According to Deadline, directing duo Bert & Bertie (Hawkeye) are in negotiations to direct a new feature film from Disney based on the Big Thunder Mountain attraction at Disney Theme Parks.

LuckyChap Entertainment and Scott Free are producing with the Mulroney sisters writing the script.

The original theme park ride opened in 1979 in Disneyland park with versions today at Magic Kingdom in Walt Disney World and Tokyo and Paris locations.

You can view the ride description below:

After you arrive at the legendary Big Thunder Mining Company, descend into an abandoned mine shaft and board your train. As you enter the cursed cavern, the engine speeds up along the rickety track. Dodge exploding dynamite and falling boulders as you swoop around turns, drop into canyons and dart through the mysterious ghost town of Tumbleweed.

Plot details for the movie have not been revealed yet but Disney has been expanding its films based on Disney Theme Park attractions including Pirates of the Caribbean, Jungle Cruise and the upcoming Haunted Mansion remake.