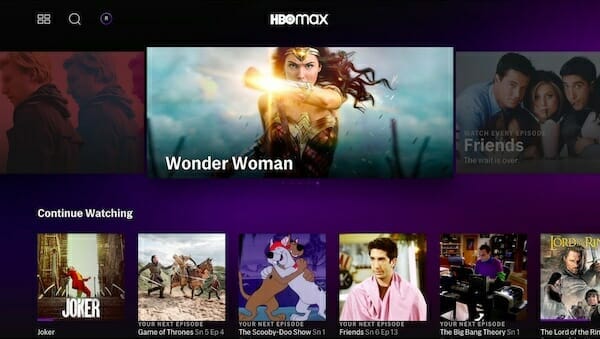 WarnerMedia’s highly anticipated streaming platform, HBO Max, has officially launched today, featuring a leading collection of content curated from across WarnerMedia’s legendary catalog and a roster of new Max Originals, plus fan-favorite acquired franchises and films. The launch of HBO Max is the culmination of efforts over the past year to bring the best of WarnerMedia together to launch a new streaming offering, following AT&T’s acquisition of Time Warner. HBO Max has an unparalleled backing of distinct talent and industry leaders and demonstrates what can be accomplished when WarnerMedia’s celebrated brands come together.

This new direct-to-consumer experience features 10,000 hours of premium content. Highlights of the extensive WarnerMedia portfolio of library programming available starting today include the entire Friends library; the first season of TNT’s The Alienist; the first four seasons of truTV’s hit show Impractical Jokers; as well as the libraries of The Big Bang Theory, Rick and Morty, Robot Chicken, The Boondocks, The Bachelor, The Fresh Prince of Bel-Air; CW shows such as Batwoman, Nancy Drew, and Katy Keene; the first season of DC’s Doom Patrol; The O.C.; Pretty Little Liars; the CNN catalogue of Anthony Bourdain: Parts Unknown; and much more. Soon, the platform offering will continue to grow adding the libraries of Gossip Girl, The West Wing, and more within the first year of launch.

Additionally, Crazy Rich Asians, A Star is Born, Aquaman, Joker, the Alien franchise, the American Pie series, Anastasia, Babe, Die Hard, The Flintstones, In Bruges, The Indian in the Cupboard, Jaws, Moulin Rouge! and Teen Witch will all be available via the HBO service offering.

There are also a number of titles that from Disney and 20th Century Studios due to an existing  agreement. 20th Century Fox signed a 10 year deal back in 2012 which brings all new Fox movies to HBO. Movies such as “Spies in Disguise” and “Call of the Wild”, will go to HBO Max first. This is only for the US, other countries will vary.

Here’s a look at Disney and Touchstone movies available on HBO Max:

• The Bridge to Terabithia

• Alvin and the Chipmunks: Chipwrecked

• That Thing You Do

HBO Max is now widely available to consumers, including millions of existing HBO and HBO NOW subscribers who can access this greatly expanded offering at no extra cost.

Existing HBO NOW direct-billed customers, as well as those who are billed through Apple, Google Play, Samsung, Optimum and Verizon Fios Internet will get instant access to HBO Max today at no extra cost, with the HBO NOW app automatically updating to the HBO Max app on supported devices.

Current HBO subscribers who get their service and are direct-billed through AT&T, AT&T TV, DIRECTV, U-Verse TV, Cox, Hulu, Optimum, Spectrum, Suddenlink, Verizon Fios TV and select independent cable, broadband, and telco providers through the NCTC like WOW!, Atlantic Broadband, RCN and MCTV, among others, now also have access to HBO Max at no extra cost. Customers can download the HBO Max app and then elect to access it on supported devices or via desktop and log in using their existing provider’s username and password to unlock all of HBO Max.