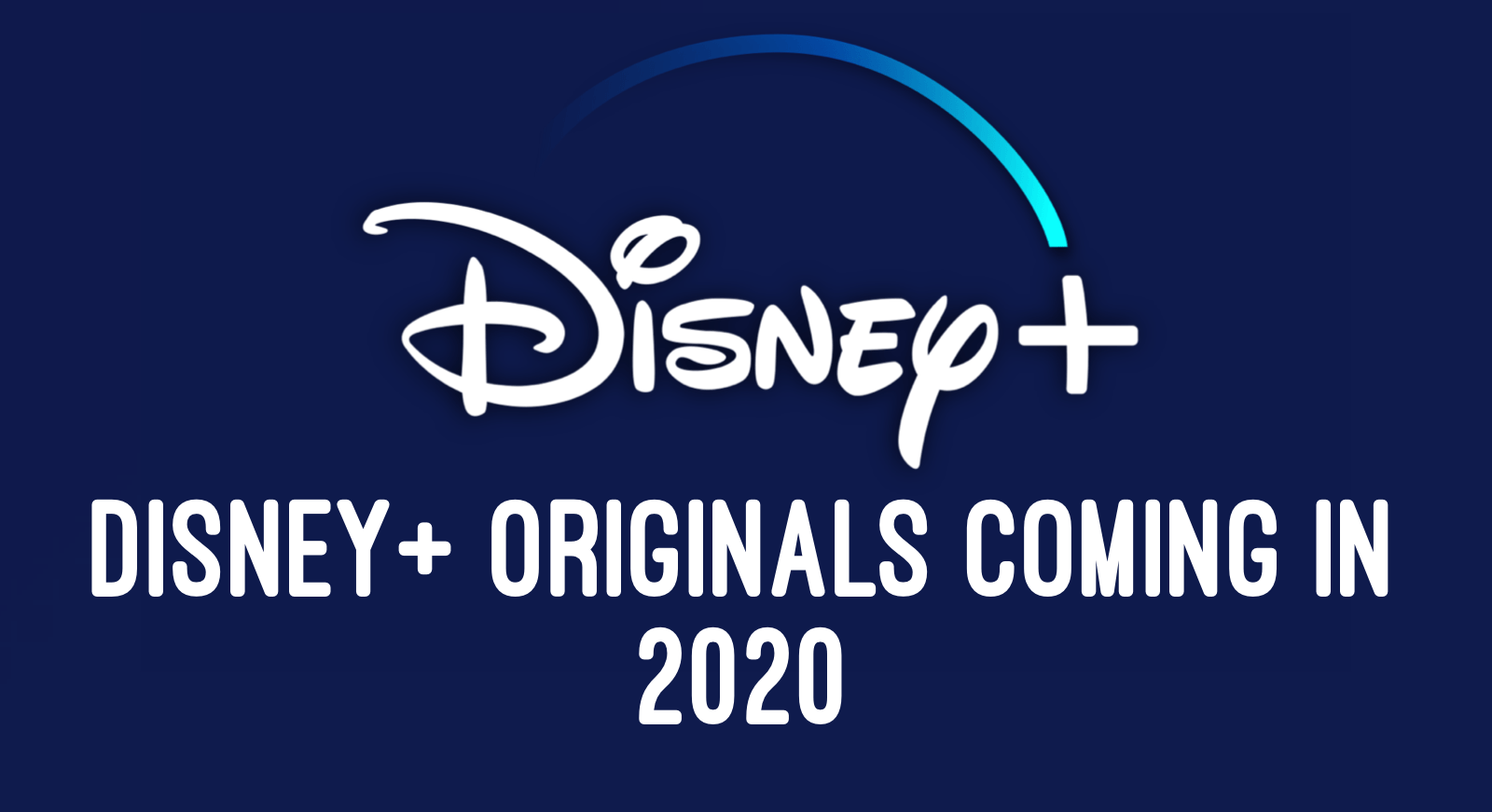 When Disney+ launched in November, it came with a heap of original content that was exclusive to the platform. Many of those original series have either wrapped up or will be ending in the next few weeks.

Here’s a look at all of the announced original series coming to Disney+ in 2020:

Diary of a Female President 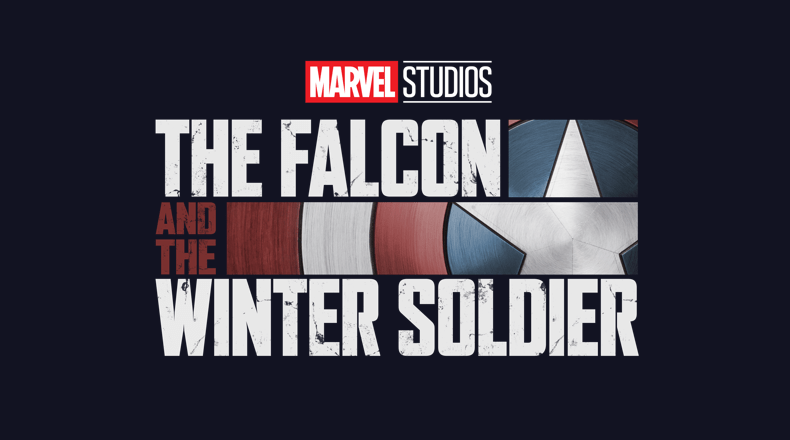 The series explores Wilson’s actions after receiving Captain America’s shield. Sebastian Stan as Bucky Barnes / Winter Soldier: An enhanced soldier and Rogers’ best friend who reemerged as a brainwashed assassin after being thought killed in action during World War II.

Inspired by Disney and Pixar’s Academy Award®- winning feature film “Monsters, Inc.,” the animated series follows Tylor Tuskmon (voiced by Ben Feldman), an ambitious, yet clumsy monster who is set to begin his dream job as a Scarer when the news hits that Monsters, Inc. is now harvesting children’s laughter instead of screams the laughter of children to fuel the city of Monstropolis. Tylor accepts an entry-level job with the facilities team in hopes of someday making his way up to the factory Laugh Floor to become a Jokester alongside his idols Mike and Sulley (voiced by Billy Crystal and John Goodman).

“Disney’s Fairy Tale Weddings” gives viewers an inside look at some of the spectacular weddings and engagements at Disney Destinations around the globe. Filled with surprise guests and performances, epic locations, and heartfelt love stories, the series follows real couples as they prepare for their walk down the aisle, dream engagement, or unforgettable vow renewal. 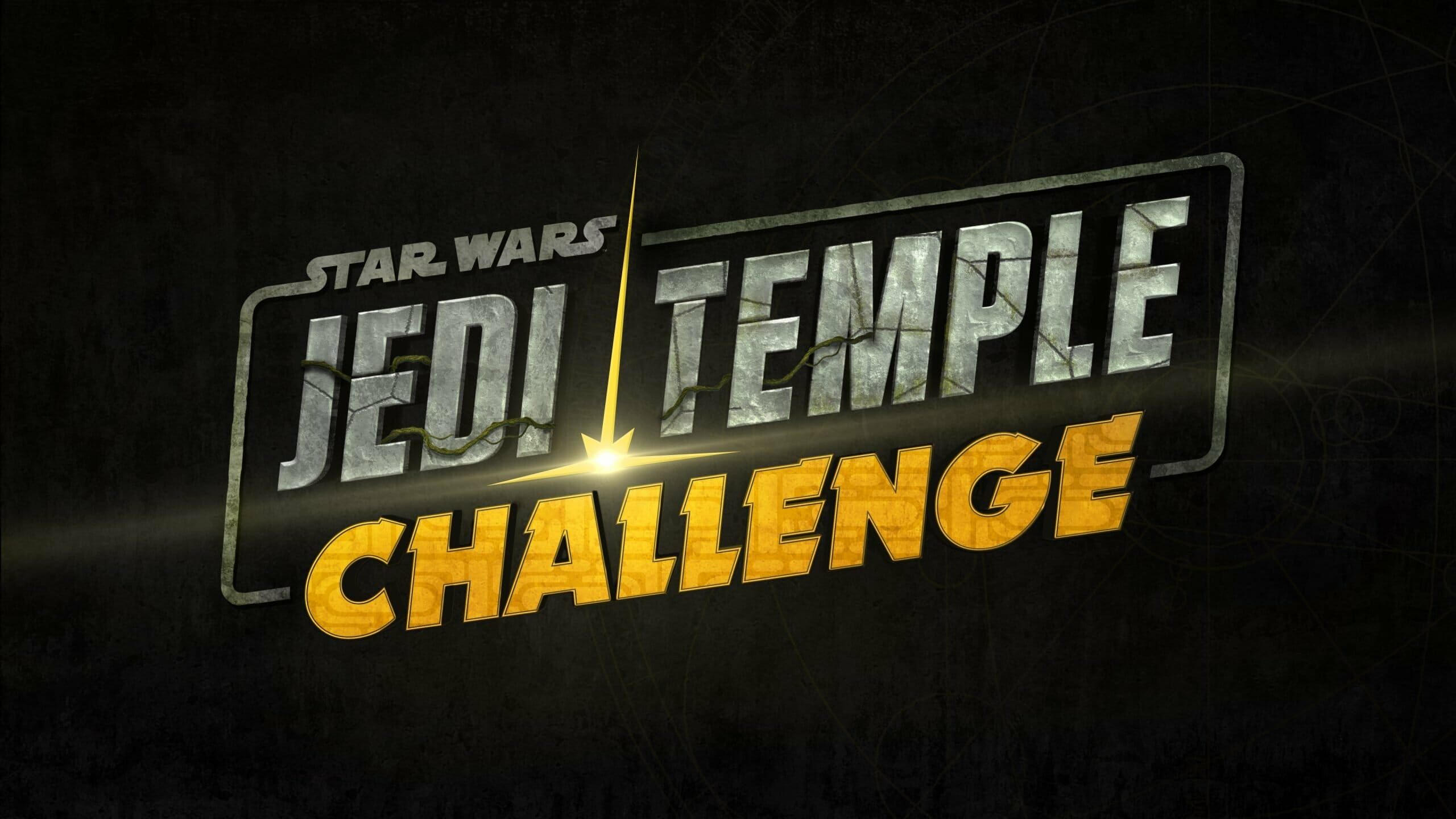 Star Wars: Jedi Temple Challenge is a game show that tests young contestants’ abilities in the core Jedi principles of strength, knowledge, and bravery as they face thrilling and fun obstacles in an attempt to achieve the rank of Jedi Knight! 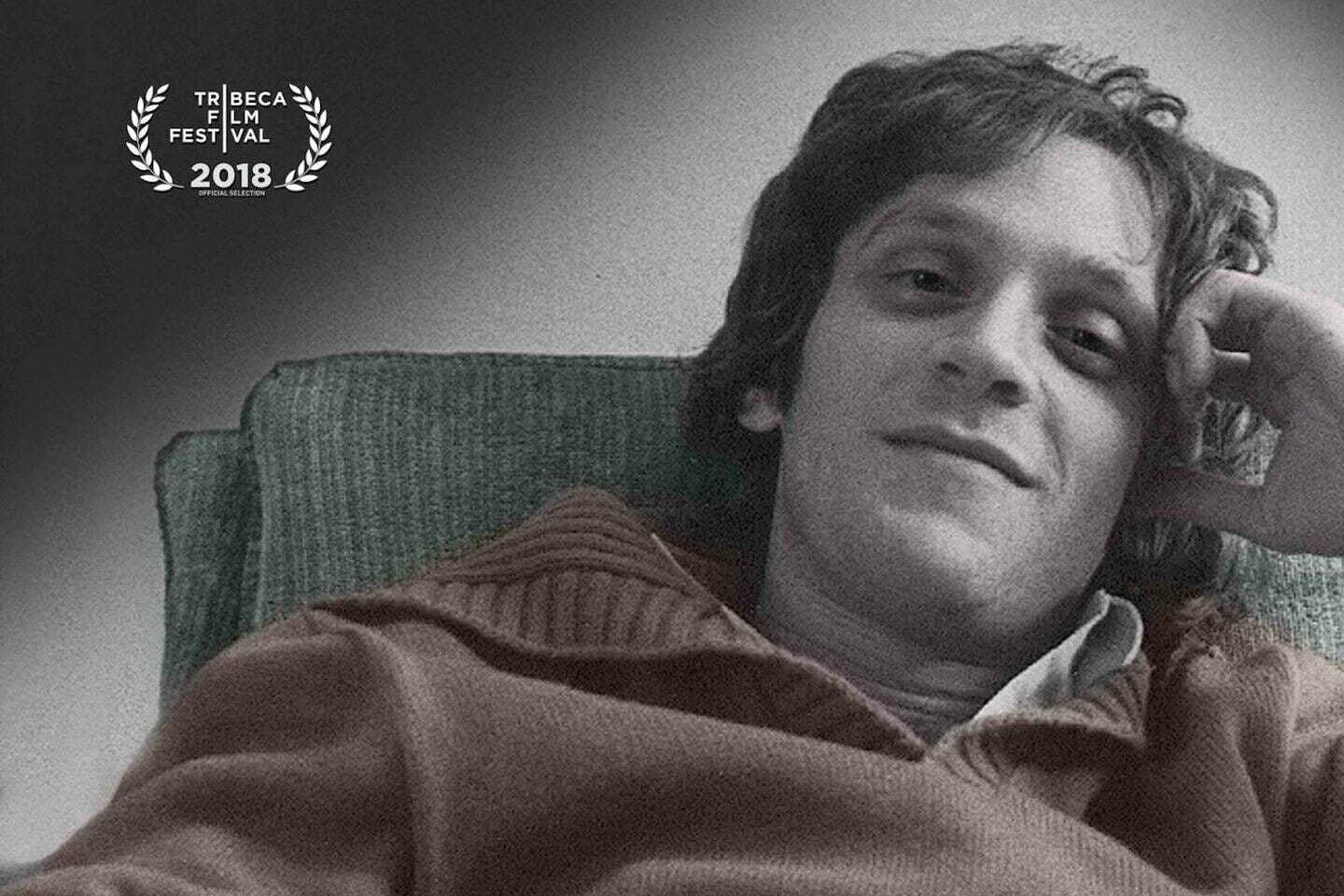 “Howard” is the untold story of Howard Ashman, the brilliant lyricist behind Disney classics like “Aladdin,” “Beauty and the Beast,” “The Little Mermaid” and creator of musicals including “Little Shop of Horrors.” 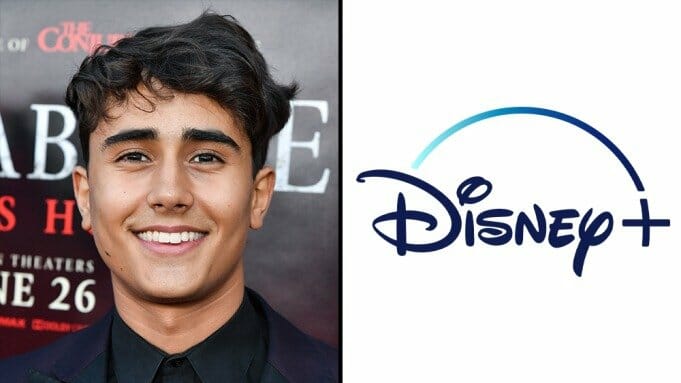 Set in the world of the acclaimed 2018 film, “Love, Simon” follows Victor, a new student at Creekwood High School on his own journey of self-discovery, facing challenges at home, adjusting to a new city, and struggling with his sexual orientation. When it all seems too much, he reaches out to Simon to help him navigate the ups and downs of high school. 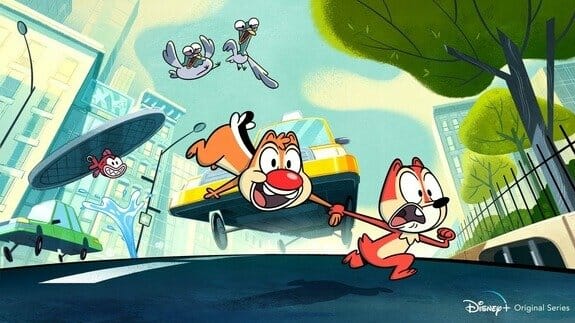 The beloved chipmunks return in a 21st century take on a cartoon classic produced by multi-award-winning French studio Xilam Animation. Now living in a small park in a bustling metropolis, these two tiny underdogs are taking on a world where everyone is bigger than them. Chip, the nervous worrier, and Dale, the laid-back dreamer, drive each other nuts but couldn’t live without each other. 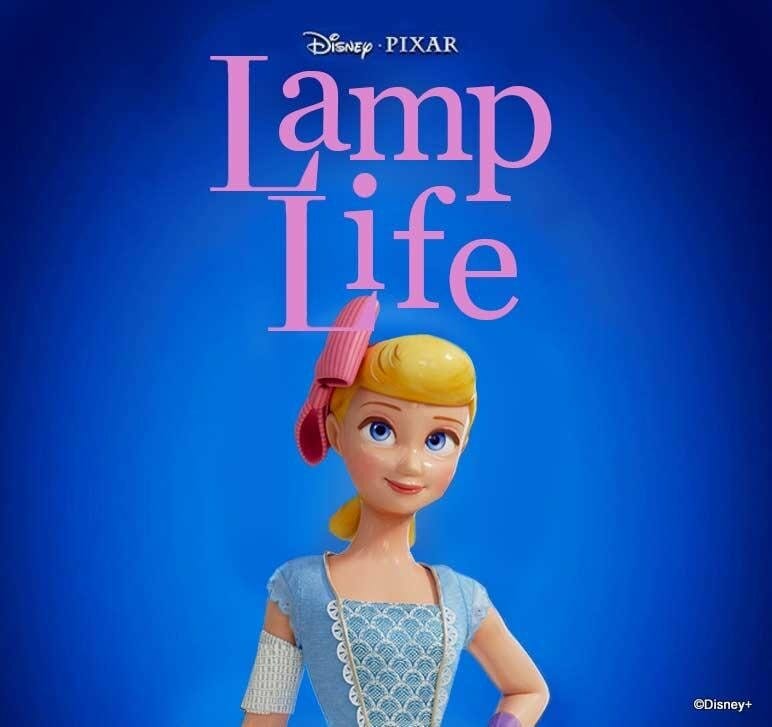 Bo Peep makes a big comeback in Disney and Pixar’s “Toy Story 4” and she stars in the all-new animated short film, finally answering the questions about where Bo was since we last we saw her in “Toy Story 2.”

The Emmy® award-winning animated series will be returning with twelve all-new episodes exclusively on Disney+. This will mark the return of classic characters Anakin Skywalker, Obi-Wan Kenobi and Padmé Amidala, as well as fan-favourites Ahsoka Tano and Captain Rex.

What if your family had the chance to create the next great Disney Parks dish? Hosted by Angela Kinsey, Be Our Chef invites families from diverse backgrounds to join a Disney-inspired cooking competition at Walt Disney World that is positive and playful in tone. In each episode, two families will participate in a themed challenge based on their family traditions and the magic of Disney. The finalists will apply what they have learned to create a dish that represents their family through a Disney lens. 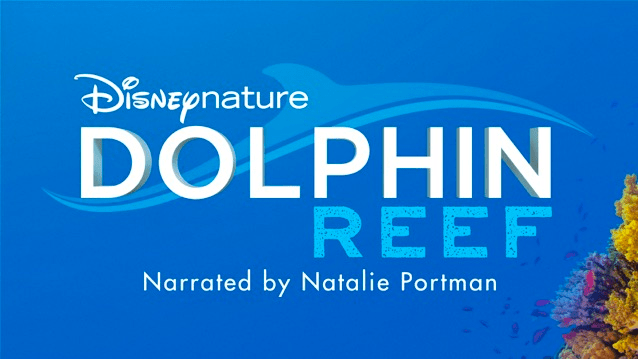 In “Dolphin Reef,” Disneynature dives under the sea to frolic with some of the planet’s most engaging animals: dolphins. Echo is a young bottlenose dolphin who can’t quite decide if it’s time to grow up and take on new responsibilities—or give in to his silly side and just have fun. Dolphin society is tricky, and the coral reef that Echo and his family call home depends on all of its inhabitants to keep it healthy. But with humpback whales, orcas, sea turtles and cuttlefish seemingly begging for his attention, Echo has a tough time resisting all that the ocean has to offer. Narrated by Natalie Portman and created by the team behind “Chimpanzee,” “Monkey Kingdom” and “Bears,” “Dolphin Reef” will release exclusively on Disney+.

Into the Unknown: Making Frozen 2 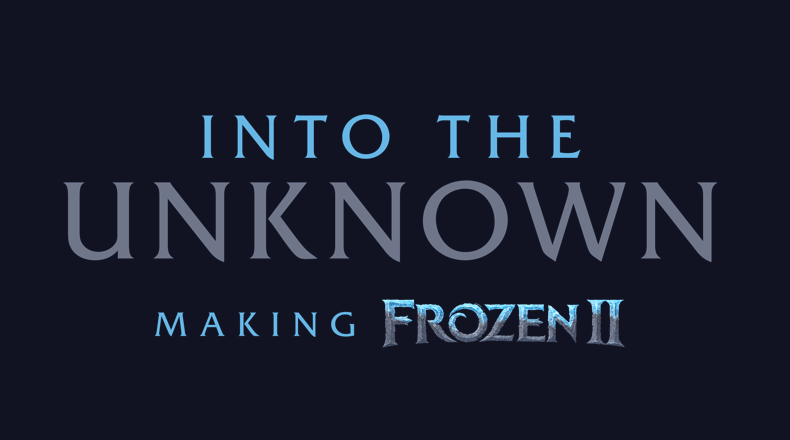 As never before in its near-century long history, Walt Disney Animation Studios is opening its doors, allowing cameras to capture in intimate detail how the voice cast, directors, and team of artists come together to create “Frozen 2.” This multi-episode documentary series shows the hard work, imagination, heart, fun and intensity that go into making one of the most highly-anticipated Disney Animation features of all time.

In the heart of Central Florida, a team of more than 1,000 highly respected animal-care experts, veterinarians and biologists perform groundbreaking work at Disney’s Animal Kingdom theme park and Epcot’s SeaBase aquarium. Now for the first time, National Geographic will offer viewers an all-access pass into the 24/7 world of the incredible animal caretakers running one of the most advanced veterinary facilities in the world.

An anthological documentary series from Marvel New Media in partnership with Supper Club that explores the intersection between Marvel’s rich legacy of stories, characters and creators and the world outside your window. Each documentary will dive into the rich historical, cultural and societal context that has become inseparable from stories of the Marvel Universe.

The Muppets will bring a new kind of mayhem and laughter to Disney+ with their first-ever unscripted short-form series, “Muppets Now.” Overflowing with spontaneous lunacy, surprising guest stars and more frogs, pigs, bears (and whatevers) than legally allowed, the Muppets cut loose with the kind of startling silliness and heartfelt fun that first made them famous.

Prop Culture is an anthology series that takes a unique look at beloved films through the props & costumes (now modern ‘artifacts’) that made them unique – from the craftspeople who created them, the actors who interacted with them, and the collectors / archives who own and cherish them. The show will be hosted by film historian/collector Dan Lanigan. Among the films featured in the first eight episodes are “Pirates of the Caribbean: The Curse of the Black Pearl,” “Mary Poppins,” “The Muppet Movie,” “Tron” and “Who Framed Roger Rabbit?” Prop Culture is produced by ABC Studios, Alternative and executive produced by Jason Henry and Dan Lanigan.

In each episode of (Re)Connect, a family will disconnect from their busy lives, devices and outside influences in order to address a relatable issue that’s driving a wedge between them. With the help of a specialized expert, each family will go on a unique journey to confront the family’s dilemma head on. Can they finally come together as a family to overcome their obstacles and reconnect?

Renowned journalist Bob Woodruff travels the world with his 27-year old son, Mack, and visits all of the places your average tourist is least likely to venture – the roguish, often misunderstood and frequently overlooked corners of the world whose hidden corners surprise, amaze and inspire. This is the family vacation most of us are least likely to take.

A new competition series featuring teams of inventive students, who are tasked with designing, building, and testing new contraptions. In each episode, a panel of experts will rate their work based on engineering, design, and the final test of the build. In the final episode one team will be named Shop Class Champs.

“Flora & Ulysses” tells the story of 10-year-old Flora, an avid comic book fan and a self-avowed cynic, who saves a squirrel she names Ulysses only to have its unique superhero powers wreak havoc in a series of humorous, antic-filled adventures that ultimately change Flora’s life—and her outlook—forever. Produced by Gil Netter and directed by Lena Khan, the film stars Matilda Lawler, Alyson Hannigan and Ben Schwartz.

The Phineas and Ferb Movie: Candace Saves the Universe 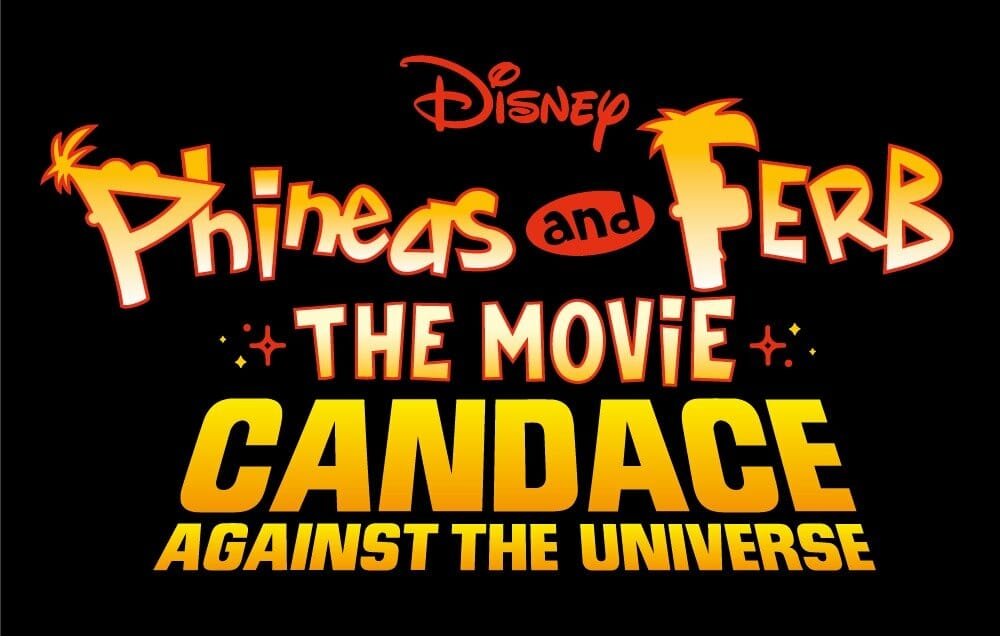 Stepbrothers Phineas and Ferb, their older sister Candace, Perry the Platypus and the Danville gang are back together again in “The Phineas and Ferb Movie: Candace Saves the Universe”, an animated adventure in production now. The movie, executive-produced by Dan Povenmire and Jeff “Swampy” Marsh (creators and executive producers of the long-running Emmy Award-winning series “Phineas and Ferb”), centers on Phineas and Ferb as they set out across the galaxy to rescue Candace who has been abducted by aliens and has found utopia in a far-off planet, free of pesky little brothers. Reprising their roles are: Ashley Tisdale as Candace Flynn; Vincent Martella as Phineas Flynn; Caroline Rhea as their mom, Linda; Dee Bradley Baker as Perry the Platypus; Alyson Stoner as Isabella; Maulik Pancholy as Baljeet; Bobby Gaylor as Buford; Olivia Olson as Vanessa; Tyler Mann as Carl; and Povenmire and Marsh as Dr. Heinz Doofenshmirtz and Major Monogram, respectively. David Errigo Jr. joins the cast as Ferb Flynn.

“Secret Society of Second Born Royals” introduces Sam (Peyton Lee), a rebellious princess second in line to the throne of the kingdom of Illyria. Just as Sam’s disinterest in the royal way of life is at an all-time high, she is stunned to learn that she has superpowers and belongs to a secret society with a longstanding tradition of covertly keeping the peace throughout the kingdom. The movie follows Sam’s adventures at a top-secret training program for a new class of second-born royals tasked with saving the world. 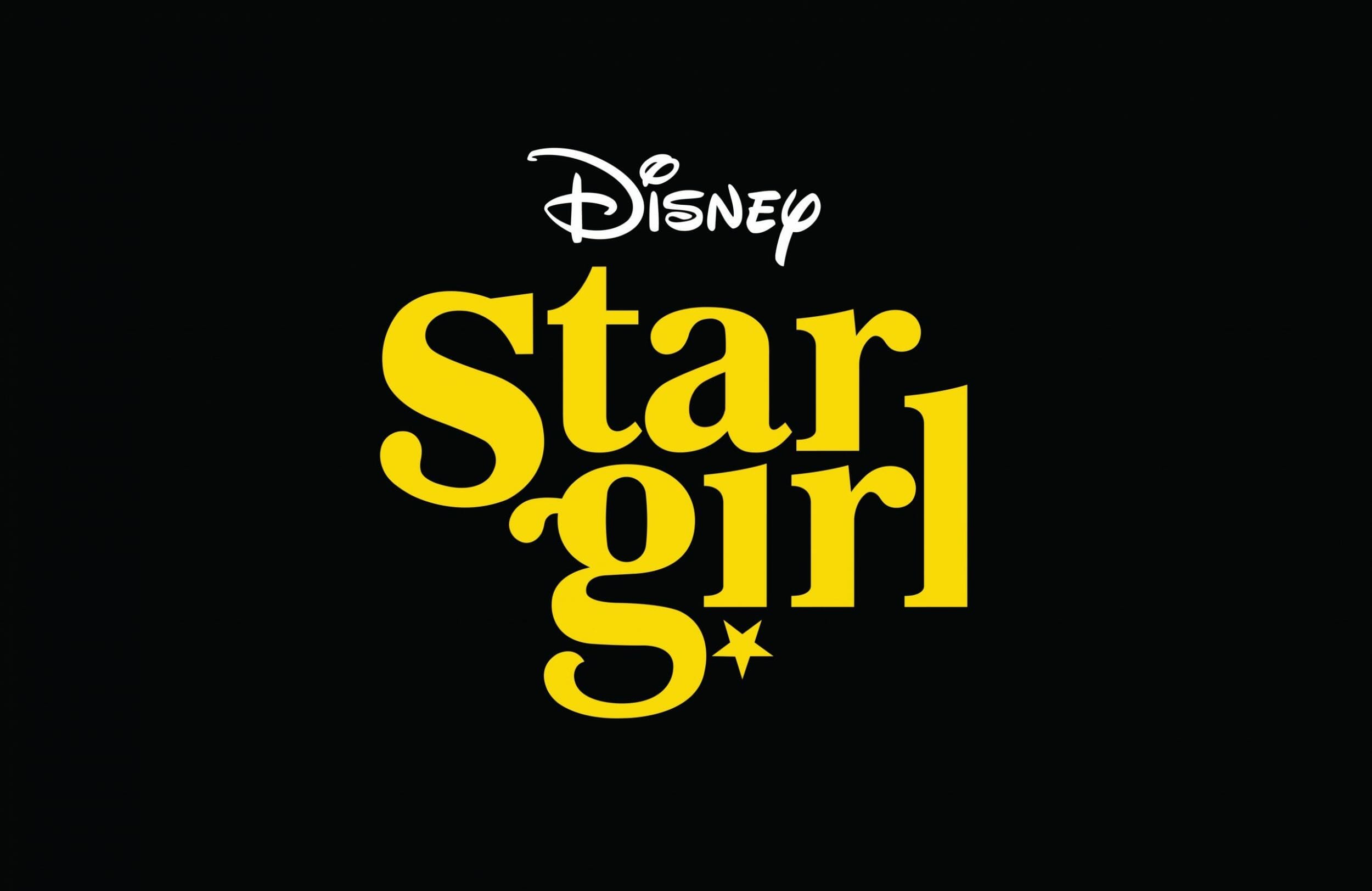 “Stargirl” from Disney+ is a tender and offbeat coming-of-age story based on the critically-acclaimed, New York Times’ best-selling young adult novel about an unassuming high schooler who finds himself inexplicably drawn to the free-spirited new girl, whose unconventional ways change how they see themselves…and each other. 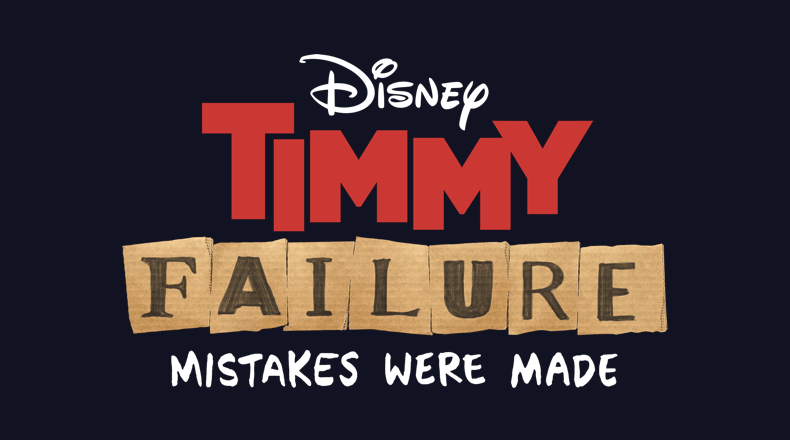 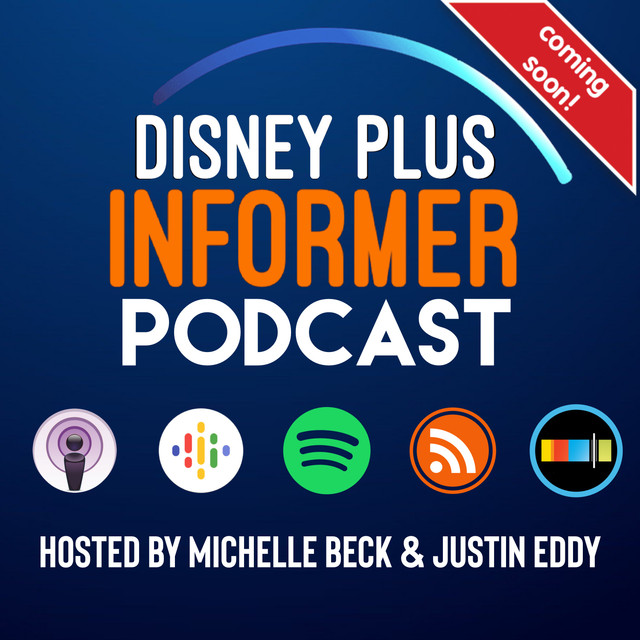