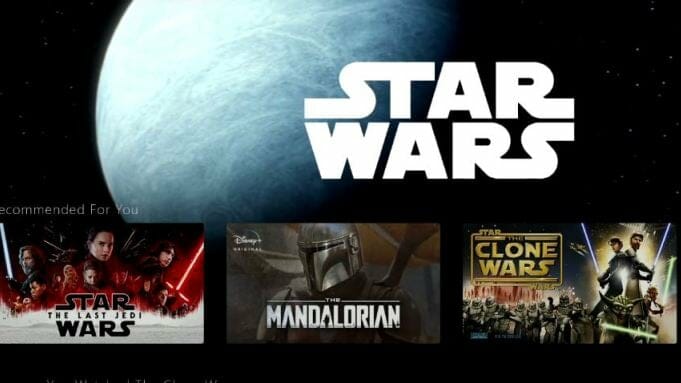 Here’s the full list of everything Star Wars coming to Disney+ in the US on November 12:

During the first year of service launch in the US, Star Wars: The Last Jedi, Solo: A Star Wars Story, and Star Wars: The Rise of Skywalker will become available. Coming to Disney+ in February 2020 is the long-awaited conclusion of the beloved animated series Star Wars: The Clone Wars, with 12 new episodes helmed by series shepherd Dave Filoni. A Cassian Andor live-action series starring Diego Luna (reprising his Rogue One role) is in the works for Disney+, and just announced at D23 Expo 2019, an Obi-Wan Kenobi series starring Ewan McGregor is planned for the service.