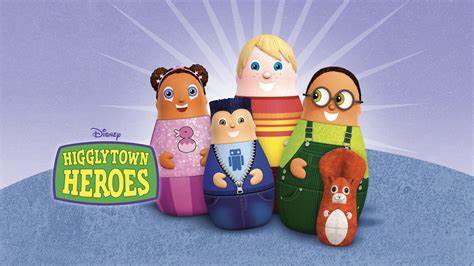 Disney+ has announced the full list of everything coming to the United Kingdom and Ireland in January 2022 including premieres of new Disney+ and Star Original Series, additional episodes of fan-favorite series, and new library title additions.  One of the new titles that will be added to Disney+ next month is Season 1 of “Higglytown Heroes” which arrives on Wednesday, January 5, 2022.

Kip, Wayne, Eubie and Twinkle are a group of friends who live in Higglytown. They love singing and their best friend, Fran, is a red squirrel. The series focuses on everyday community characters like grocers, librarians, and mail carriers. The kids of Higglytown learn the importance of different jobs and have fun around their neighborhood together.