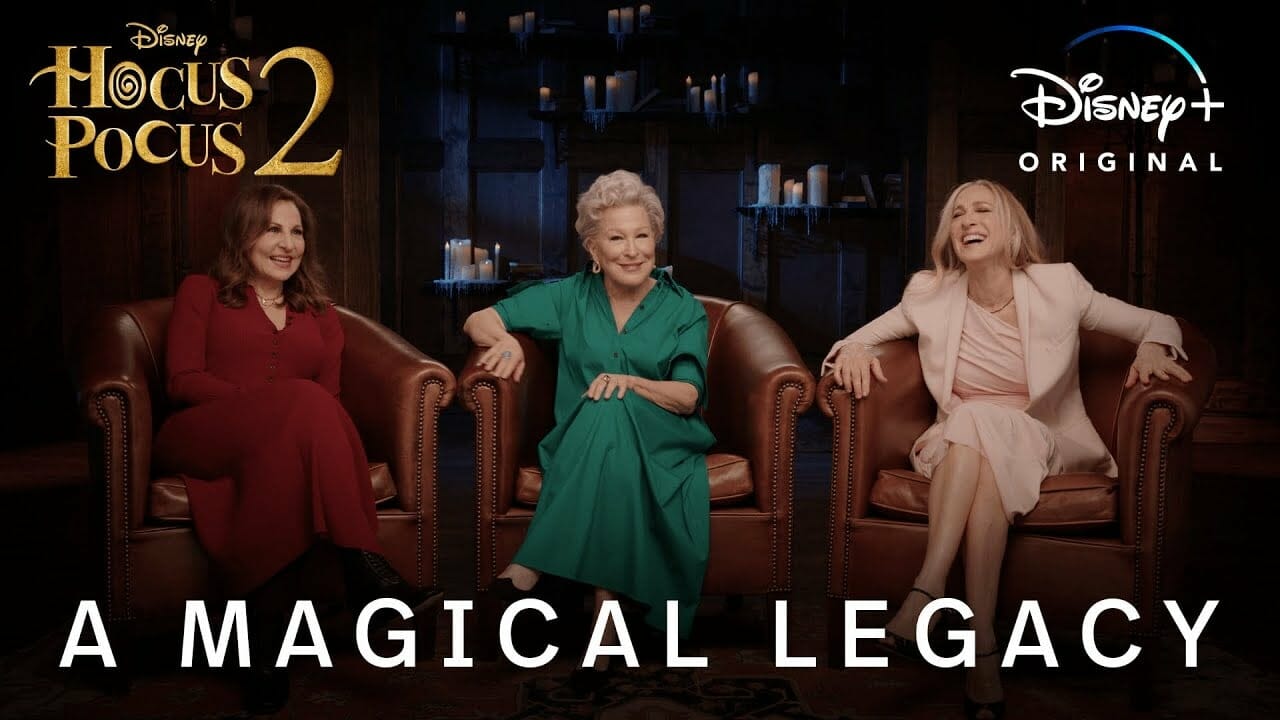 Disney has released a new “A Magical Legacy” featurette for the Disney+ Original movie “Hocus Pocus 2” which premieres on Disney+ on Friday, September 30, 2022.  The film reunites Bette Midler, Sarah Jessica Parker and Kathy Najimy which brings back the delightfully wicked Sanderson sisters for more comedic mayhem.