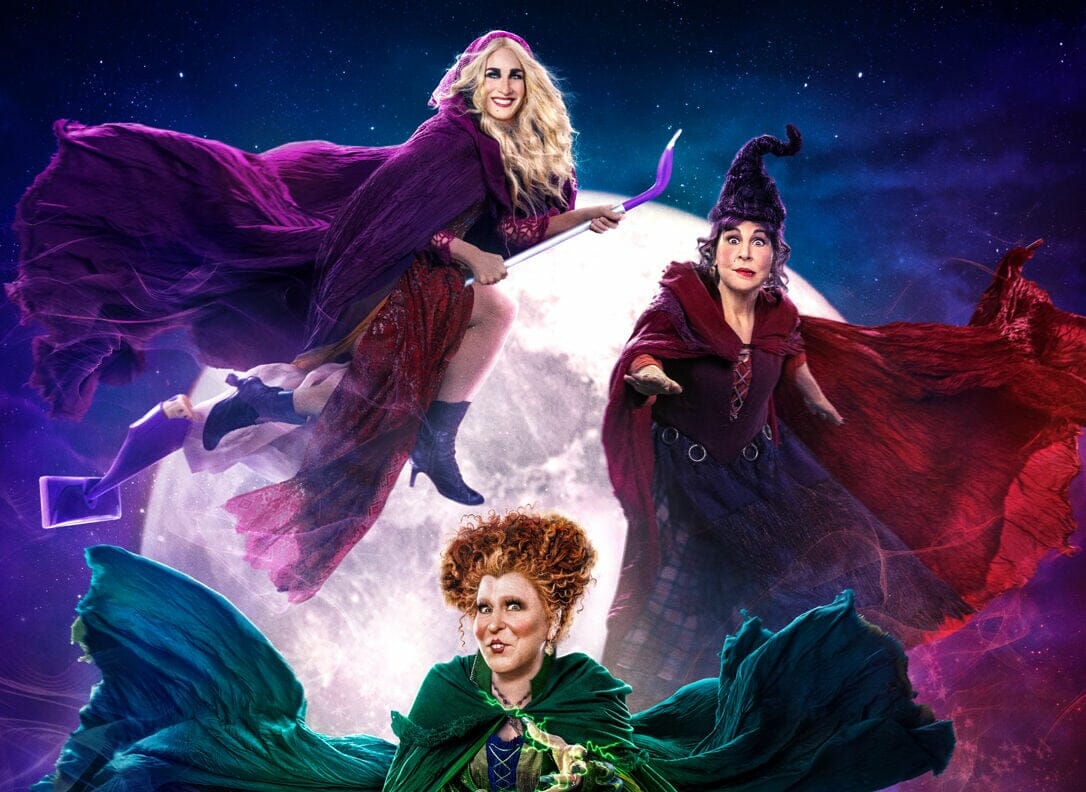 “Hocus Pocus 2” set a record for streaming minutes by a movie on Nielsen’s weekly chart.  According to Nielsen, the movie drew in more than 2.7 billion minutes of viewing from September 26 to October 2.

The sequel beat the previous streaming movie record set by Disney’s animated film Encanto which had 2.2 billion minutes of viewing from December 27, 2021, through January 2, 2022.

Per Deadline, Nielsen’s weekly rankings measure only streaming via a TV screen (meaning mobile viewing is not counted) for titles on Disney+, Hulu, Apple TV+, Prime Video, HBO Max and Netflix, with numbers reported after nearly a month’s delay. 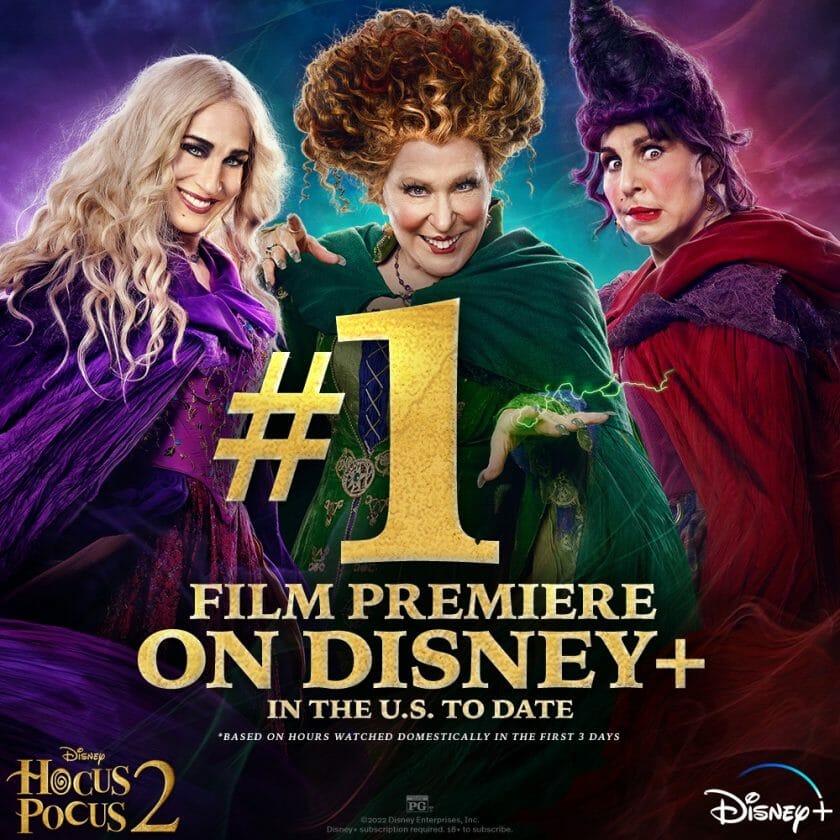 Last month, Disney announced that the Disney+ Original movie “Hocus Pocus 2” was the #1 film premiere on Disney+ domestically to date, based on hours streamed in the first three days of its release.

“Hocus Pocus 2” is available to stream now on Disney+.