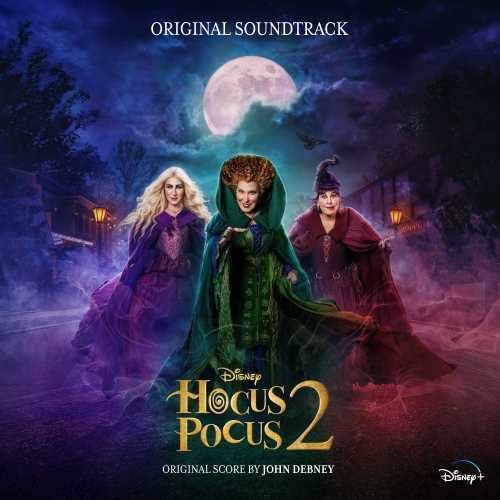 Walt Disney Records has released the official soundtrack album for the Disney+ Original movie “Hocus Pocus 2” which is now streaming on Disney+.

The soundtrack is available on various digital platforms including Spotify and Amazon.  A CD version will also release on November 11 and is now available for pre-order on Amazon.

The album features the film’s original score composed by Academy Award nominee John Debney.   Debney has previously worked on The Passion of the Christ, The Jungle Book, Iron Man 2, Elf, The Emperor’s New Groove and also previously scored the original 1993 Hocus Pocus movie. Also included are two new songs performed by lead actresses Bette Midler, Sarah Jessica Parker & Kathy Najimy, their cover of Blondie’s One Way or Another, as well as tracks by The B-52’s, LVCRFT, Rockwell & others.

You can view the track list from the album below (CD version):

You can check out the trailer for the movie below: