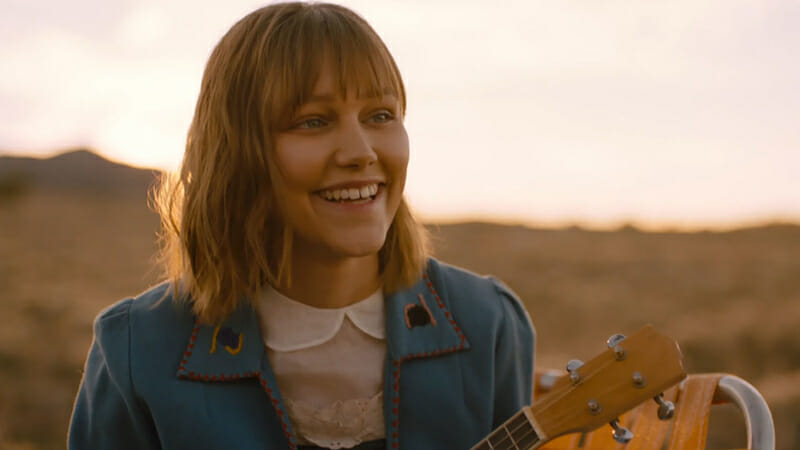 “Hollywood Stargirl,” the first sequel to the 2020 Disney+ Original Movie “Stargirl,” officially started production last May.  Not much has been revealed about the movie since then but we may be closer to a Disney+ release date announcement.

The romantic drama which debuted last year, adapted the best-selling book by Jerry Spinelli, and told the story of a boy living in Arizona whose life is turned upside down when he meets and falls in love with a colorful girl named Stargirl (Grace VanderWaal).

The sequel follows Stargirl’s (VanderWaal) journey out of Mica into a bigger world of music, dreams and possibility. Elijah Richardson will play Evan, the romantic lead opposite VanderWaal. Uma Thurman plays a musician by the name of Roxanne Martel, whom Stargirl encounters along her journey and becomes inspired by, and Judy Greer stars as Ana Stargirl’s mother. Judd Hirsch will play Mr. Mitchell, one of Stargirl’s new neighbors while Tyrel Jackson Williams will play Terrell, Evan’s older brother and an aspiring filmmaker.

“Stargirl” is available to stream now on Disney+.

1 thought on “‘Hollywood Stargirl’ Could Release on Disney+ in June”