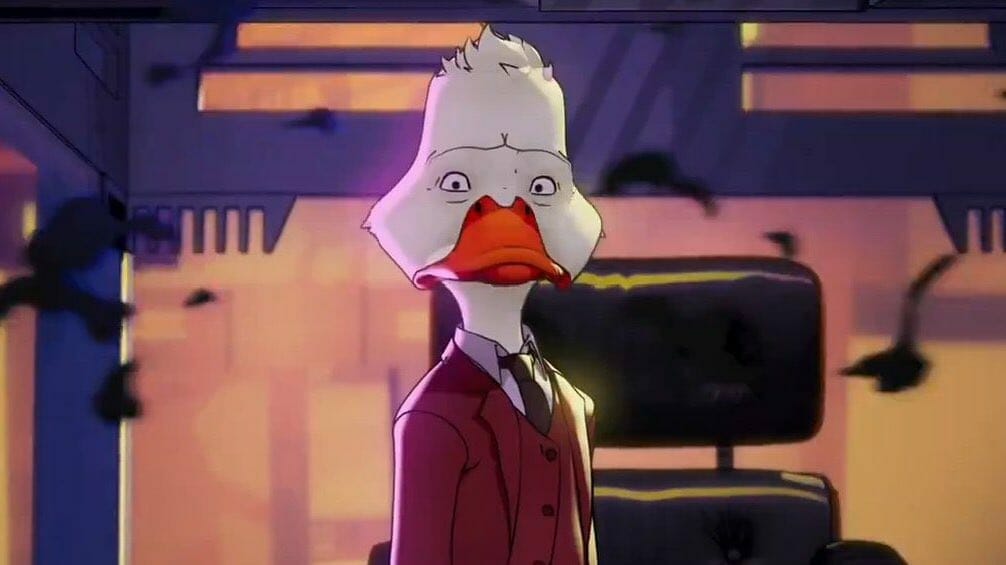 Yesterday, Disney+ released the trailer for Marvel’s first animated series “What If…?”  The new series features fan-favorite characters, including Peggy Carter, T’Challa, Doctor Strange, Killmonger, and Thor…however with a curious twist.  The trailer made quite a stir on social media with fans expressing heartfelt sentiments for Chadwick Boseman’s final performance as Black Panther, other fans were quick to point out Tony Stark clearly wasn’t being voiced by Robert Downey Jr. and what had fans really excited….was the return of Howard the Duck.

Seth Green, who originally voiced the character for those brief appearances, confirmed his involvement on Twitter which you can see below.

Beyond excited to be even a small (albeit fowl) part of this EPIC show@MarvelStudios @disneyplus #WhatIf pic.twitter.com/ytbYycBgQ0

Lea Thompson, who starred in the original Howard the Duck movie, was also excited for the character’s return going as far to say she’d be willing to return as director on an MCU reboot.

I see #HowardTheDuck is trending #3. That’s awesome. #i love my duck #WhatIf I get to direct @Marvel reboot.

The 1986 film was produced by Lucasfilm and was widely considered a flop, earning itself four Golden Raspberries and a Stinkers Bad Movie Award for Worst Picture.  Despite all of that negativity, the film earned a cult following along the way.  Kevin Smith even had a Howard the Duck animated series in development at one time.

Could all the buzz from Howard’s appearance in “What If…?” kick off a reboot?  Guess we’ll just have to wait and see.

Marvel’s “What If…?” is set to premiere on August 11th on Disney+.  You can watch the trailer below: