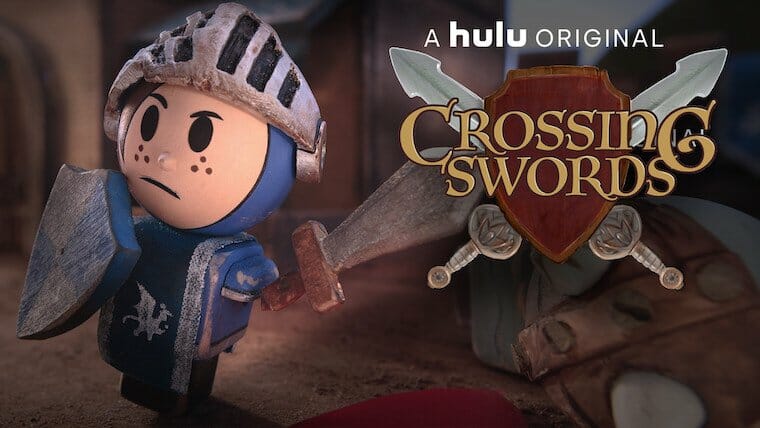 “Crossing Swords” returns to Hulu for season two on December 10, 2021.

Hulu’s stop-motion medieval comedy “Crossing Swords” returns for season two! Another ten episodes of bingeable mayhem, representing the next chapter in the adventures of Patrick the long-suffering squire (Nicholas Hoult) as he climbs the ladder of knighthood in the service of the volatile King Merriman (Luke Evans). There are new friends to make, new enemies to vanquish, and new horrors to scar Patrick for life; including bloodthirsty leprechauns, an island of killer monkeys, and a shadowy villain who could destroy everything Patrick has ever known! From creators John Harvatine IV and Tom Root, and Stoopid Buddy Stoodios, the producers of Robot Chicken and Marvel’s M.O.D.O.K.! Also featuring the voice talents of Alanna Ubach, Tara Strong, Tony Hale, Adam Ray, Maya Erskine, Adam Pally, Seth Green, Wendi McLendon-Covey, Breckin Meyer, Jameela Jamil and more!

You can watch the video announcement from Hulu below: