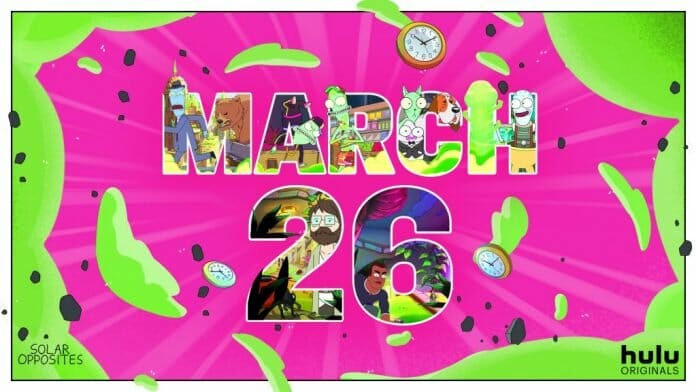 Hulu has released the trailer for Season 2 of “Solar Opposites” which premieres on the streaming service on Friday, March 26th.

In Season 2, Korvo is ready to say so long Earth suckers… or so he thought.

Solar Opposites, which launched last May on the streaming service, was one of Hulu’s most-watched original comedy premieres to date. Co-created by Justin Roiland (Rick & Morty) and Mike McMahan (ex-writer’s assistant on Rick & Morty), Solar Opposites centers around a family of aliens from another world who must take refuge in middle America. They disagree on whether Earth is awful or awesome.

A new season of “Solar Opposites” lands on March 26th, only on Hulu.