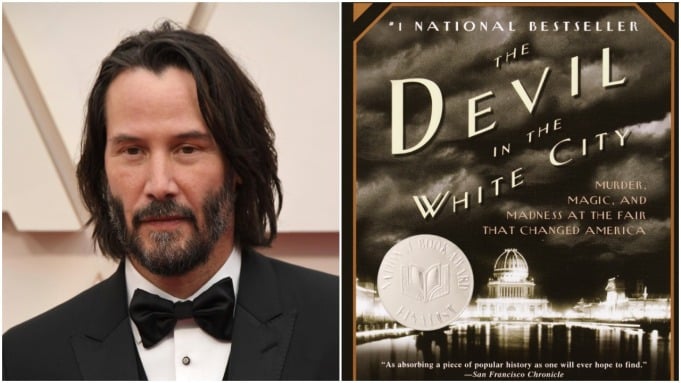 According to Deadline,  Keanu Reeves is in talks to star in Hulu’s adaptation of Erik Larson’s The Devil In The White City.

If Reeves signs on, it would mark his first major U.S. TV role.  Reeves is best known for playing Neo in the science fiction series The Matrix,  Bill & Ted’s Excellent Adventure, Speed, Point Break and can be seen next in John Wick: Chapter 4, which is set to release in 2023.