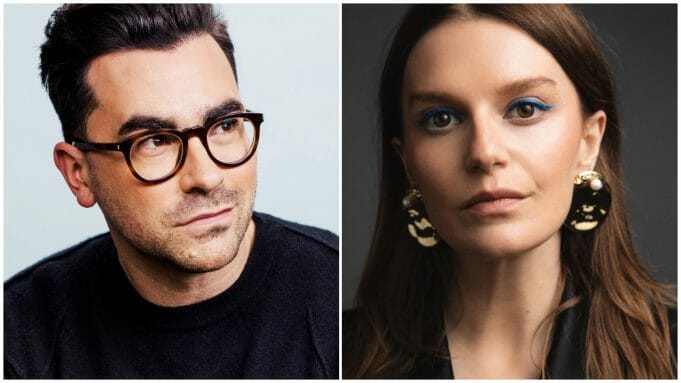 Hulu has ordered an animated series titled “Standing By” from creators Dan Levy and Ally Pankiw.  The series will stream on Hulu in the United States and is also expected to release on Star+ in Latin America and on Disney+ in all other territories.

According to the logline, the series is a “satirical look into the lives of a group of eternally bound, disgruntled guardian angels and the lessons they’ll eventually learn from not only the dysfunctional humans they’re in charge of protecting, but also each other.”

“Standing By is about the hilarity, embarrassment, and melodrama of everyday life as observed by a team of judgmental, gossip-starved Guardian Angels. We are very excited to bring this world to life with the help of Hulu, 20th Television Animation, and Bento Box Entertainment. Not to mention an insanely brilliant cast of actors,” reads a statement from Levy and Pankiw.

Levy will executive produce the series, which comes from his previous overall deal at ABC Signature, under his Not a Real Production Company banner.

The animated series is from 20th TV Animation

The series order comes on the heels of several productions from 20th Television Animation for Hulu Originals including Solar Opposites (which was just picked up for a fifth season), Futurama and Koala Man, the latter of which premieres January 9.