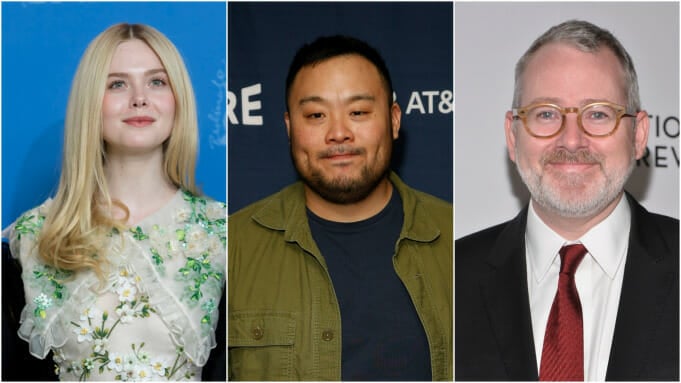 Today, during the Hulu Press Tour, Hulu presented the company’s lineup of upcoming original programming including two new series, The Girl From Plainville and The Next Thing You Eat.

Written by Liz Hannah (The Post; The Dropout) and Patrick Macmanus (Dr. Death), The Girl From Plainville stars Elle Fanning (The Great) as Michelle Carter and is inspired by the true story of her controversial “texting-suicide” case. Based off of the Esquire article of the same name by Jesse Barron, the limited series will explore Carter’s relationship with Conrad Roy III and the events that led to his death and, later, her controversial conviction of involuntary manslaughter.

Executive producers for the series include co-showrunners Hannah and Macmanus, Fanning and Echo Lake’s Brittany Kahan Ward. Consulting producers include Barron and Erin Lee Carr (I Love You, Now Die). The Girl From Plainville is a production of UCP, a division of Universal Studio Group. Kelly Funke will oversee for Macmanus’ Littleton Road Productions.

From the Emmy® nominated creators of Ugly Delicious—James Beard Award–winning chef David Chang and Academy Award–winning documentary filmmaker Morgan Neville—The Next Thing You Eat is a six-episode docuseries that explores the seismic changes happening all around us and how they affect not only the restaurant world but people’s fundamental relationship to food. Chang and a diverse cast of correspondents will take an unflinching look at the challenges and opportunities ahead, including how our food is grown, who cooks it, how we pay for it, and whether or not deliciousness will fall by the wayside. What kind of food world awaits us in the coming years? The Next Thing You Eat aims to find out.